SEOUL, Nov. 11 (Yonhap) -- South Korea has tested an unmanned air taxi service in the capital city of Seoul as it seeks to commercialize urban air mobility services in 2025, the transport ministry said Wednesday.

The government has tested six drone taxis in Yeouido, western Seoul, the Ministry of Land, Infrastructure and Transport said in a statement.

It is the first time for the country to test the drone taxi service in a densely populated city.

The six drones used in the demonstration are EH216s made by Chinese pilotless air taxi firm Ehang. They have two seats and weigh 650 kg per drone, the ministry said, adding the "K-drone traffic management system" is being developed under a state-financed project. 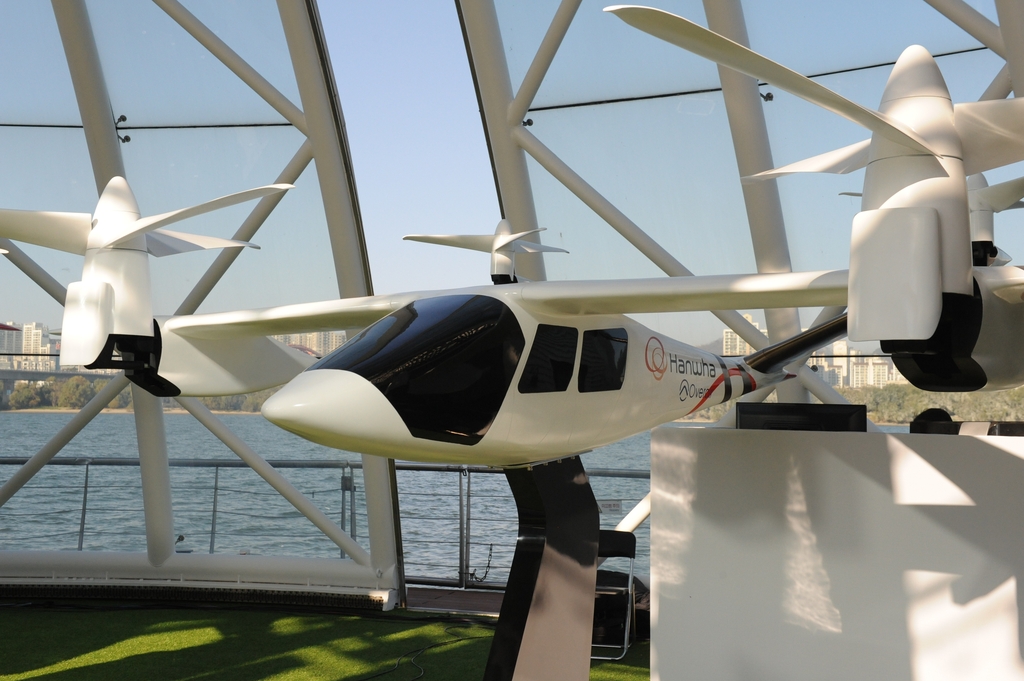 Hanwha Systems Co., a defense industry and ICT service unit of chemical-to-finance conglomerate Hanwha Group, unveiled the Butterfly, the mockup of a personal air vehicle it is developing with U.S.-based air taxi startup Overair, during the air taxi event.

The company said it is seeking to establish a "verti-hub," the terminal for the takeoff and landing of air taxis, at Gimpo International Airport in western Seoul in cooperation with Korea Airports Corp.

The verti-hub, if built, will be the world's first such facility for drone taxis, according to Hanwha Systems.

The drone taxi program is in line with the government's broader plans to develop urban air mobility (UAM) solutions to begin commercial services in 2025 to alleviate ground traffic congestion and secure a future growth engine.

The global UAM market is expected to reach US$1.5 trillion by 2040, Hanwha said.

Air taxis equipped with electric vertical takeoff and landing (eVTOL) functions are expected to be available in some cities of the United States and Europe for commercial services by 2025, the statement said.

In September, the ministry tested an autonomous drone food delivery service amid the rising non-contact trend in the wake of the COVID-19 pandemic in Sejong City, an administrative hub 130 km southeast of Seoul.

In Sejong, five drones delivered meals and other products to people at homes two to three kilometers away across a lake and at high-rise buildings within 10 minutes. 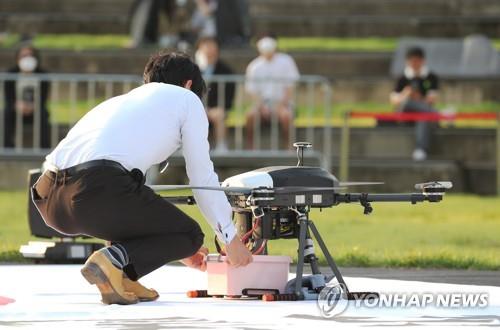