On Monday, the company made public its plan on its website to woo investors. Ernst & Young Han Young, the sale manager for the deal, will finalize the bidding by Nov. 23.

The KDB-led creditors wholly own the shipyard after debt-for-equity swaps and a debt rescheduling program.

STX Offshore started its debt rescheduling program in 2013 and was released from the program in July 2017. 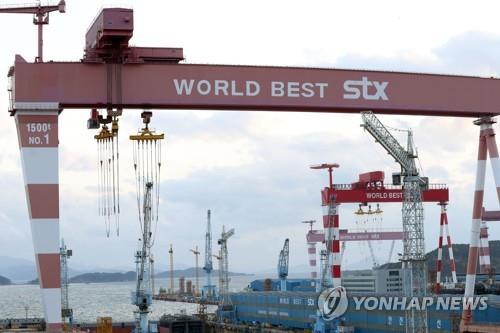 "The announcement means creditors will accept any ways by bidders to sell the company," a company official told Yonhap News Agency on condition of anonymity.

The sale will proceed in the form of a so-called stalking-horse bid, which allows a preliminary preferred bidder a right to buy assets up for sale unless open bidding falls through.

A consortium of local private equity fund KH Investment and United Asset Management Company (UAMCO), South Korea's biggest bad debt clearer, has been chosen as the preliminary bidder for the purchase of the shipyard.