SEOUL, Nov. 10 (Yonhap) -- The KT Wiz may have lost their first-ever South Korean baseball postseason game on Monday, but manager Lee Kang-chul chose to look on the bright side in his postmortem the following day.

The Wiz dropped to the Doosan Bears 3-2 in Game 1 of their best-of-five second round in the Korea Baseball Organization (KBO) postseason. It's already a deep hole, considering that Game 1 winners of the second round have gone on to win the series 26 out of 32 times previously. 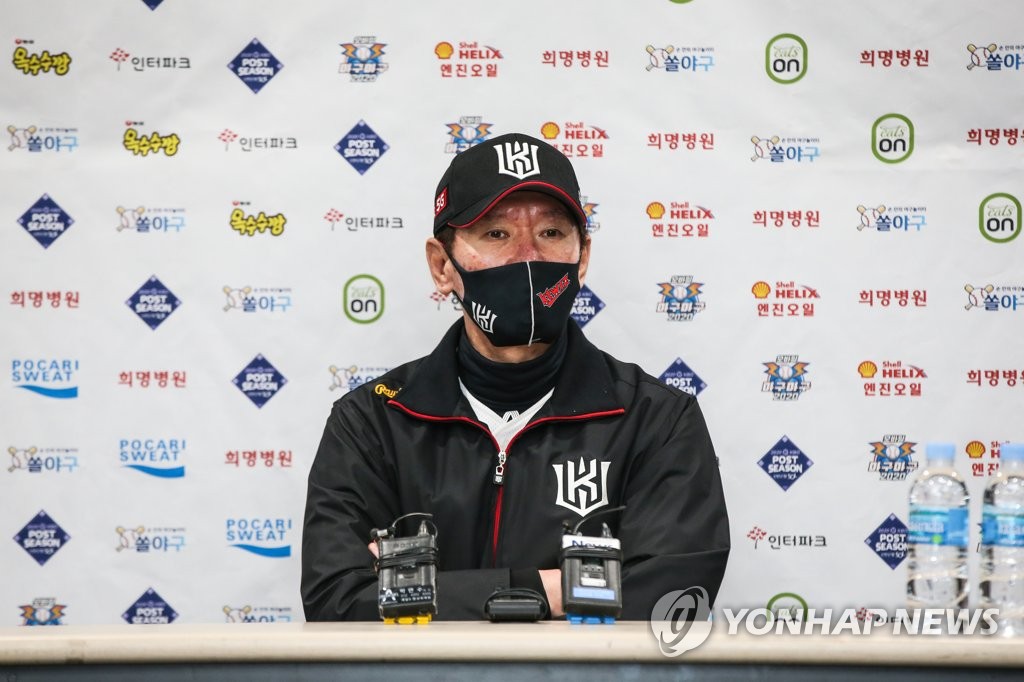 But Lee said Tuesday the opening loss provided valuable learning experience for his club, where only seven out of 30 players on the roster made postseason appearances before.

Lee also owned up to his mistakes in bullpen management. Rookie starter So Hyeong-jun was outstanding in 6 2/3 shutout innings, and he left the mound with the game still scoreless in the seventh inning. After reliever Ju Kwon stranded two runners to close out the seventh, Lee summoned starter William Cuevas out of the bullpen to begin the eighth inning.

Cuevas hit the first batter he faced, and the Bears ended up scoring twice that inning.

Lee said he was trying too hard to preserve the tie because he didn't want to waste a gem by So. He could have gone to a more traditional reliever, but Lee said postgame on Monday that he didn't think his homegrown pitchers could handle the nerves as well as Cuevas would.

"I think it was a mistake on my part," Lee said. "But on the positive side, Cuevas got some work in before he starts later in this series. And I think our players won't be as nervous in upcoming games."

Closer Kim Jae-yoon was brought in to clean up the mess created by Cuevas but instead allowed both inherited runners to score. Lee said Kim will have to shake it all off because he'll be asked to pitch in more high-leverage situations in the series.

"I am sure he learned his lessons from last night," Lee said. "I hope he can bear down from now and overcome this." 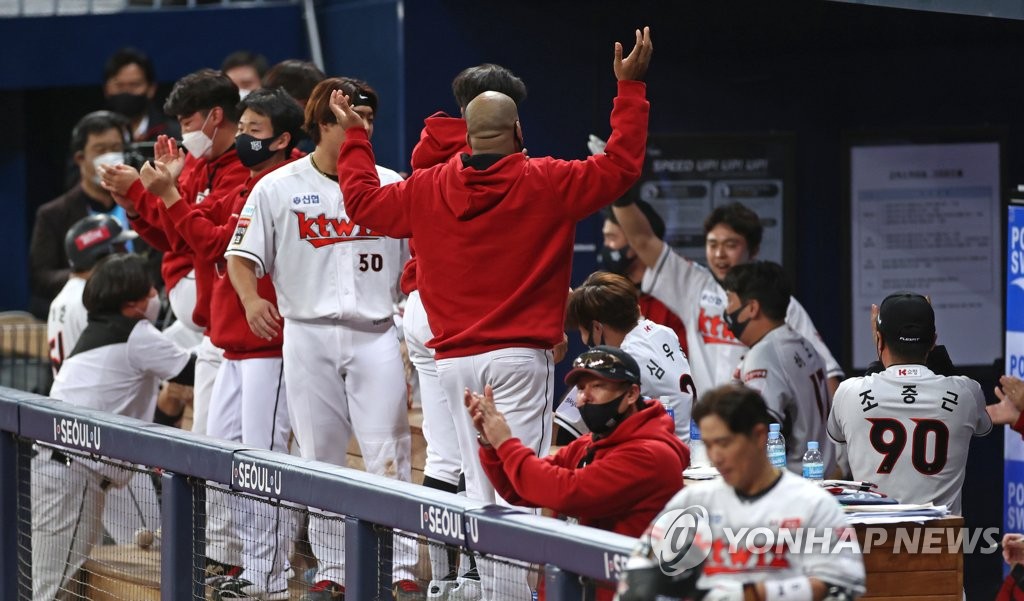