Park and Suga were expected to discuss the long-simmering issue of Japan's wartime forced labor, as well as Seoul's efforts to host a trilateral summit with China and Japan next month and seize on next year's Tokyo Olympics to reengage with Pyongyang.

Seoul's spy chief, keen on creating momentum to reengage with the North, was also expected to use his talks with Suga to enlist Tokyo's cooperation in bringing the North back to dialogue on the occasion of next year's Olympic Games. 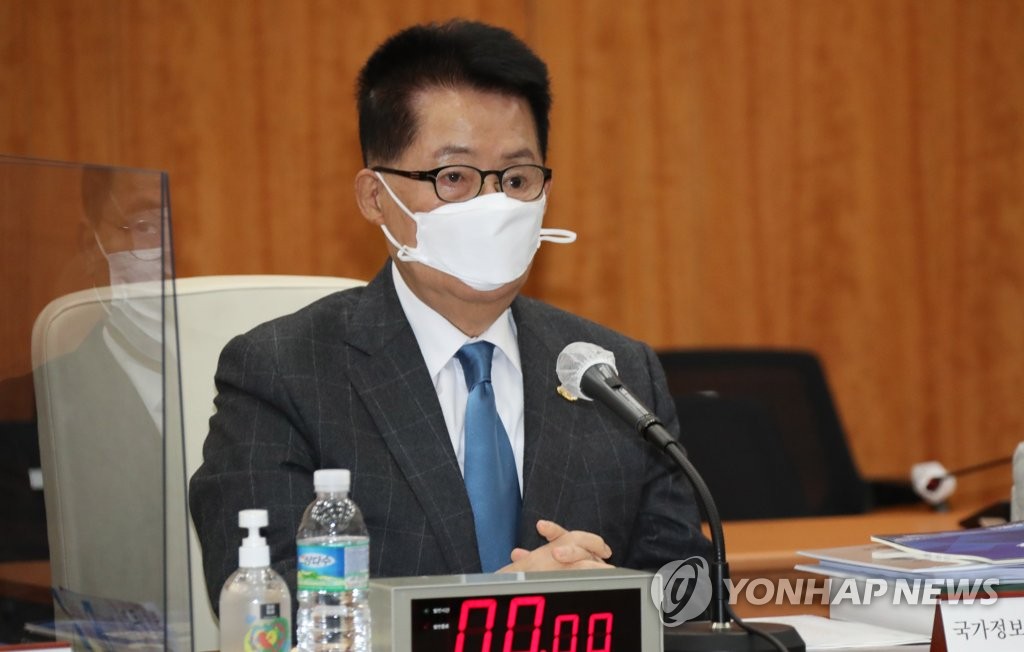