SEOUL, Nov. 10 (Yonhap) -- As the fixture in the heart of the Doosan Bears' lineup, slugger Kim Jae-hwan is counted on to keep driving in runs. That responsibility, though, isn't something that keeps Kim up at nights.

"I see myself as a member of this team, not just as the cleanup hitter," Kim said Tuesday during his media availability before facing the KT Wiz in Game 2 of the best-of-five second round in the Korea Baseball Organization (KBO) postseason. "We have so many great hitters and I have confidence in those guys. I just try to do whatever the situation calls for." 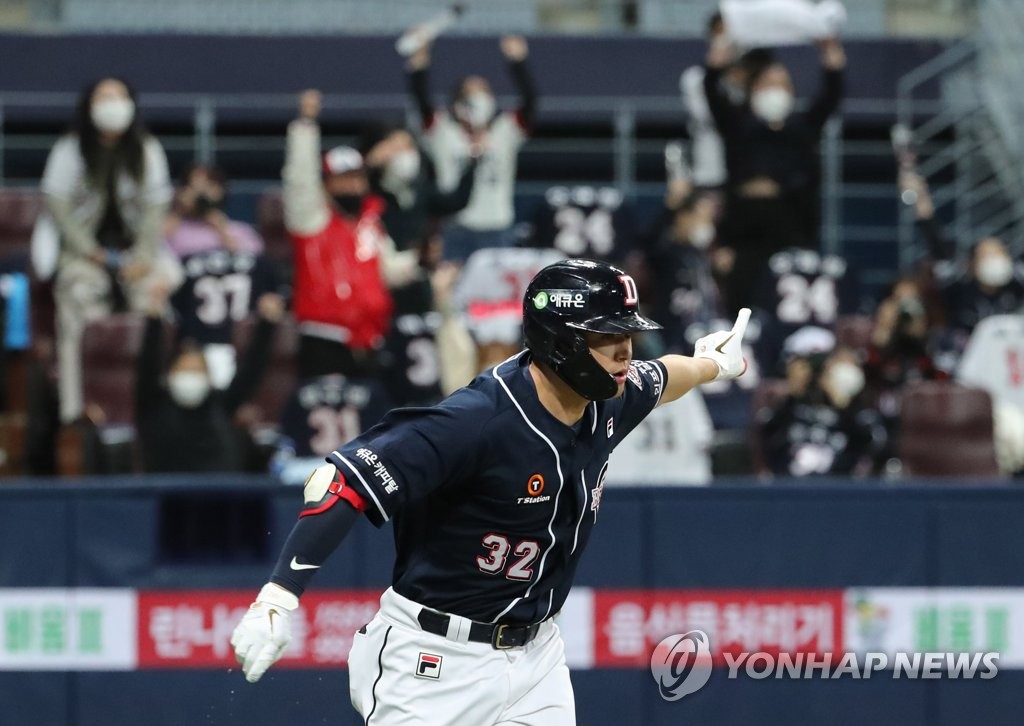 Kim went 2-for-4 with an RBI in the Bears' 3-2 victory in Monday's opening game. He had gone 1-for-7 without an RBI in the previous postseason series against the LG Twins.

The outfielder has been one of the KBO's premier sluggers in recent years. In four of the past five seasons, Kim drove in over 100 runs, including a career-high 133 during his MVP-winning season in 2018. After slumping to 15 home runs and 91 RBIs in 2019, Kim bounced back with 30 homers and 113 RBIs.

But Kim's batting average fell from .283 to .266, his lowest since becoming an everyday player in 2016. He closed out the season on a 3-for-25 funk, and all three hits came in one game. He was held hitless in six of his final seven games.

The 32-year-old said those regular season slumps are already a distant memory.

"The playoffs are different than the regular season, and so I've not been thinking about those late regular season games," Kim said. "I am just trying to concentrate on each at-bat."

Kim came into the series against the Wiz carrying a .306 career postseason batting average, with six homers and 15 RBIs in 22 games. 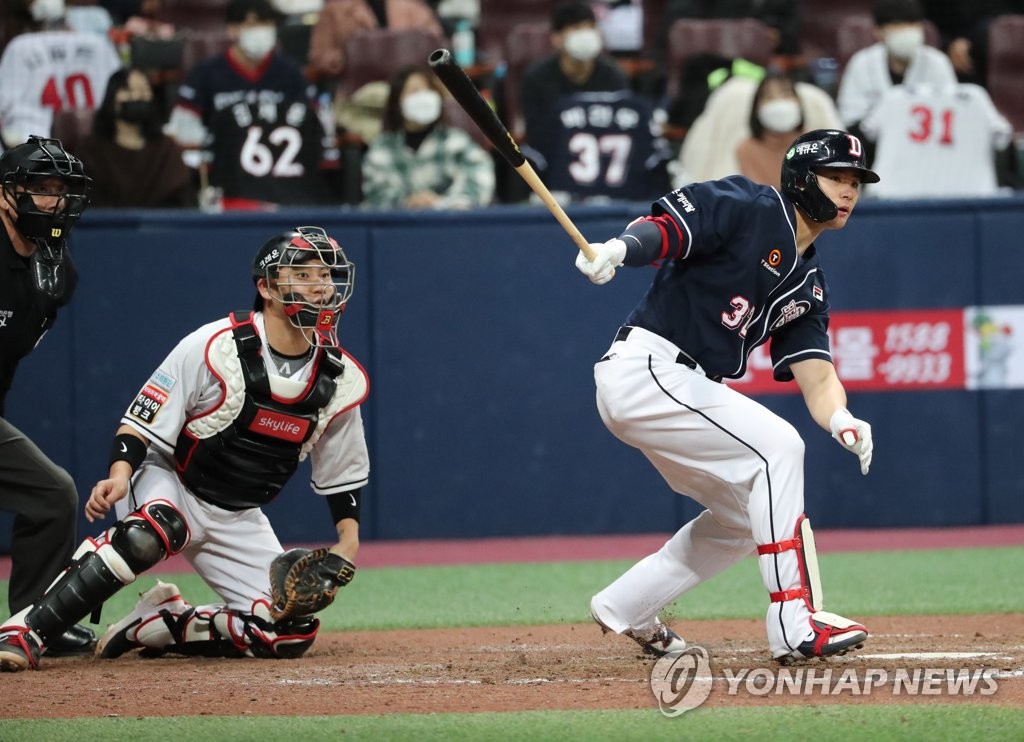