SEOUL, Nov. 10 (Yonhap) -- Doosan Bears' outfielder Kim Jae-hwan is a man of few words. When he does speak, Kim often resorts to cliches. The slugger is all about taking one at-bat at a time and giving his 110 percent.

On Tuesday, Kim's bat did much of the talking in a Korea Baseball Organization postseason game, and there was nothing cliched about it. 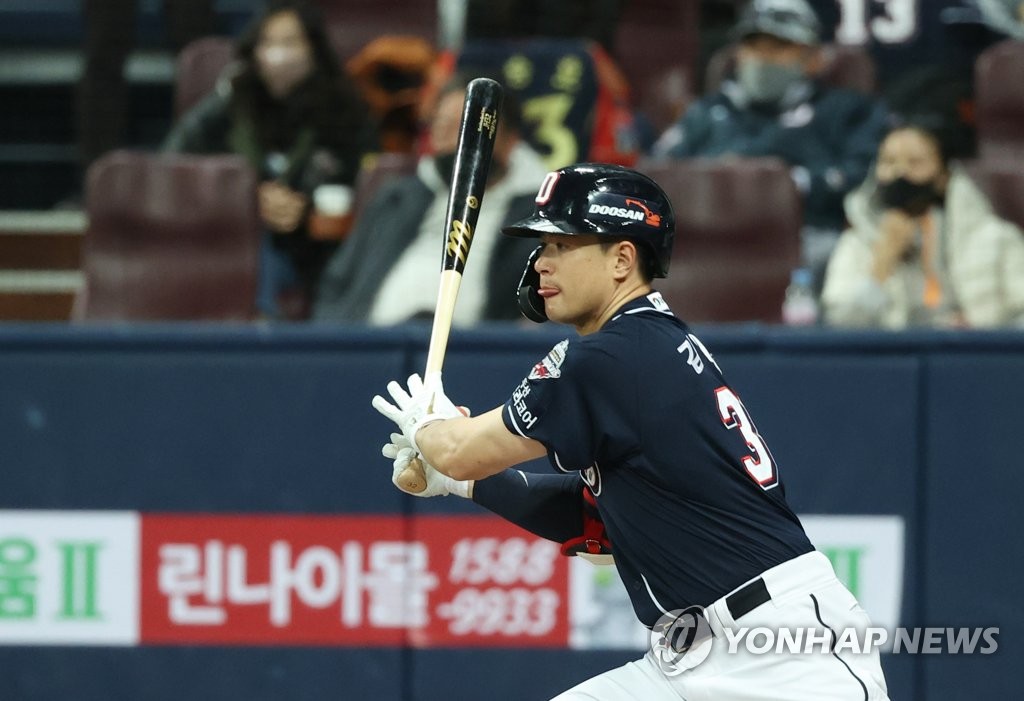 Kim went 3-for-5 with three RBIs as the Bears defeated the KT Wiz 4-1 in Game 2 of their best-of-five second round. The Bears now have a commanding 2-0 series lead and can send the Wiz home in Thursday's Game 3.

Kim picked up his first RBI with a single in the third inning, giving the Bears a 2-0 lead. Then he collected two more RBIs with one swing in the top fifth, delivering a single to center with the bases loaded.

That put the Bears ahead 4-1, and it stayed that way the rest of the game.

Kim was made available for a pregame media session on Tuesday at Gocheok Sky Dome in Seoul. He had two hits and an RBI in Game 1 the previous night, and it was Kim's first RBI in three postseason games this year.

When asked if he was pressing at the plate trying to drive in runs as a cleanup hitter like himself should, Kim said he has confidence in his teammates to share the RBI responsibilities and that his objective was to focus on every at-bat and do what the situation dictates. 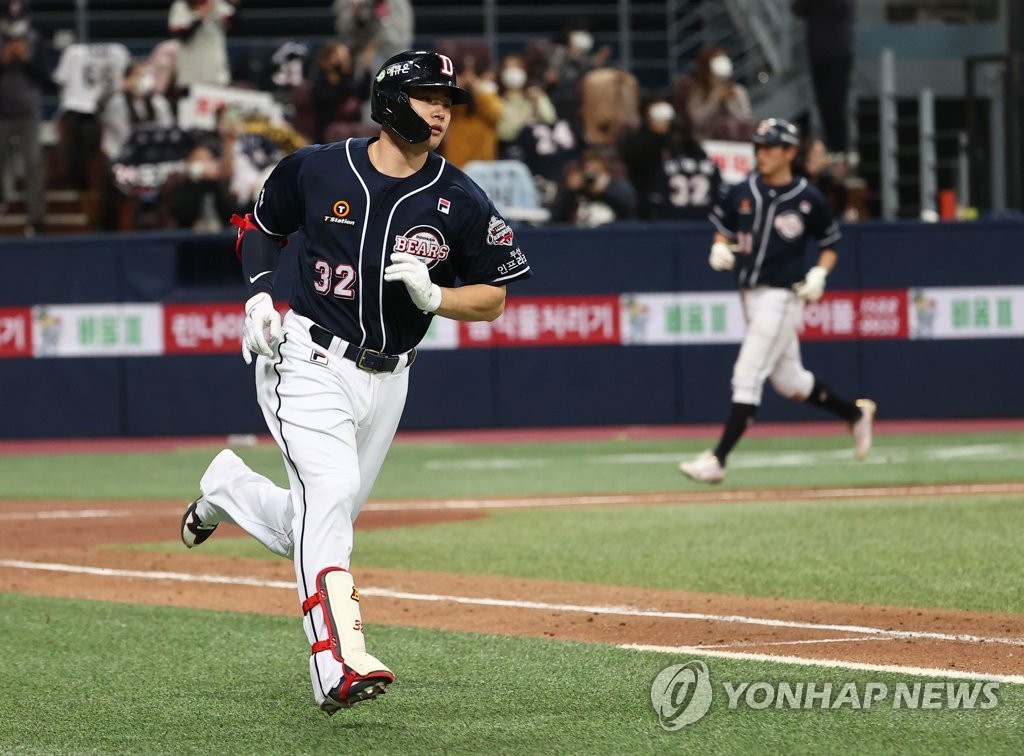 It was perhaps Kim's way of deflecting pressure away from himself. Clearly, Kim understands his role as the everyday cleanup hitter.

And the performance that followed the presser proved Kim is more than capable of handling pressure and doing damage on his own.

Kim is no slouch when it comes to run producing. He has driven in more than 100 runs in four of the past five regular seasons. The one season he missed out was last year, when he still had 91.

For his postseason career, Kim now has 19 RBIs in 24 games. 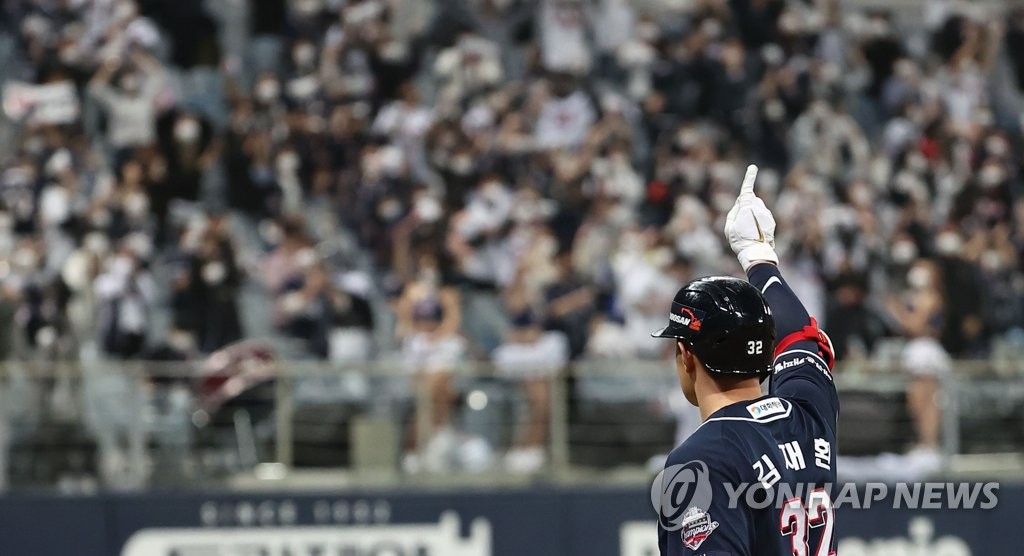 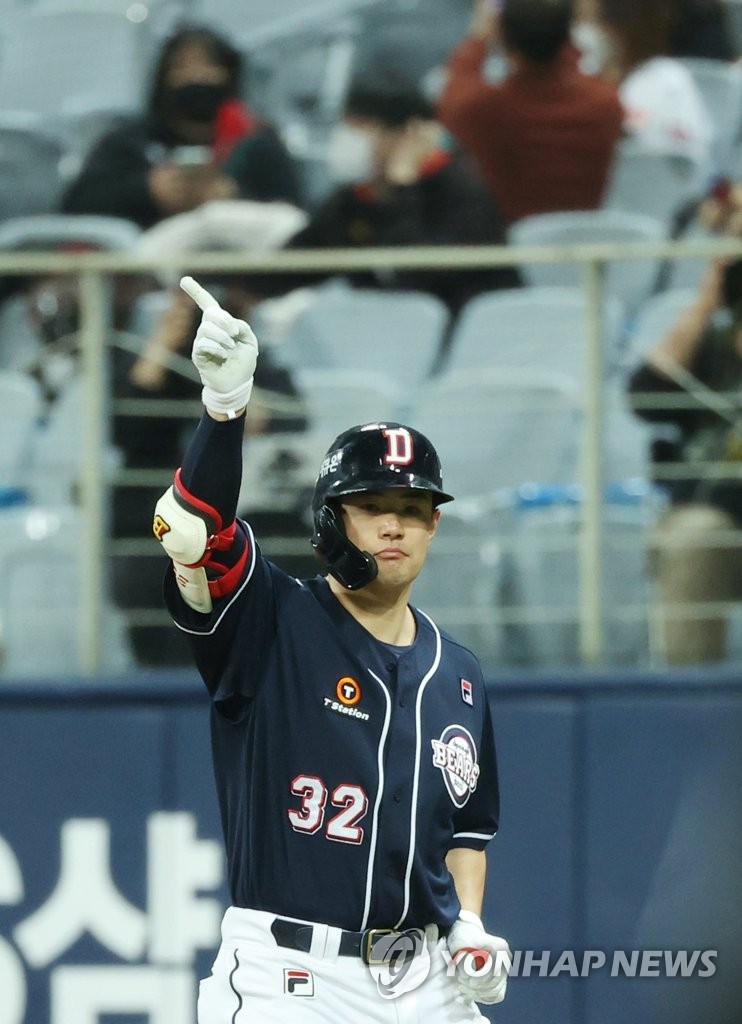