WASHINGTON, Nov. 10 (Yonhap) -- U.S. President-elect Joe Biden has told several world leaders that "America is back," apparently signaling normalization of the way his country deals with other countries and allies.

His remarks resonated with what one of his key foreign policy advisers said the former vice president would tell other countries if elected.

"First of all, I am letting them know that America is back. We are going to be back in the game," Biden remarked at a press conference Tuesday, adding he has so far spoken with six world leaders, including those in Britain, France, Germany, Canada and Ireland.

In an exclusive interview with Yonhap News Agency shortly before the Nov. 3 presidential election, Brian McKeon, a foreign policy adviser to Biden, said one of the first things Biden would do, if elected, would be to call U.S. allies and tell them America is back.

"He frequently says when he takes office, he will immediately get on the phone with some of our key allies in Europe and Asia, and centrally say, 'America is back, and we have your back," McKeon said earlier.

Biden has yet to speak with President Moon Jae-in of South Korea, one of the key U.S. allies, since his election, but Seoul earlier said it was considering holding diplomatic events with the U.S. president-elect "at an appropriate time."

Biden noted he had a "number of calls to return."

"The reception and welcome we have gotten around the world from our allies and our friends has been real," said Biden.

"I feel confident that we're going to be able to put America back in a place of respect that it had before," he added.

In a congratulatory message posted on Twitter on Sunday (Seoul time), Moon said he had "great expectations of advancing and opening up the future development" of the South Korea-U.S. alliance with Biden. 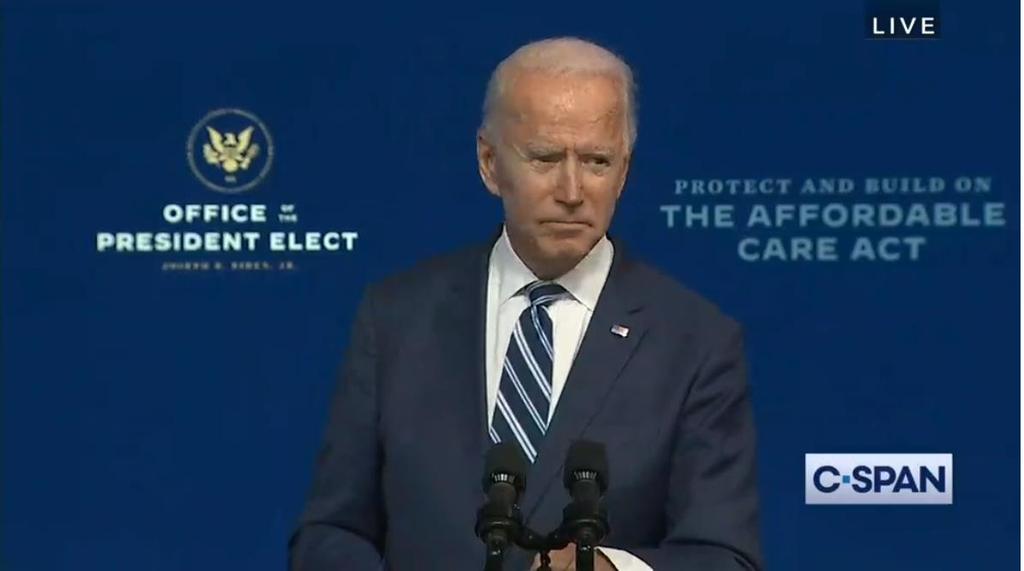 Biden says 'America is back' in calls with global leaders

Biden says 'America is back' in calls with global leaders