SEOUL, Nov. 11 (Yonhap) -- Unionized workers at GM Korea Co. said Wednesday that they will continue their partial strike this week for higher wages despite the company's statement that it may reconsider planned investments in its plants.

GM Korea's daytime and night-duty workers will stage a four-hour strike from Wednesday to Friday, while continuing to refuse to work overtime during the week and on the weekend, union spokesman Cho Ha-soo said over the phone.

The daytime and night workers already held two rounds of partial strikes for four working days during the Oct. 30-Nov. 10 period at the No. 2 Bupyeong plant in Incheon, just west of Seoul.

The union's decision to extend the strikes comes after the company said last week that it will reconsider investing in the main Bupyeong plant for the production of a next-generation vehicle for exports if the union continues to strike and affect production. 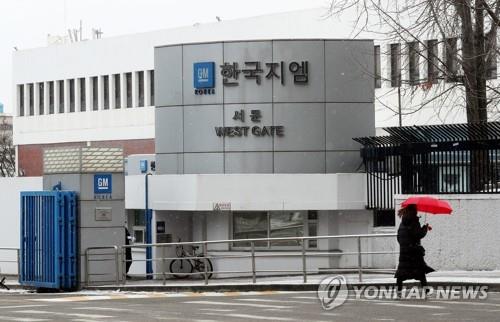 GM Korea already suffered over 60,000 vehicles in production losses in the first half amid the pandemic, with output losses caused by the partial walkout estimated at 12,000 units.

The state-run Korea Development Bank (KDB), the second-biggest shareholder in GM Korea, said Friday an extended strike will thwart the company's efforts to put its business back on track.

"GM Korea is at a critical juncture of producing more vehicles for exports to the United States and developing a new vehicle. But repetitive strikes continue to weigh on its operations," the KDB said.

GM Korea, the South Korean unit of General Motors Co., held 22 rounds of negotiations with its union since July, but they have yet to narrow differences over the size of bonuses and future vehicle allocation plans.