"It was great to speak with my esteemed colleague Kang Kyung-wha, Foreign Minister of our ally, the republic of Korea," O'Brien tweeted. "We discussed many important national security issues facing both nations and the Indo-Pacific."

Kang has been on a visit to Washington since Sunday. She already held talks with Secretary of State Mike Pompeo on Monday and reaffirmed their commitment to ensuring peace on the Korean Peninsula.

She was also expected to hold meetings with officials from U.S. Congress and the academic circle. Attention has also been on whether she would meet with foreign policy advisers and others close to U.S. President-elect Joe Biden. 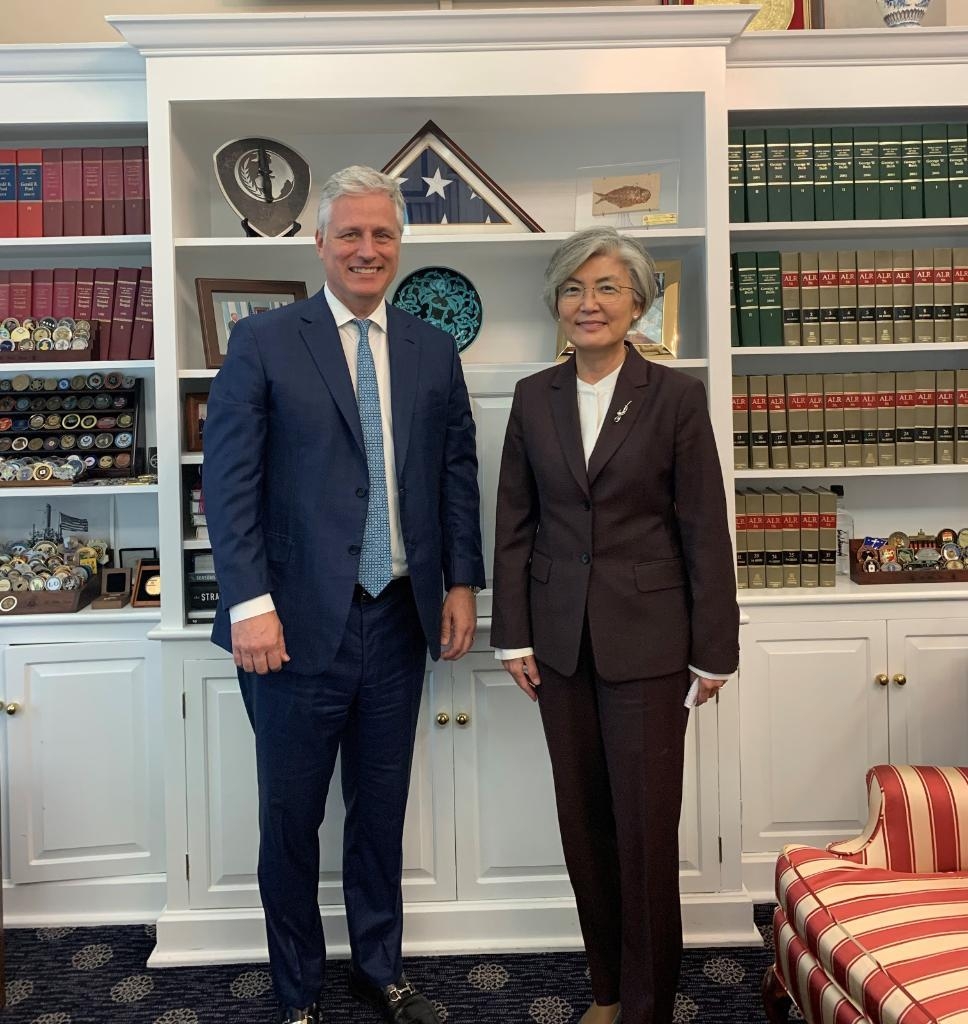