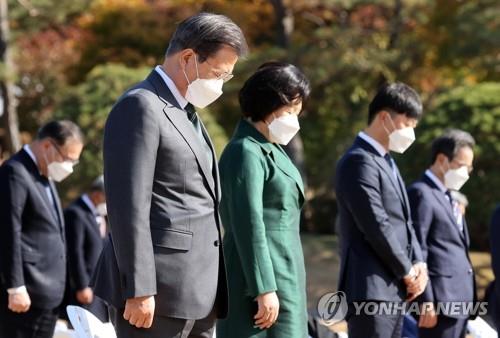 Nov. 11 has been annually celebrated since 2007 on a Canadian war veteran's suggestion. And it has been elevated to an official memorial day for U.N. war veterans, as a law was enacted in March to honor the veterans and mark the 70th anniversary of the Korean War.

At 11 a.m. the "Turn Toward Busan International Memorial Ceremony" was held at the U.N. Memorial Cemetery in the southern city of Busan in commemoration of their noble sacrifice and efforts to keep peace. It was also observed simultaneously in 12 nations.

A salute of 21 guns was fired to honor the deceased, and the 53rd Air Demonstration Group of the Korea Air Force, widely known as Black Eagles, left smoke trails in the sky that said "11.11.11," symbolic numbers that represent the event. 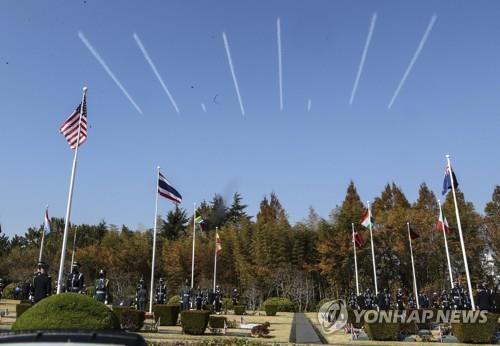 Prime Minister Chung Sye-kyun, other government officials, diplomatic corps from 22 sending states, Korean War veterans and their families attended the event, which started with a moment of silence to remember the soldiers' sacrifice.

The president was absent as he had to attend an event at Cheong Wa Dae in Seoul to celebrate the 25th Farmers Day. He observed a moment of silence from afar.

"Establishing peace on the Korean Peninsula is the best reward to U.N. war veterans for their sacrifice and dedication," Prime Minister Chung said, adding that the country would "walk toward the goal unwaveringly."

Approximately 2,300 soldiers from 11 nations who died during the 1950-1953 Korean War were buried at the cemetery, the only memorial cemetery in the world dedicated to U.N. soldiers. 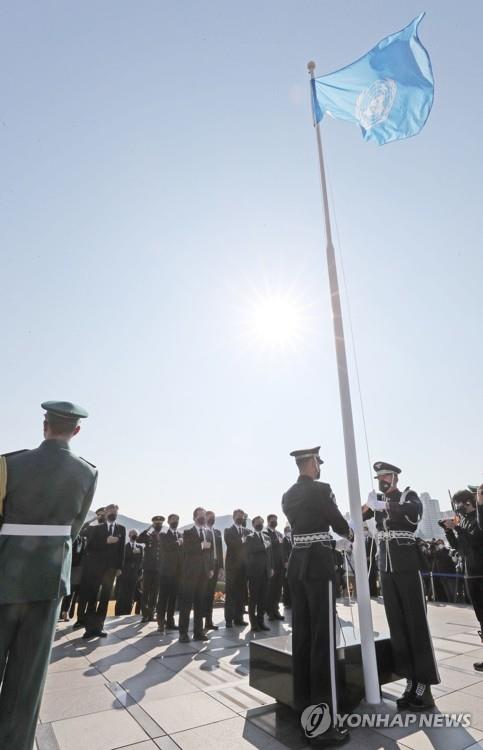 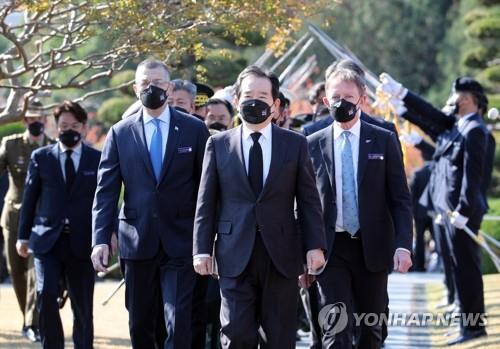