SEOUL, Nov. 11 (Yonhap) -- Two former teammates will oppose each other on the mound in a South Korean baseball postseason elimination game on Thursday.

The Doosan Bears are one win away from reaching their sixth straight Korean Series, having built a 2-0 series lead over the KT Wiz in the best-of-five second round in the Korea Baseball Organization (KBO) postseason. And right-hander Raul Alcantara will toe the rubber in Game 3, trying to pitch them into the championship round.

The first pitch is 6:30 p.m. Thursday at Gocheok Sky Dome in Seoul.

The Wiz will turn to right-hander William Cuevas to try to keep their season alive. 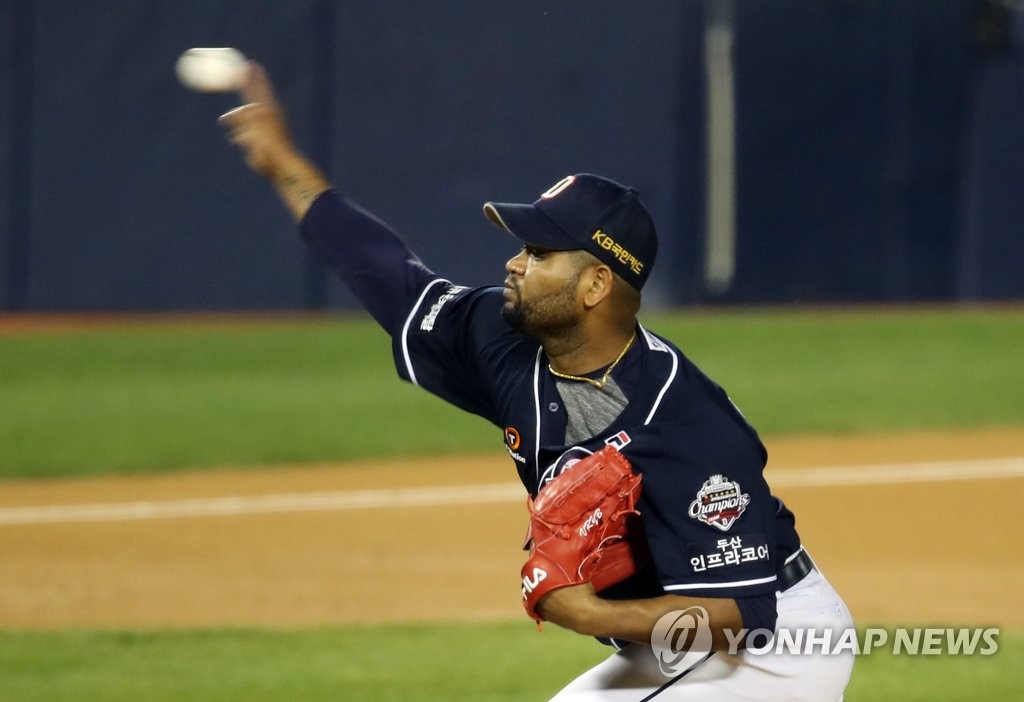 Alcantara pitched alongside Cuevas for the Wiz last season. He was a pedestrian 11-11 with a 4.01 ERA in 2019, and once the Wiz decided not to bring him back, Alcantara signed with the Bears. The Dominican then turned in a dominant season, in which he became the league's only 20-game winner and led all pitchers with 198 2/3 innings pitched while posting a 2.54 ERA. He was also named the KBO's Player of the Month for October, after posting a perfect 6-0 record and a 1.34 ERA.

Alcantara will be pitching on six days' rest. He would have started Tuesday's Game 2 on four days' rest, had it not been for the neck stiffness that he pitched through last week in the previous playoff round against the LG Twins.

From the Wiz, Jang Sung-woo had the most success against Alcantara. The catcher went 3-for-6 with an RBI and a walk. Third baseman Hwang Jae-gyun batted 3-for-8 off the right-hander. 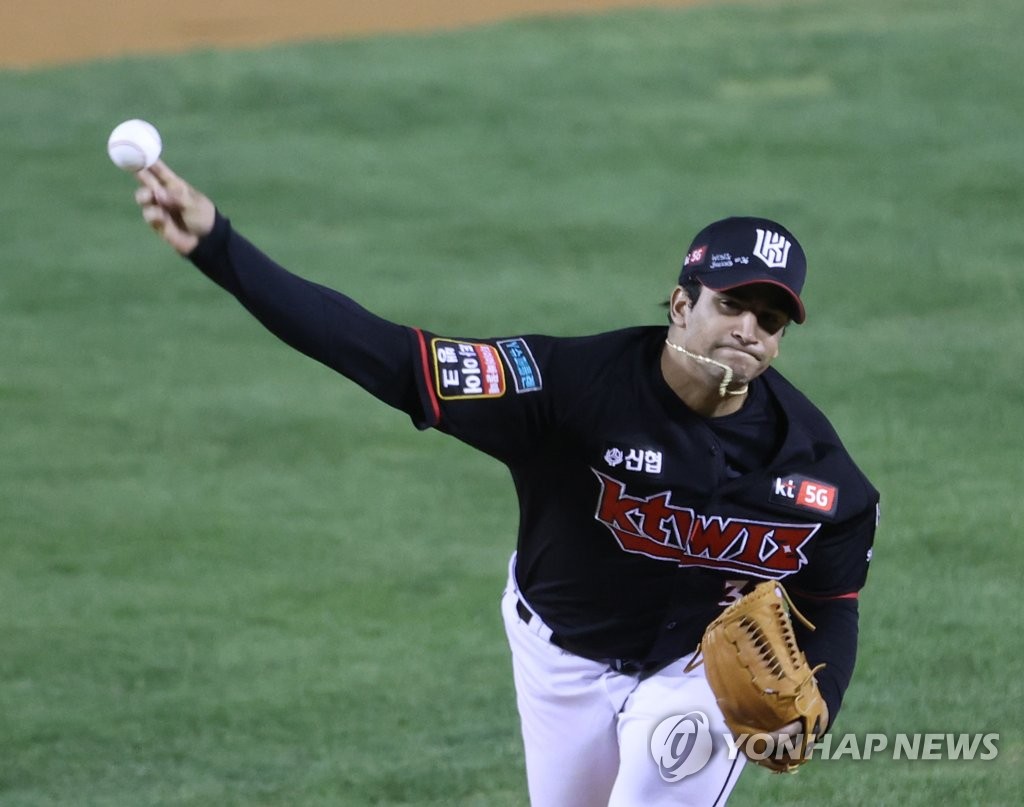 For Cuevas, Game 3 start will both be a chance to save his club's season and to gain a measure of personal redemption.

The Venezuelan made a surprising but ultimately disappointing relief appearance in the Wiz's 3-2 loss in Game 1. He came in to begin the top of the eighth when the game was still scoreless, and left the game with two men on after a hit-by-pitch and an infield single. Both of the runners came around to score.

Cuevas was 10-8 with a 4.10 ERA in 27 regular season starts. He made three regular season starts against the Bears, and went 1-1 with a 5.02 ERA. He allowed 14 hits, including two homers, in 14 1/3 innings. Choi Joo-hwan batted 4-for-6 with a home run and two RBIs against Cuevas, but Choi has been dealing with a foot injury this month and has made just two plate appearances this postseason.

Cleanup Kim Jae-hwan had the other Doosan homer against Cuevas, though Kim didn't have any other hit.