He described the sprit as the "zeitgeist" of the current era.

"I believe we need to pay attention to the zeitgeist under which the American people chose Joe Biden. I believe that (zeitgeist) is of solidarity and inclusion," Chung said during a dinner meeting with reporters at his official residence in Sejong, 120 kilometers south of Seoul, on Tuesday.

Chung added that the U.S. public seems to have "defeated the spirit of division and animosity" by choosing Biden as the next leader.

"(The American people) chose Joe Biden, who has offered the road towards national repair, unity and inclusion. I believe that represents (the American) zeitgeist," said Chung, who's said to be among potential presidential candidates himself.

The former National Assembly speaker avoided a direct answer to a question about whether he intends to run in the 2022 presidential election, only saying that he's concentrating on faithfully carrying out his current duties. 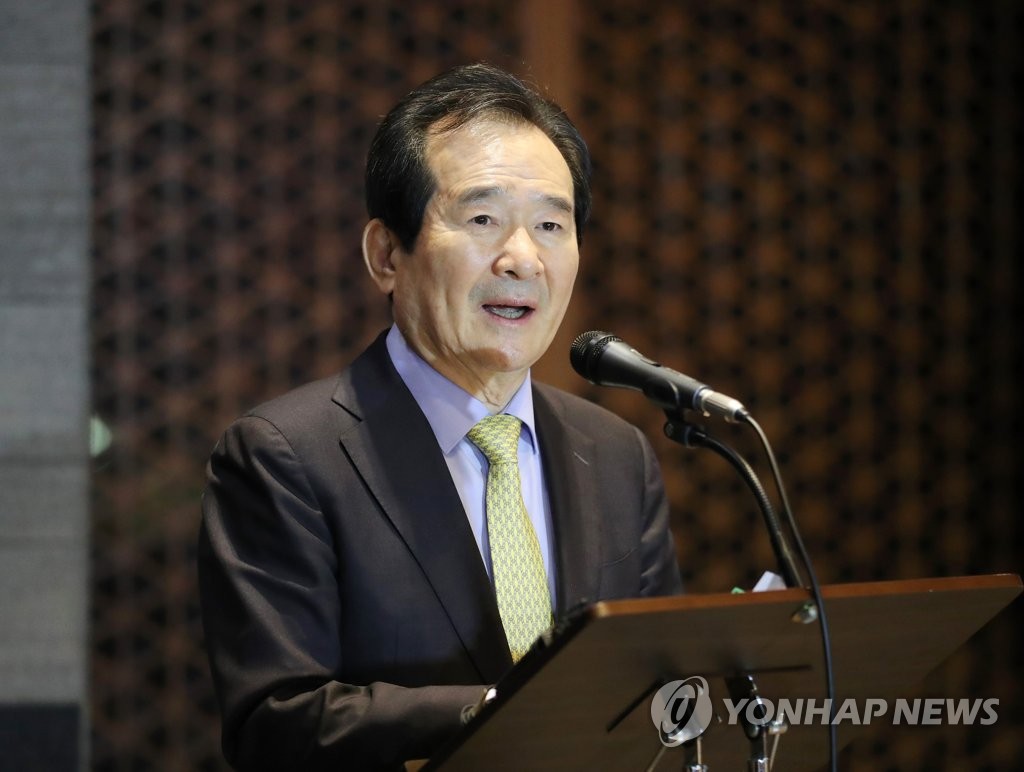 He also praised Biden as a statesman of dignity and experience.

"I believe he is stable and rich in experience. He will govern with the spirit of engagement," he said.

On the ongoing power struggle and rhetorical battle between Justice Minister Choo Mi-ae and Prosecutor General Yoon Seok-youl, the prime minister said both sides need to work to deescalate the situation which, according to Chung, "has caused discomfort" to the public.

"After observing his recent actions, I believe that (Yoon) has to have some self-restraint. His family and acquaintances are under investigations for certain suspicions," Chung said.

The prosecution is currently looking into allegations that Yoon's wife was involved in manipulation of stocks in Deutsch Motors and that her art exhibition company took bribes disguised as donations.

The prime minister said that the justice minister, on the other hand, needed to be more level-headed in carrying out task of prosecutorial reform.

"I would prefer if her rhetoric was more retrained. I believe the public agrees with me," he said.

The political clash between Choo and Yoon, part of a broader conflict between the ruling bloc and the prosecution, has transpired largely from last year following controversial investigations into former Justice Minister Cho Kuk, a key architect of President Moon Jae-in's drive for prosecution reform, and his family.

Reform of the prosecution has been a key agenda of the Moon administration amid long-held public views that the state prosecution has wielded excessive and manipulative power without adequate checks and balances.