In a survey conducted by Realmeter the previous day, 43.6 percent of 500 respondents aged 18 or older agreed with resuming operations of the Kaesong Industrial Complex in a preemptive way.

But 45.8 percent answered they disagree with it, while 10.6 percent said they are not familiar with the issue.

By political inclination, 61.5 percent of conservative respondents opposed the resumption of the industrial park, while 70.8 percent of liberals supported the idea. Among moderates, 55.9 percent are against the reopening.

The poll was commissioned by a local media outlet, OhmyNews, and the margin of error is plus and minus 4.4 percentage points. 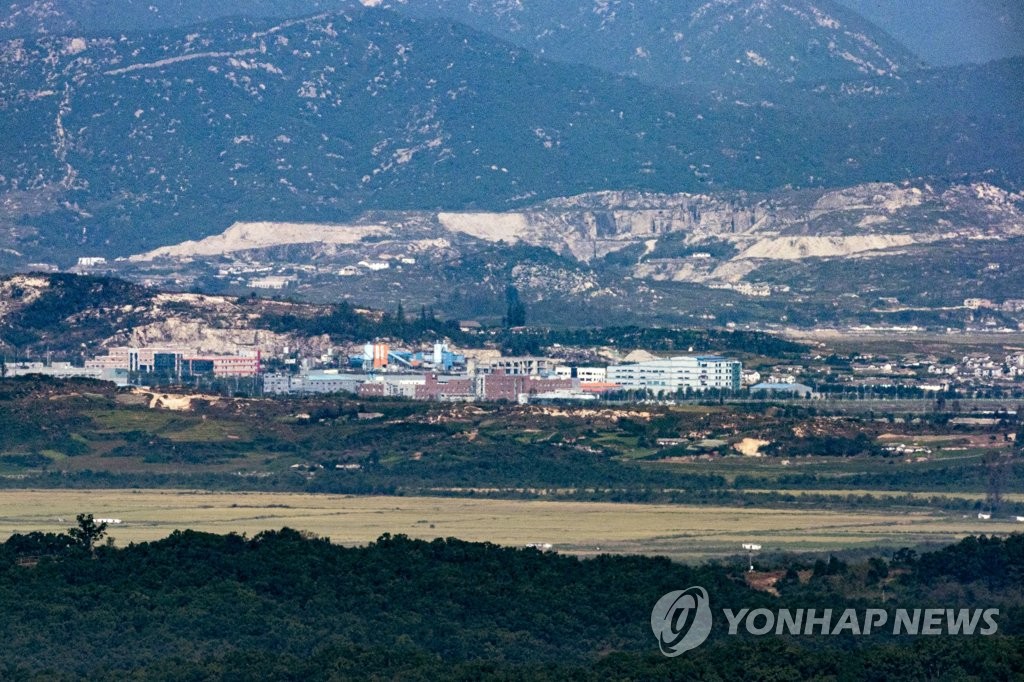 Kaesong Industrial Complex, hailed as a symbol of inter-Korean economic cooperation, has been shut down since 2016 amid tensions over Pyongyang's nuclear and missile provocations.