SEOUL, Nov. 11 (Yonhap) -- The main objective of baseball is to reach bases and then come home safely.

Two games into their first Korea Baseball Organization (KBO) postseason, the KT Wiz have done some of the former, but not enough of the latter.

That's mainly why they've dropped the first two games of the best-of-five second round against the Doosan Bears, who, thanks to a more opportunistic offense, now sit one win away from reaching their sixth consecutive Korean Series. 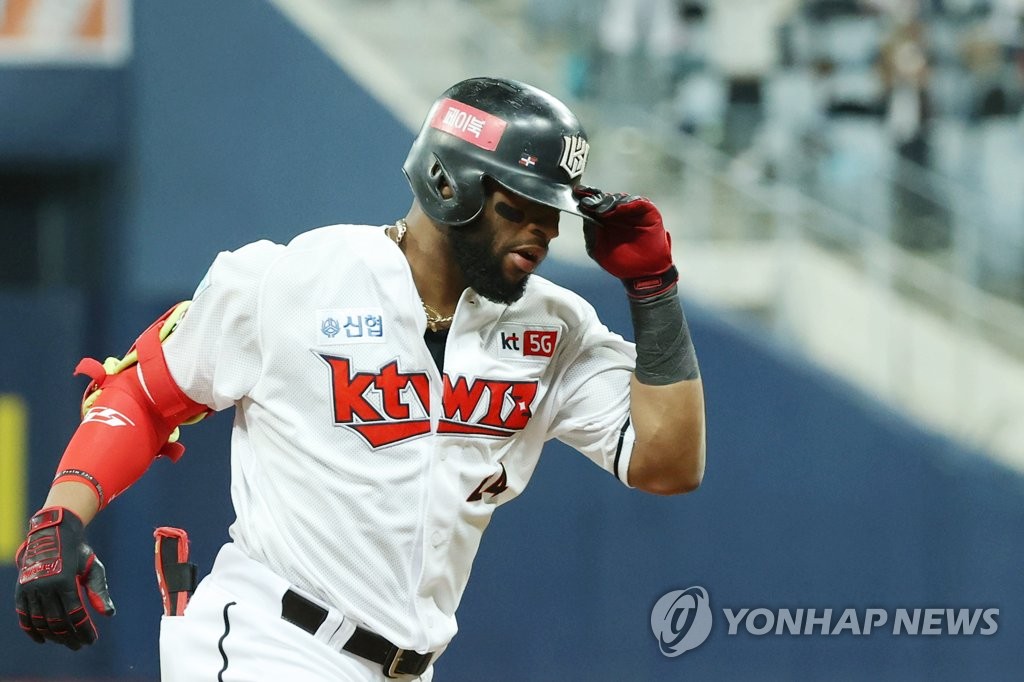 Even a lineup tweak from Game 1 to Game 2 didn't do any tricks for the Wiz. Manager Lee Kang-chul moved his usual No. 2 hitter Hwang Jae-gyun into the leadoff spot, and his cleanup Kang Baek-ho batted in the No. 2 spot for Monday's series opener. Together, Hwang and Kang went 1-for-8 with four strikeouts in a 3-2 KT loss.

Lee went back to his oft-used lineup in Tuesday's Game 2, as Hwang and Kang returned to their usual places, and Cho Yong-ho was back at the top of the order.

The strategy appeared to pay off immediately, as Cho led off the game with a double against starter Choi Won-joon. But Cho never came home, as Choi retired the next three batters in order. Hwang finished 0-for-4, and Kang was 1-for-4. 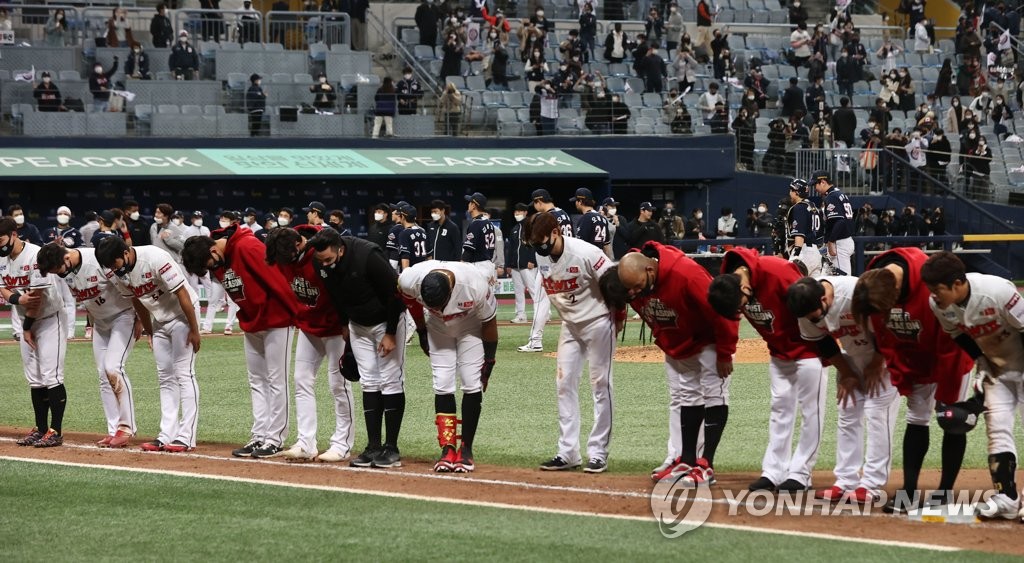 The Wiz fell 4-1, and their lone run came from a solo home run by Mel Rojas Jr. He has batted in the No. 3 spot in both games, as he did for most of his MVP-worthy regular season. Aside from that home run, he was hitless in Game 2 and had one single in Game 1.

The bigger problem, though, is that both of those hits came without a runner on base.

But in Game 1, Rojas Jr. had just one plate appearance with anyone on base. With men at second and third in a two-out rally and the Wiz down 2-0 in the bottom eighth, the Bears intentionally walked Rojas Jr.

That loaded the bases but set up a force play at every base. The next batter, Yoo Han-joon, came through with a two-run single, but it's a risk the Bears will gladly take. At least Rojas Jr. didn't hurt them with a go-ahead, three-run home run. 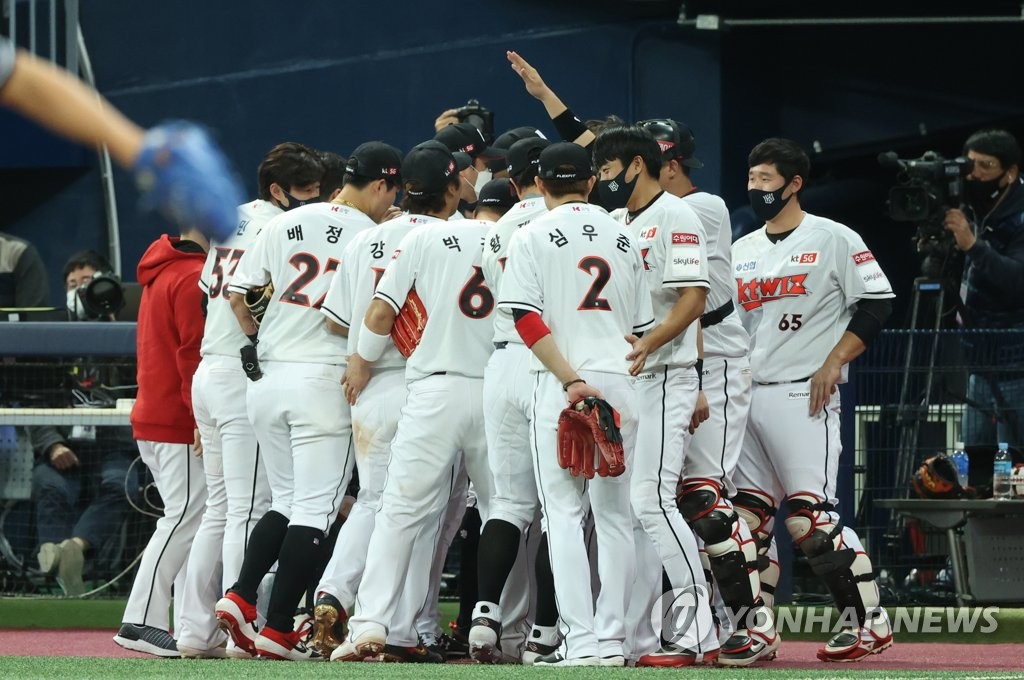 In Game 2, with Cho on second base after that double, Rojas Jr. flied out to left field. His solo shot came with two outs and nobody on. Then Rojas Jr. led off the fifth inning with a strikeout. Then with two outs and the bases empty, Rojas Jr. struck out again in the seventh in his final plate appearance.

Veteran Park Kyung-su tried to do his part from the No. 7 spot. He reached base four times in Game 2, with two singles and two walks, but Park was stranded every time, and reached the second base just once out of those four occasions. Twice, Park was erased in a double play.

In all, the Wiz had eight hits but came up with just one run in Game 2. Contrast that to what the Bears did, scoring four times on 11 hits in the same game.

They scored the game's first run on three straight singles in the top of the second. Cleanup Kim Jae-hwan stepped up twice with a runner in scoring position, and cashed in both times -- first with an RBI single with men at the corners in the third, and then a two-run single with the bases loaded in the fifth.

KT manager Lee said after the Game 2 loss that he will consider juggling his lineup again for Thursday's must-win Game 3.

He'd better find the right combination this time. If not, the Wiz, instead of trying to bring runners home, will just be going home, period.