Moon hosted the event to celebrate the 25th Farmers Day, an annual occasion that is often overshadowed by the unofficial "Pepero Day," on which friends and lovers exchange the chocolate-covered stick cookies of the same name. 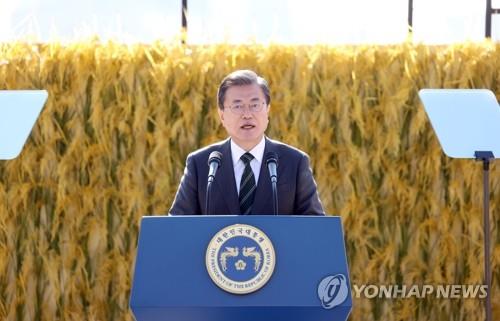 Moon is the first president to formally mark Farmers Day since President Roh Moo-hyun in 2003, according to the presidential office.

"The farming industry is a life industry and a core national industry, while farming villages form our nation's base," the president said in an address.

"Amidst the coronavirus crisis, we were able to feel the importance of the natural ecosystem more acutely than ever and were made to notice the enormous potential of farming villages as homes," he said.

Moon laid out plans to push a new agricultural policy in preparation for the post-coronavirus era.

He said his administration will draw up a national food plan and a farming village space plan to turn farming communities into a central piece of his government's "New Deal," which aims to create jobs and develop the nation's future growth engines. 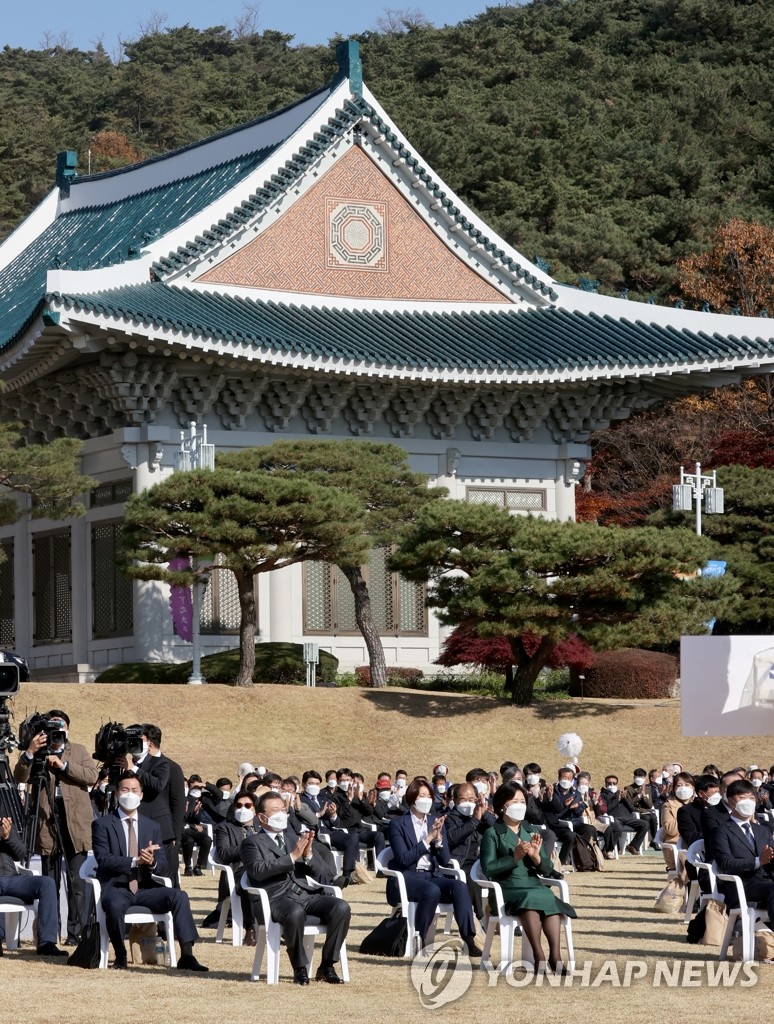 "The farming industry and farming villages will be the driving force behind a sustainable future and a reliable pillar in the food security regime," he added.

Stressing the importance of food security, Moon pledged to raise the nation's self-sufficiency rate for wheat to 10 percent and for beans to 45 percent by 2030.

The president also noted that even in the economic downturn caused by the coronavirus pandemic, exports of kimchi and "gochujang" (Korean red pepper paste) rose by 40 percent in the first 10 months of this year compared to last year.

He said agricultural goods exports exceeded US$6 billion, while 116,000 farming jobs were added in the three years since 2017. 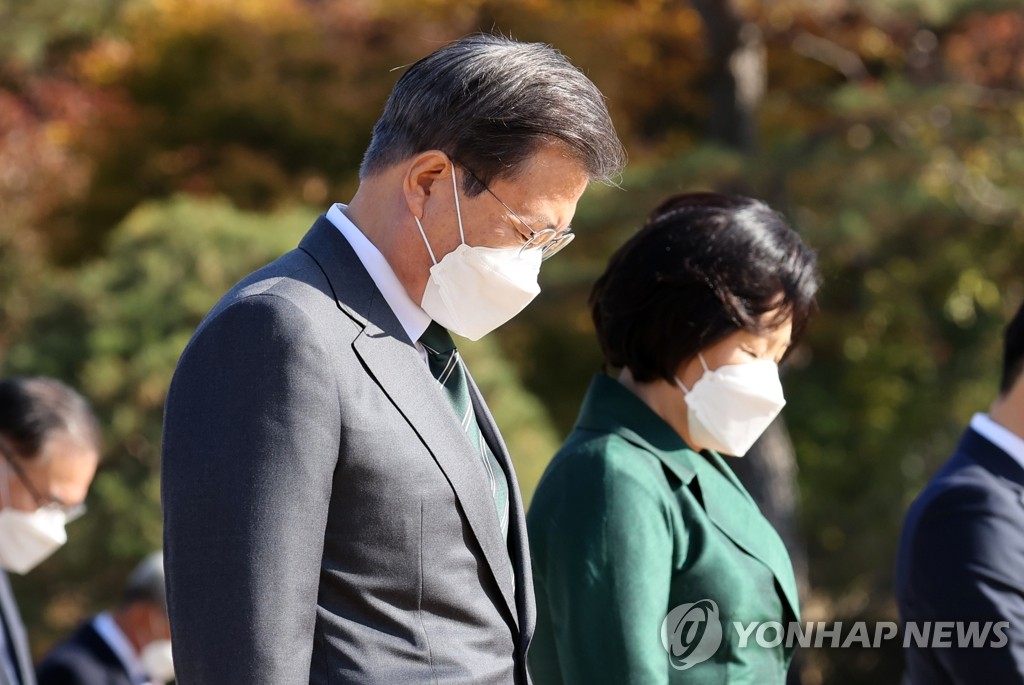 "Our rice is also contributing to saving lives," Moon said, noting that 50,000 tons of rice are sent to Yemen, Ethiopia, Kenya and Uganda every year through the United Nations World Food Program.

Beasley expressed gratitude for South Korea's support for his organization, saying that over the period of a generation the country had transformed itself from a food aid recipient to the world's ninth largest donor.

Cheong Wa Dae said the president decided to attend the event to console the nation's farmers who have been hit hard by the COVID-19 pandemic and seasonal heavy rains earlier this year.