Cheong Wa Dae is "coordinating a time (for Moon and Biden) to have a phone call tomorrow," the official told reporters.

Moon and Biden are expected to exchange thoughts on a wide range of bilateral issues, including Seoul's Korean Peninsula peace process initiative, strengthening of their alliance through an expansion of economic cooperation and other areas, such as measures against climate change.

Moon also stated Monday that his government will have "multi-sided" communication with Biden in order to ensure that there is no "vacuum" in the alliance and the Korea peace process.

In a special opinion piece contributed exclusively to Yonhap News Agency last month, then-candidate Biden said he will, as president, "stand with South Korea" and strengthen the bilateral alliance "to safeguard peace in East Asia and beyond."

Biden has been holding talks with global leaders over the phone since Tuesday (U.S. time), starting with counterparts in Europe, including Britain, France, Germany and Ireland, as well as Canada. 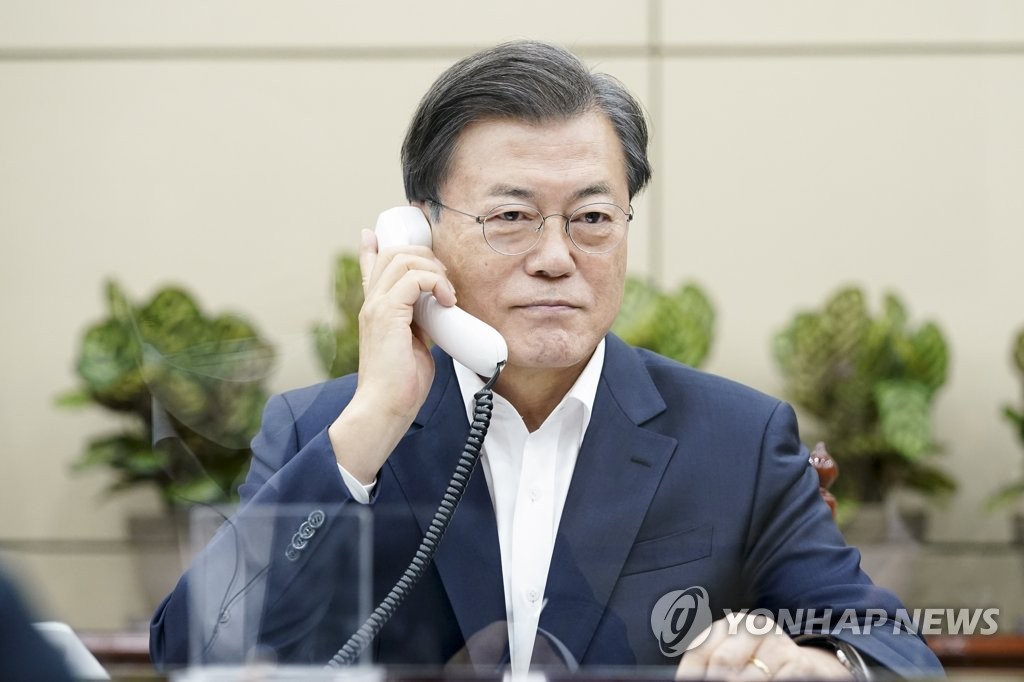