"If (South Korea) takes part in the G7 summit to be held in Britain next year, it would be very positive for South Korea's participation in discussions, expected in the future, on expanding the G7," Cheong Wa Dae spokesman Kang Min-seok said during a press briefing.

He was commenting on British Prime Minister Boris Johnson's invitation to Moon to join next year's G7 session. Johnson delivered the message during phone talks with Moon on Tuesday, according to Cheong Wa Dae. Britain is next year's host of the group summit.

U.S. President Donald Trump earlier invited Moon to participate in this year's G7 summit, which he has planned to host. Trump called for the expansion of the group to include South Korea, Australia and India.

Kang said it remains unclear whether the U.S. will hold an in-person summit meeting within this year.

Regardless, such repeated calls for South Korea to join the summit are meaningful as a confirmation of its international stature, he said. 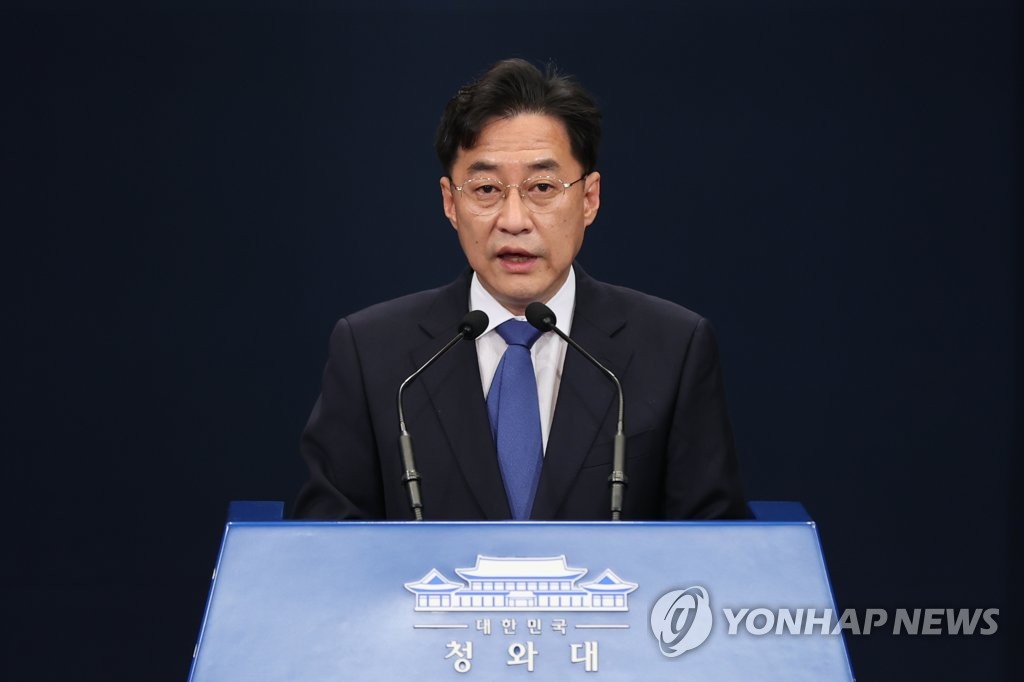 It also reflects the international community's assessment of Moon's recently announced policy goal to make South Korea carbon neutral by 2050 and the country's plan to host the P4G summit next year, Kang added.

P4G, which stands for Partnering for Green Growth and the Global Goals 2030, is a public-private initiative aimed at tackling climate change and other sustainable development goals. The summit was put off to next year from an initial schedule of June 2020 due to the new coronavirus outbreak.