SEOUL, Nov. 11 (Yonhap) -- To hear Jeong Keun-woo tell it, his 16-year career in South Korean baseball has exceeded even his own expectations -- the way he performed, how much love his fans showed him and all the honors that he won.

Now at 38, Jeong, considered one of the greatest second basemen in Korea Baseball Organization (KBO) history, has no second thoughts over hanging up his cleats.

"It feels like yesterday I was crying tears of joy after getting drafted by a pro team," Jeong said Wednesday during his retirement press conference at Jamsil Baseball Stadium in Seoul, home of his last KBO club, the LG Twins. "I've accomplished so much in my 16 seasons that I have no regrets retiring now." 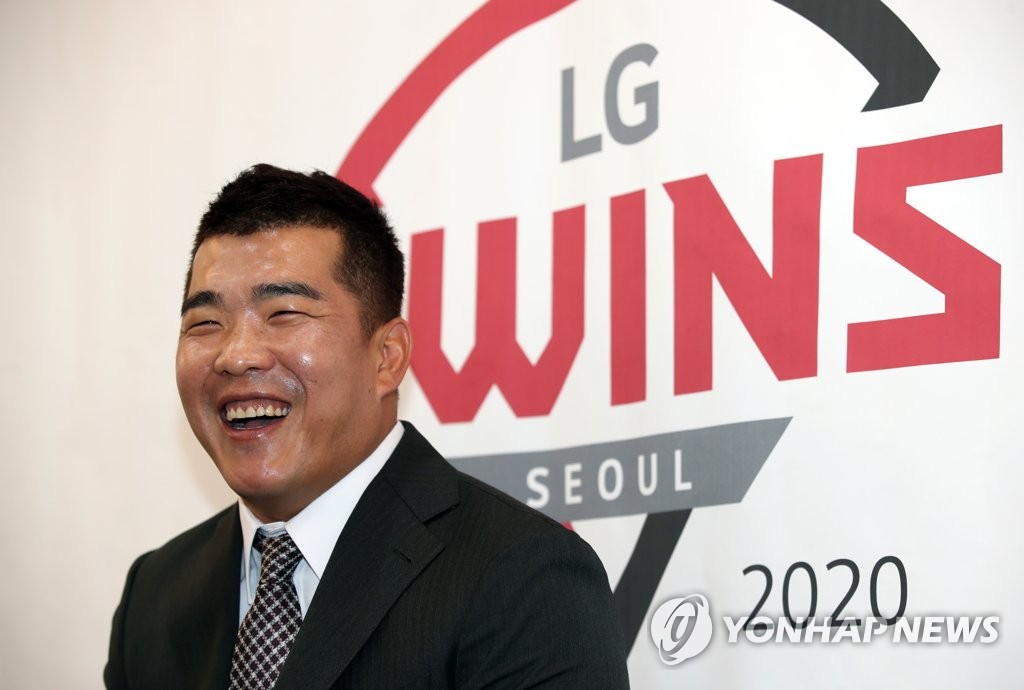 Jeong made his KBO debut with the SK Wvyerns in 2005 and quickly developed into the league's top defensive second baseman and a base-stealing threat.

"I think my career really took off after that 2006 season," Jeong recalled. "I got to win championships as a second baseman and enjoyed a lot of success with the national team, too."

Jeong signed with the Hanwha Eagles as a free agent before the 2014 season and spent six years there, before getting his swan song in one season with the Twins.

During the latter part of his Eagles tenure, Jeong was forced to take up first base and center field and open up a spot for younger players. He spent his final season at his familiar position.

"I am really grateful that I got a chance to play second base again with the Twins," Jeong said. "I am proud to retire as a second baseman." 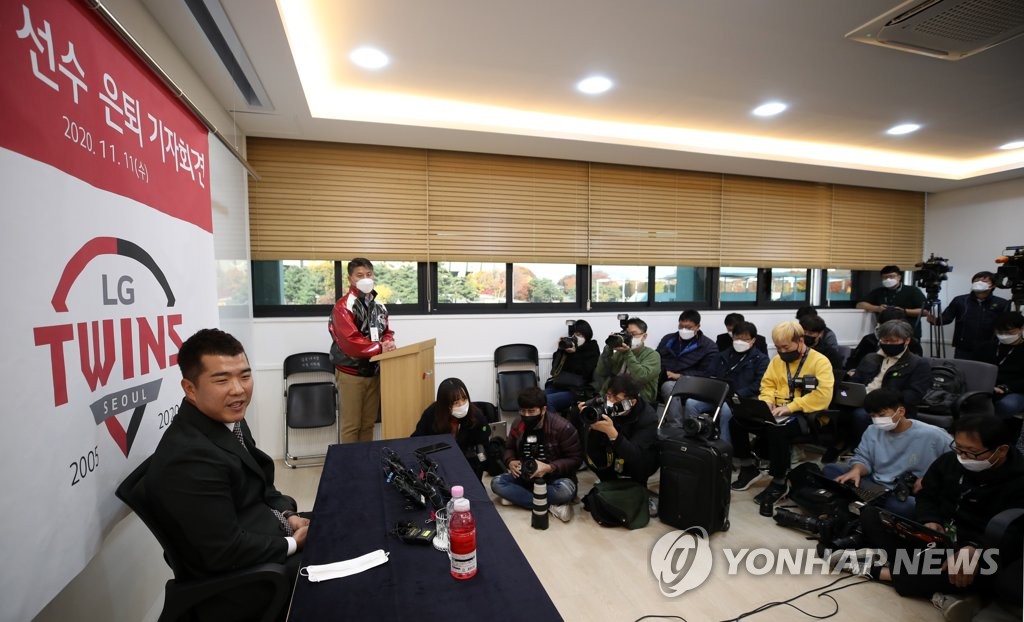 Internationally, Jeong was a member of the gold medal-winning national team at the 2008 Olympics and 2010 Asian Games, plus the runner-up squad at the 2009 World Baseball Classic. He captained South Korea to the 2015 Premier12 championship.

Jeong said he started contemplating retirement this year as he began missing time with injuries.

"I knew fans had their expectations on what kind of plays they wanted to see me make, and I had my own expectations, too," Jeong said. "Once I realized I wasn't the same player, I decided to call it quits."

Jeong said he took particular pride in being able to hold down his second baseman position because he wanted to prove doubters wrong.

"When I was a rookie, some of the veterans said it'd be difficult for anyone to stay in one infield position for more than 10 years," Jeong said. "I always tried my best so that no one would take that position away from me."

Jeong revealed that he had overcome some yips, or the sudden inability to make accurate throws, during high school and again in the KBO. Undergoing three elbow surgeries before going pro was another obstacle.

"In high school, my doctor told me my right arm was in no shape to play baseball," Jeong said. "I put in so much work to get back on the field. If I had given up there, I wouldn't have made it this far." 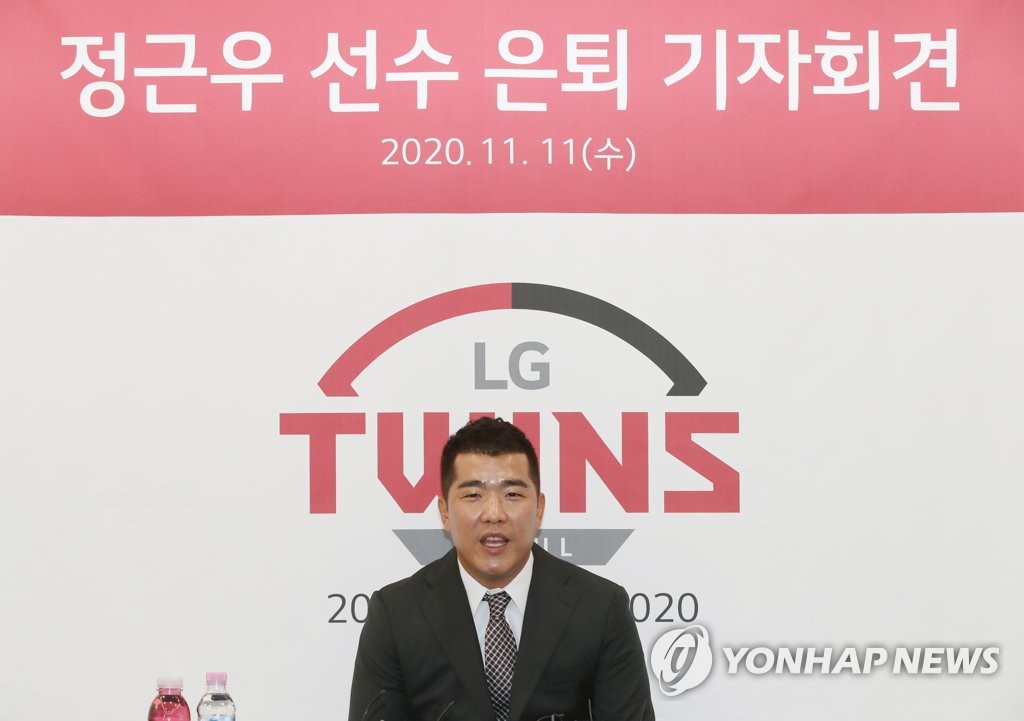