TOKYO/SEOUL, Nov. 11 (Yonhap) -- South Korea's intelligence chief said Wednesday that he sees good prospects for a trilateral summit that South Korea is trying to host with China and Japan before the end of this year.

National Intelligence Service (NIS) Director Park Jie-won made the remarks, a day after he met with Japanese Prime Minister Yoshihide Suga in Tokyo, in the first high-level talks since Suga took office in September after his predecessor, Shinzo Abe, resigned over health problems.

"It will go in a good direction," Park told Yonhap News Agency over the phone.

Asked to elaborate on the content of his discussions with Suga about the summit, Park said, "I will report that to the president and that is a matter for the leaders to decide on." 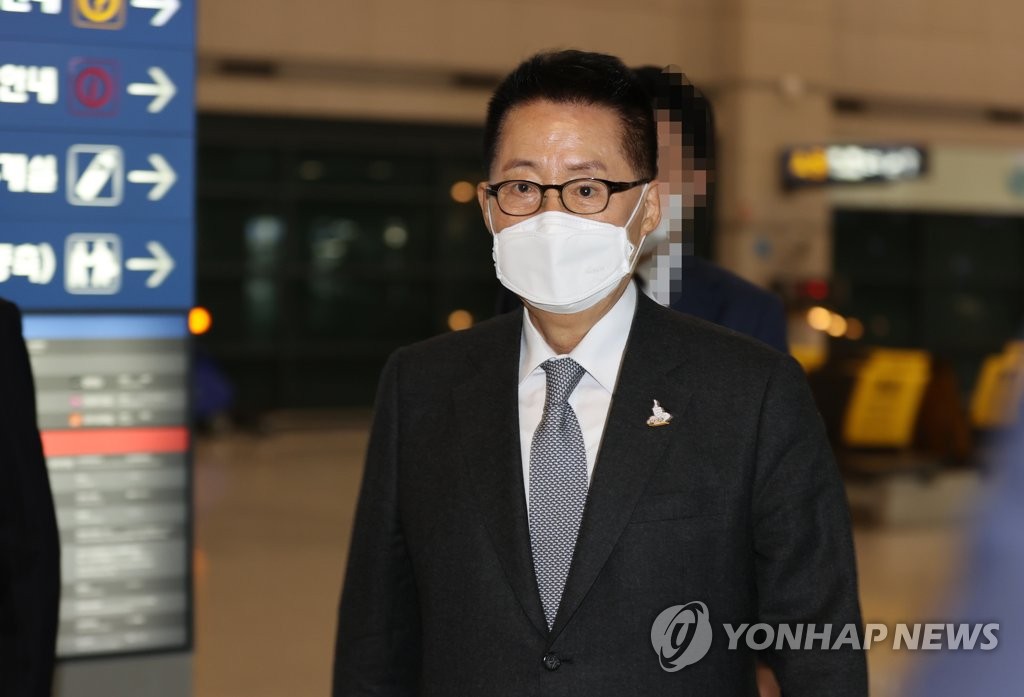 South Korea is the host of this year's trilateral summit. But uncertainty has lingered over the summit, as Suga reportedly expressed his intent not to join it unless Seoul promises not to liquidate the assets of Japanese firms to compensate victims of wartime forced labor.

The NIS chief also confirmed news reports that he had proposed to Suga that the two countries issue another declaration akin to the 1998 statement between then Korean President Kim Dae-jung and then Japanese Premier Keizo Obuchi on building a future-oriented partnership.

The 1998 statement set the mood for closer cooperation between the two countries, as Obuchi expressed "keen remorse" and apologized for "great damage and pain" that Japan imposed on South Koreans through its 1910-45 colonization of the peninsula.

"(They) wrote correctly," Park said of the Japanese news reports.

Touching on the protracted row between Seoul and Tokyo over wartime forced labor, Park pointed out that the leaders of the two countries have strong will to resolve historical and other pending issues.

"I foresee things will turn out well," he said.