During the virtual meeting, South Korean Environment Minister Cho Myung-rae and his Chinese counterpart, Huang Runqiu, agreed to enhance cooperation on their respective anti-fine dust projects in the coming winter season when concentration levels are expected to rise, according to the ministry. 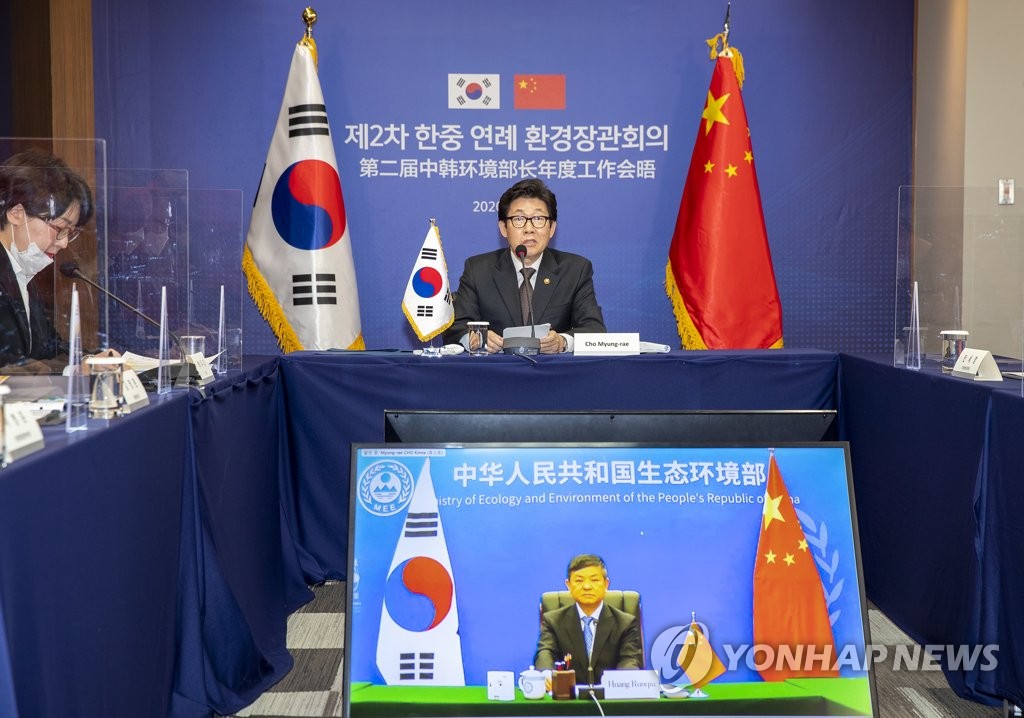 The two also agreed to push for the creation of a consultative body to share policies and technologies aimed at achieving carbon neutrality, which refers to the effective reduction of carbon emissions to zero.

"We must protect the blue sky for our people who are exhausted from COVID-19," Cho was quoted by his ministry as saying. "We will continue practical cooperation with China in order to eliminate fine dust and overcome the climate crisis."

The talks, the second of their kind, came after President Moon Jae-in announced last month his administration's policy goal to make South Korea carbon neutral by 2050.

President Xi Jinping also declared plans to attain the goal by 2060 for China during a speech before the United Nations General Assembly in September.

The ministers also agreed to work closely on the international stage, including at the 15th meeting of the Conference of Parties to the Convention of Biological Diversity to be held in Kunming, China, in May, and at the 2nd summit of Partnering for Green Growth and the Global Goals 2030 to be hosted by South Korea in the first half of next year.