SEOUL, Nov. 11 (Yonhap) -- The chief of the state auditor said Wednesday that the agency determined there was a "possibility of a crime" in the government's evaluation of the economic viability of a now-decommissioned nuclear reactor.

The prosecution recently launched a probe into the industry ministry and two state-run energy firms after the Board of Audit and Inspection (BAI) announced late last month that they manipulated the profitability projections of the Wolsong-1 nuclear reactor to determine its early closure in 2019. The BAI sent related documents to the prosecution shortly after the announcement.

"We decided to send the investigation reference materials to the prosecution, judging that though there is not enough to file a complaint, there is a possibility the case can constitute a crime depending on further investigation," BAI Chairman Choe Jae-hyeong said during a parliamentary session.

Choe said he received consent from the members of its top decision-making body before sending the data. 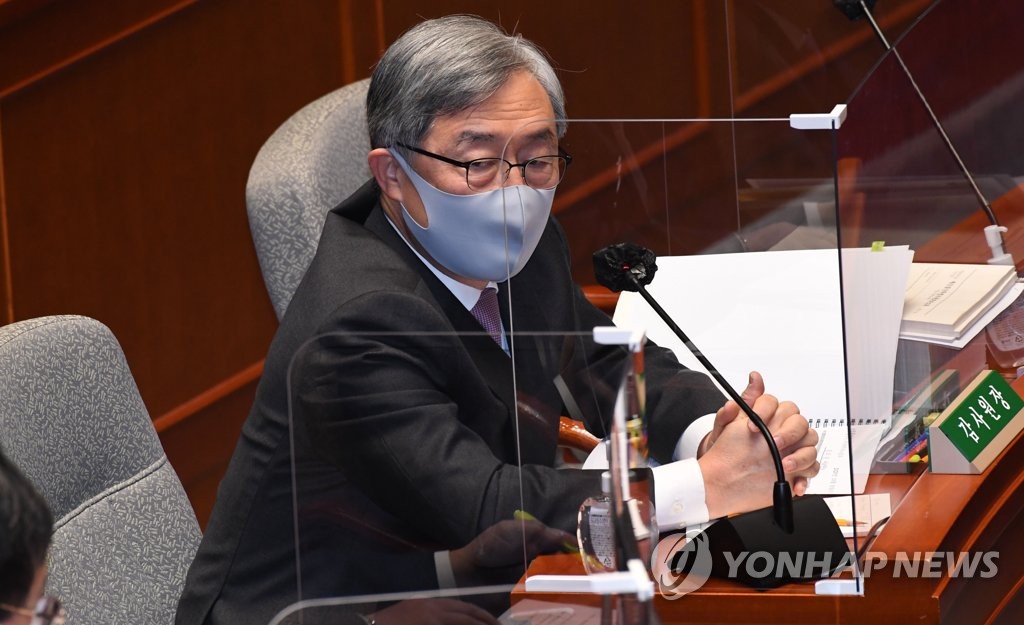 President Moon Jae-in decided in 2017 to decommission the country's second-oldest nuclear reactor earlier than scheduled in line with his nuclear-free policy.

For more than a year, BAI reviewed whether the shutdown decision in 2019 by the Korea Hydro & Nuclear Power Co. (KHNP) was based on independent research or unfairly influenced by the administration.

Last week, prosecutors from the Daejeon District Prosecutors Office raided the industry ministry in Sejong, Korea Gas Corp. (KOGAS) in Daegu and the KHNP in Gyeongju to secure related documents and computer files.