SEOUL, Nov. 12 (Yonhap) -- South Korean President Moon Jae-in had a phone call with U.S. President-elect Joe Biden on Thursday, in which they reaffirmed a commitment to a robust Seoul-Washington alliance.

"We reaffirmed our firm commitment to a robust ROK-US alliance and peaceful and prosperous Korean Peninsula," Moon said on Twitter. ROK is the acronym for South Korea's official name, the Republic of Korea.

He added, "Going forward, I will work closely with him to meet global challenges including COVID-19 and climate change." 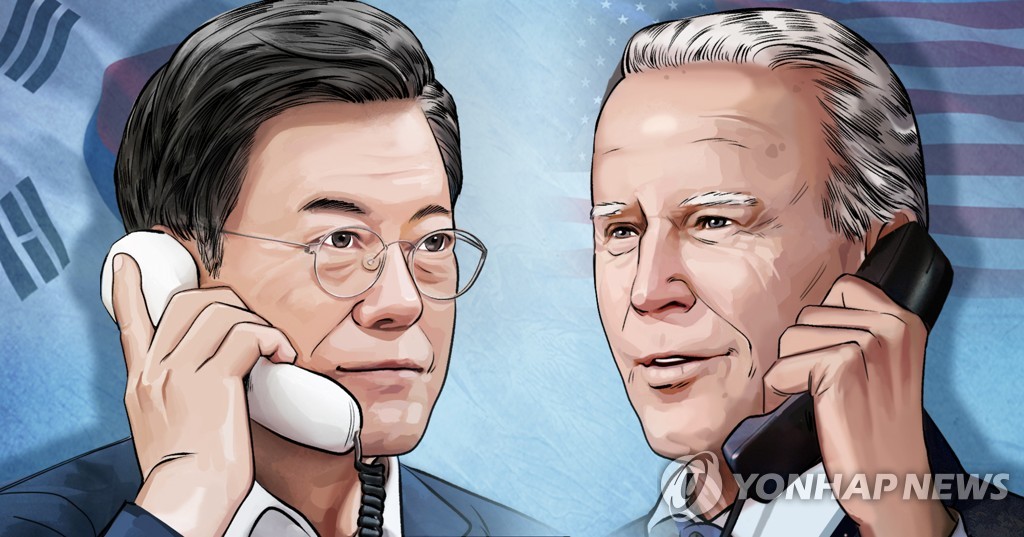 Moon earlier issued a statement expressing hope for a stronger alliance between the two nations and continued bilateral partnerships in efforts for denuclearization and regional peace.

Biden made a visit to the Korean War Memorial in Philadelphia, his official activity as the incoming U.S. president, on Veterans Day.

He reportedly spoke by phone with Japanese Prime Minister Yoshihide Suga on the day as well, following calls with Canadian and European leaders. 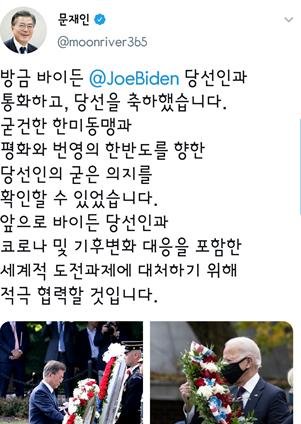 Biden has stated he will as president work to further strengthen the United States' relationships with its traditional allies, including South Korea.

Earlier in the day, members of Cheong Wa Dae's National Security Council's standing committee discussed the developments of the American presidential election and the means to sustain and further develop the South Korea-U.S. relationship based on the bilateral alliance.