Local authorities are looking into the three cases reported in Gyeonggi Province earlier this week, according to the Ministry of Agriculture, Food and Rural Affairs. It could take about five days to determine whether the virus is a highly pathogenic strain of bird flu.

South Korea has raised its guard against the disease since late October, when it found a highly pathogenic H5N8 strain of bird flu near a creek in Cheonan, 92 kilometers south of Seoul. It was the first avian influenza case in the country in 32 months. 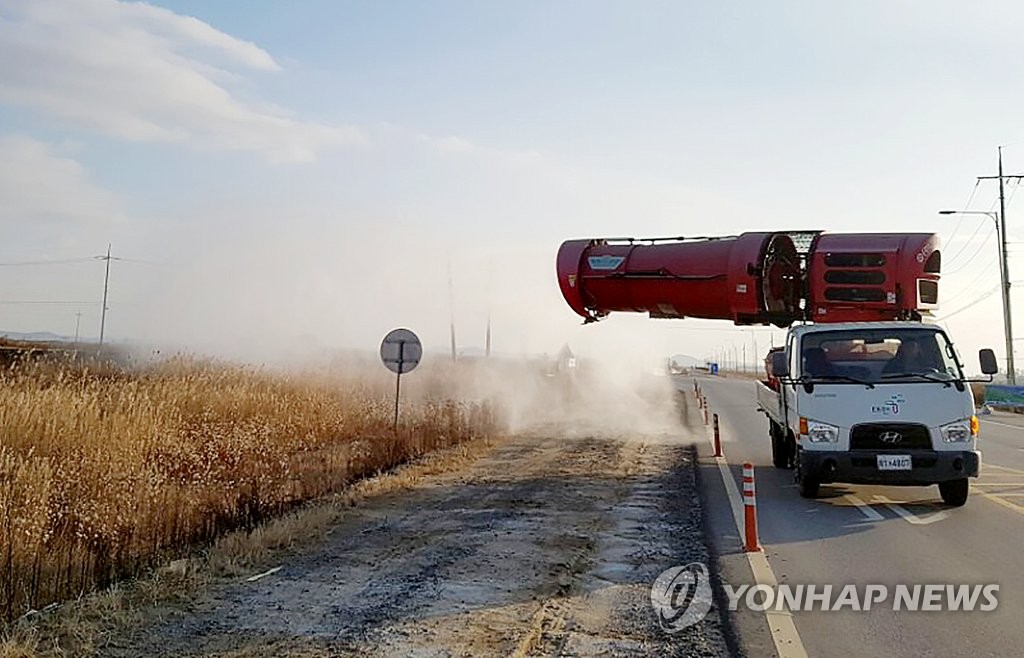 A few days later, authorities confirmed another case in Yongin, near the capital city. The third case was again reported from Cheonan on Tuesday.

Quarantine officials have recently launched investigations at 10 major habitats for migratory birds and are collecting more samples. The entry of people and automobiles into the areas is currently restricted.

They have also bolstered preventive measures at nearby poultry farms.

Separately, South Korea said there have been no additional suspected cases of African swine fever from domestic pigs.

Authorities confirmed two ASF cases from Gangwon Province last month, marking the first outbreak of the animal disease since October 2019. ASF does not affect humans but is deadly to pigs. There is currently no vaccine or cure for the disease.