SEOUL, Nov. 12 (Yonhap) -- A Seoul court on Thursday ruled that a North Korean defector and his family should be compensated for suffering sustained by having been falsely accused of being a spy.

The Seoul Central District Court ordered the government to pay 120 million won (US$107,900), 80 million won and 30 million won, respectively, to Yoo Woo-seong, his sister, Ga-ryeo, and his father, in compensation.

Yoo, an ethnic Chinese who defected to the South in 2004, was indicted in February 2013 on the charge of espionage, largely based on his sister's testimonies. He was later exonerated, as it was revealed that his sister was assaulted and coerced by South Korean officials into making false accusations against her brother. Also, some of the evidence used by prosecutors against him turned out to be fabricated.

In October 2015, the Supreme Court upheld the lower courts' rulings that found him not guilty of working as a spy for North Korea.

Soon after, Yoo's sister sued the government, seeking compensation for the pain inflicted by investigators, followed by a similar lawsuit in 2018 by Yoo and his father.

After the ruling, Yoo said, "It's been a while since the incident happened, but perpetrators in the false spy case have not been properly punished." "Preventing a similar case from happening is more important than getting compensation," he added. 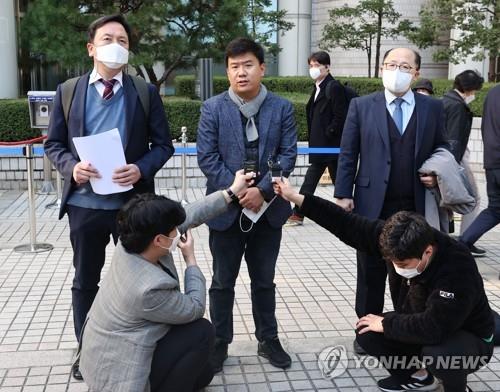