In his first phone call with Moon, Biden also expressed "his desire to strengthen the U.S.-ROK alliance as the linchpin of security and prosperity in the Indo-Pacific region," according to a statement from his transition team. ROK stands for South Korea's official name, the Republic of Korea.

"He observed that he looks forward to working closely with President Moon on other shared challenges, from North Korea to climate change," it said. "The President-elect and President Moon Jae-in also discussed the shared values that underpin the U.S.-ROK alliance as well as their mutual interest in strengthening democracy." 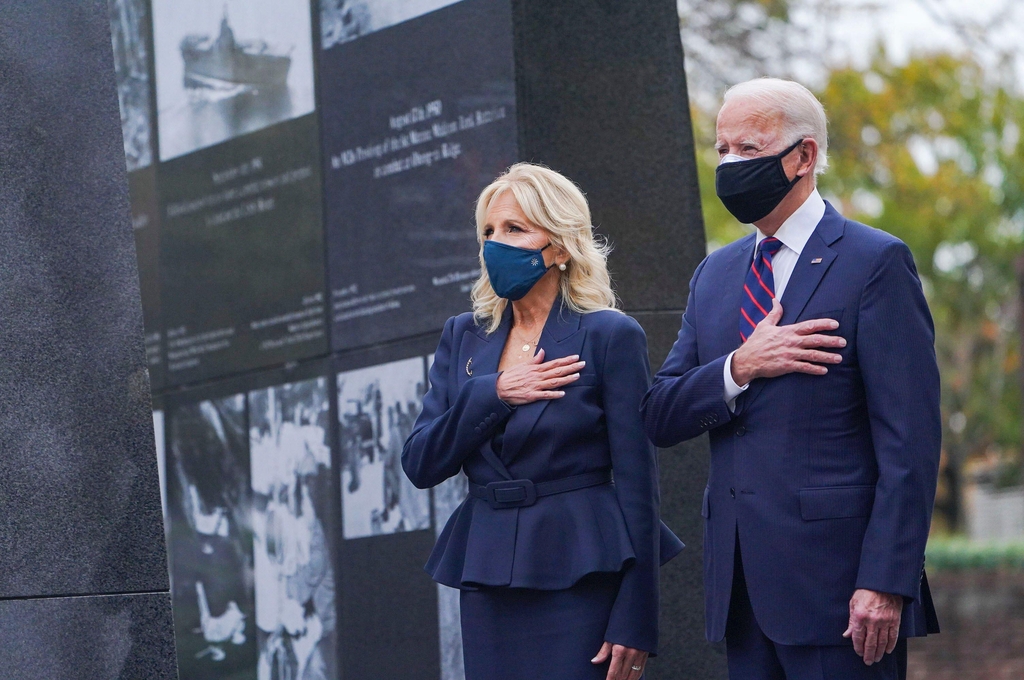 The call came after Biden visited a Korean War veterans' memorial in Pennsylvania earlier in the day to pay his respects to American war heroes on the occasion of the U.S. Veterans Day. The visit was seen in part as highlighting the importance of the alliance with South Korea.

Biden has been critical of the way President Donald Trump has treated allies.

In an op-ed piece contributed to Yonhap News Agency just days before the election, Biden said that he will "stand with South Korea, strengthening our alliance to safeguard peace in East Asia and beyond."

Biden has so far held telephone conversations with nine world leaders, including those from Australia, Britain, France and Japan.

(LEAD) Biden says he is looking forward to working with Moon on challenges, including N. Korea

(LEAD) Biden says he is looking forward to working with Moon on challenges, including N. Korea