SEOUL, Nov. 12 (Yonhap) -- The Seoul city government said Thursday it will launch a 24-hour response system to handle all queries about potential violations of rules on the wearing of masks in public places.

The decision comes as all those not wearing a mask in public will face a 100,000 won (US$90) fine starting Friday.

The city government said each ward office will assign workers the same day to field phone calls on the mask rules and respond to the scene if necessary.

The system will be in place for two weeks. 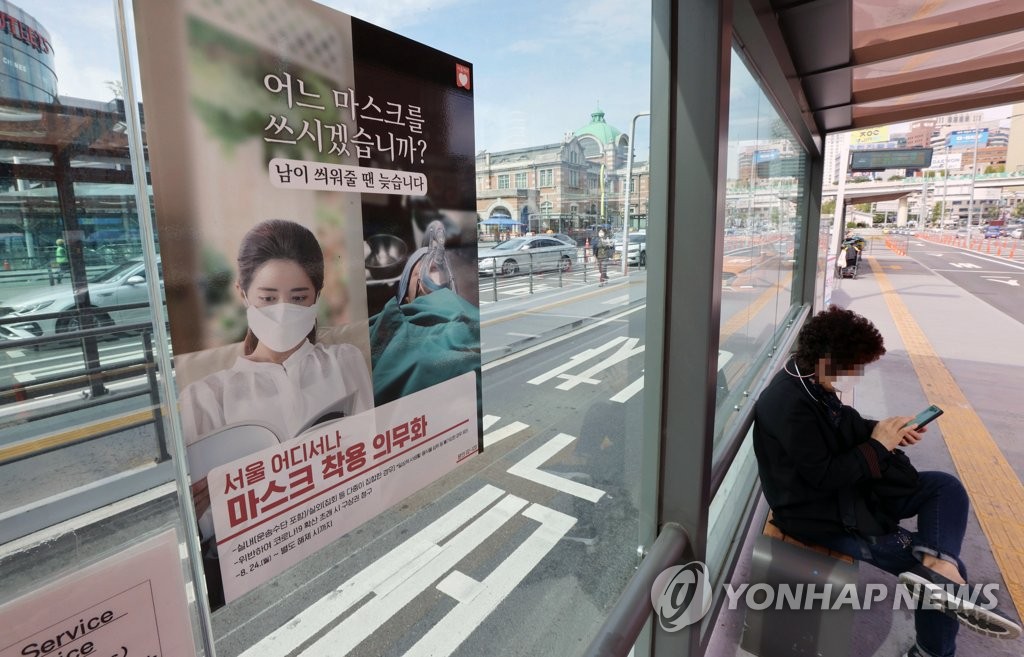 "As we approach winter we expect the risk of (coronavirus) infection to grow and mask wearing to become ever more important," said Han Je-hyun, a Seoul city official overseeing safety.

The city government said it plans to issue fines only if a person repeatedly ignores requests to wear a mask, as its aim is to stop the spread of COVID-19 rather than to penalize offenders.

On Friday, city workers will stage a campaign at bus stops and subway stations on the right way to wear a mask.

Mask wearing is mandatory in all public spaces, including on public transportation, at indoor facilities such as gyms, concert halls and internet cafes, and at outdoor rallies and events.

Exceptions will be made for people who are eating or are unable to wear a mask due to medical conditions.