SEOUL, Nov. 15 (Yonhap) -- Germany regards freedom of expression as "very important," the country's ambassador to Seoul said, amid a contentious attempt to remove a statue in Berlin of a girl symbolizing Japan's wartime sexual slavery.

Last month, Berlin's Mitte district, which has jurisdiction over the statue erected in September, ordered its removal after Japan's protest. But the order was suspended as the civic group that set up the statue filed for an injunction against the order.

"Freedom of expression, of opinion, freedom of art and of culture is something very important to us. And this is relevant to everyone who's in Germany," Ambassador Michael Reiffenstuel said in an interview with Yonhap News Agency on Wednesday.

"This freedom of expression also means sometimes one has to live even with expressions or ways of expression that one may not be happy about. This is some principle that is simply for us in Germany very fundamental and important," he said.

Whether to keep the statue, however, will be up to the local government to decide, and the federal government has no authority to step in, the ambassador said.

"This is something that has to be decided by the city and the mayor of the district. From the German side, we very much encourage both countries to try to find ways and means that can overcome the burden that still exists because of their history." 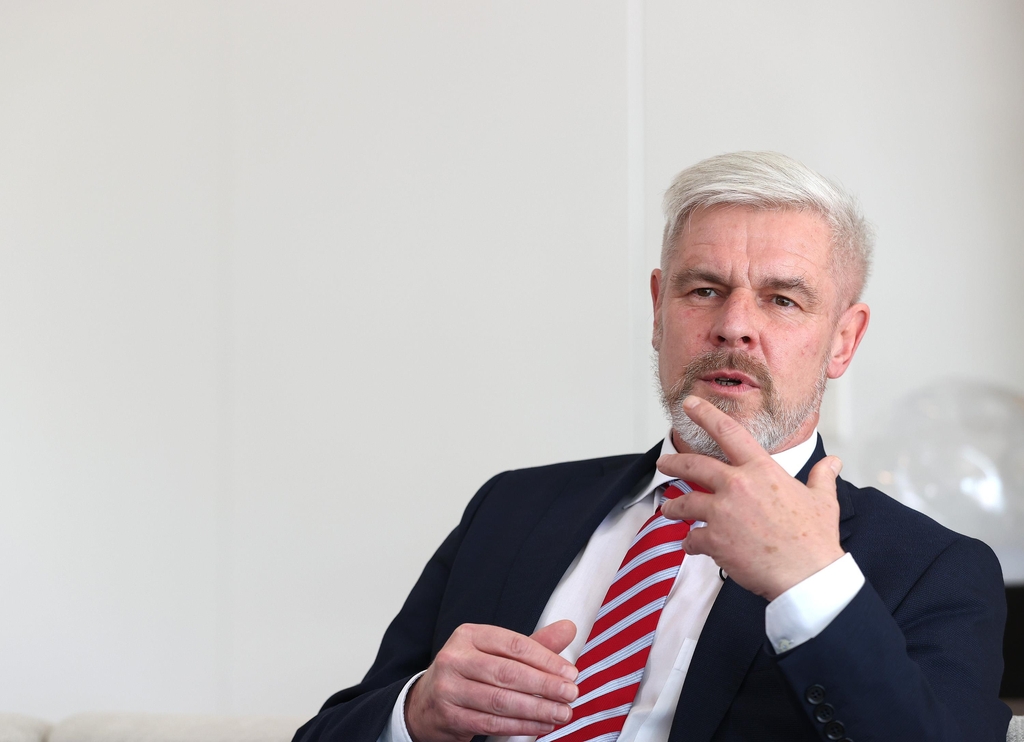 Besides the statue issue, Germany also drew attention in South Korea in July as U.S. President Donald Trump decided to reduce the number of American troops stationed in the European country by one-third, saying the country is not paying enough for the protection.

The decision raised concerns in Seoul that the U.S. might come up with a similar plan for its 28,500-strong forces stationed in Korea amid the stalled negotiations on determining Seoul's share of the cost for keeping the American troop presence.

Trump has also been highly critical of North Atlantic Treaty Organization (NATO) countries for failing to pay enough for defense amid speculation that he could seek to withdraw from the alliance if he was elected to a second term.

With Joe Biden's election as U.S. president, however, the relations between the U.S. and Europe, commonly referred to as the transatlantic partnership, will find "a new impetus," Reiffenstuel said.

The ambassador, who took office in August, lauded South Korea's handling of COVID-19 as an impressive one that all countries in Europe can learn a lot from.

With regard to the possibility of creating an expedited entry system for businesspeople between the two countries, Reiffenstuel said South Korea should first consider lifting the suspension of the visa waiver program in order for any reciprocal measure to be taken. 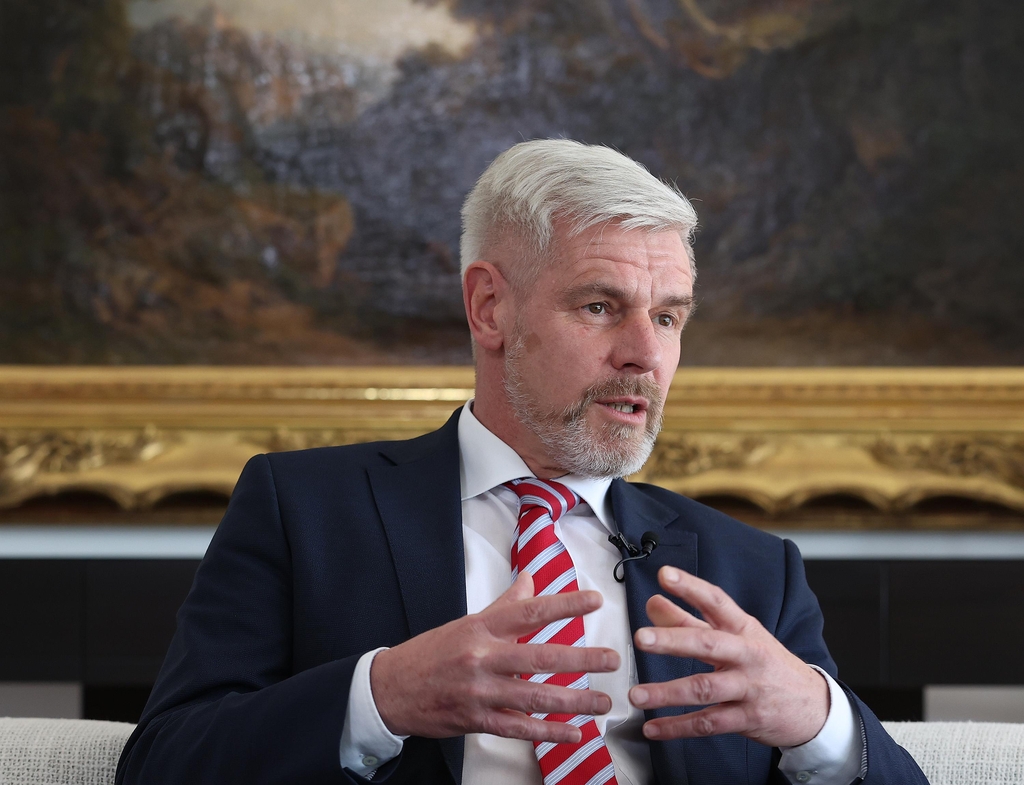 "It's important for reasons of reciprocity that we also see on the side of the Korean government easing the conditions on how to enter Korea," he said.

Touching on South Korea's bid for the chief post at the World Trade Organization (WTO), the ambassador underlined the importance of the whole process being carried out "according to the rules."

"We consider important that we try to stick to the aspect of the actual selection process, originally as agreed within the WTO framework," he said.

The process to pick the WTO's next leader has been thrown into doubt after the U.S. endorsed Seoul's Trade Minister Yoo Myung-hee as the next chief, even though Yoo fell behind her Nigerian rival, Ngozi Okonjo-Iweala, in the final round of consultations among the 164 member states.

"It's important that we do find a solution" in the near future, he added.

On climate change, the ambassador hailed Seoul's Green New Deal initiative, pushed for by President Moon Jae-in to achieve sustainable growth through eco-friendly policies, saying that climate change can be one area that the two countries can work together to boost two-way cooperation.

"We have similar conditions as trading nations ... So the challenge for us and Korea is ... that we use this as a possibility to strengthen the field of industry to support the goal we want to achieve by 2050 carbon neutral environment. There are many fields we can work together on the economic side," the ambassador said.