Finance Minister Hong Nam-ki also said Biden's environment-friendly policies and a trade row between the U.S. and China are likely to serve as downside risks to Asia's fourth-largest economy.

"(Biden's election) is expected to ease global (economic) uncertainty, bolster the fallout of the U.S. fiscal policy and improve trade environments, thus having positive impacts on the global economy," Hong said at a meeting on the government's emergency response for the economy. 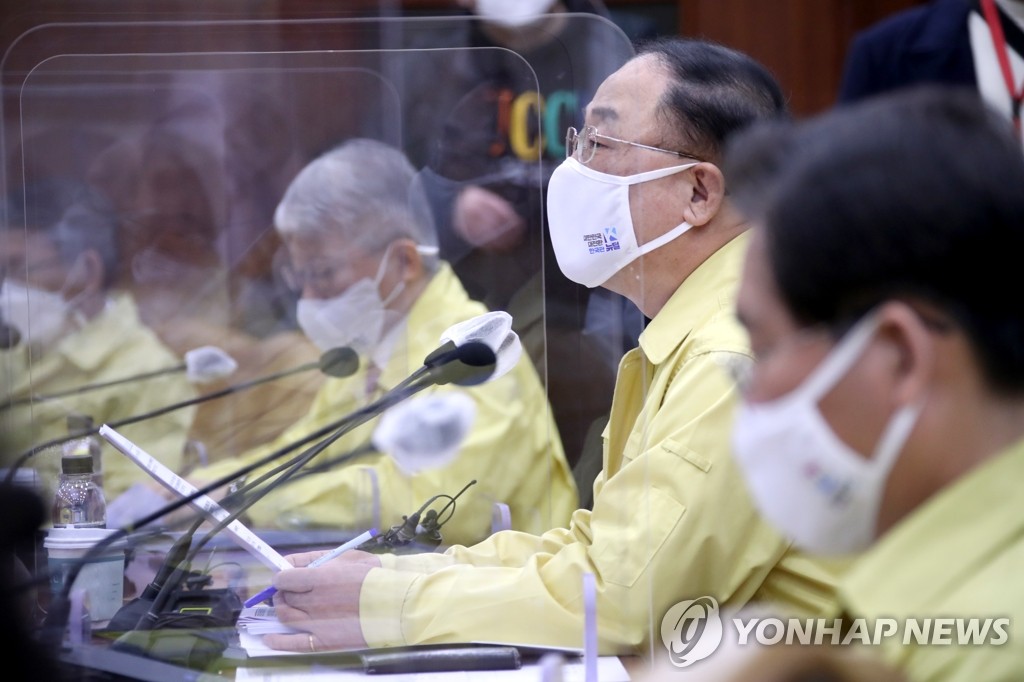 The minister said Biden's victory will serve as an "upside" factor that will help the South Korean economy as the U.S. fiscal stimulus is expected to boost global trade.

Hong said Biden's stricter stance on climate change and a possible prolonged trade spat between Washington and Beijing warrant close watch for their impacts on industries.

As for financial markets, the minister said the foreign exchange rate may undergo short-term volatility.

The won rose against the dollar in recent sessions as the U.S. is expected to take an expansionary fiscal policy amid the coronavirus pandemic. The won closed at a 23-month high of 1,110 a dollar Wednesday.

The finance ministry said it plans to set up a pan-governmental task force to seek ways to promote economic cooperation with the incoming U.S. administration.