"There is the possibility that an end-of-the-war declaration not tied with conditions on North Korea's denuclearization will face objection from the U.S.," Ban said during a security forum hosted by the main opposition People Power Party at the National Assembly.

Ban also predicted that a policy of suspending joint South Korea-U.S. military exercises on the Korean Peninsula could face resistance from the Biden administration as well.

Arranging the formal declaration of an end to the 1950-53 war, which is technically in a state of ceasefire, has been one of the core peace initiatives by President Moon Jae-in

A number of ruling party lawmakers have also called for a reduction or a suspension of regular military exercises between the allies to help reduce tensions on the Korean Peninsula. 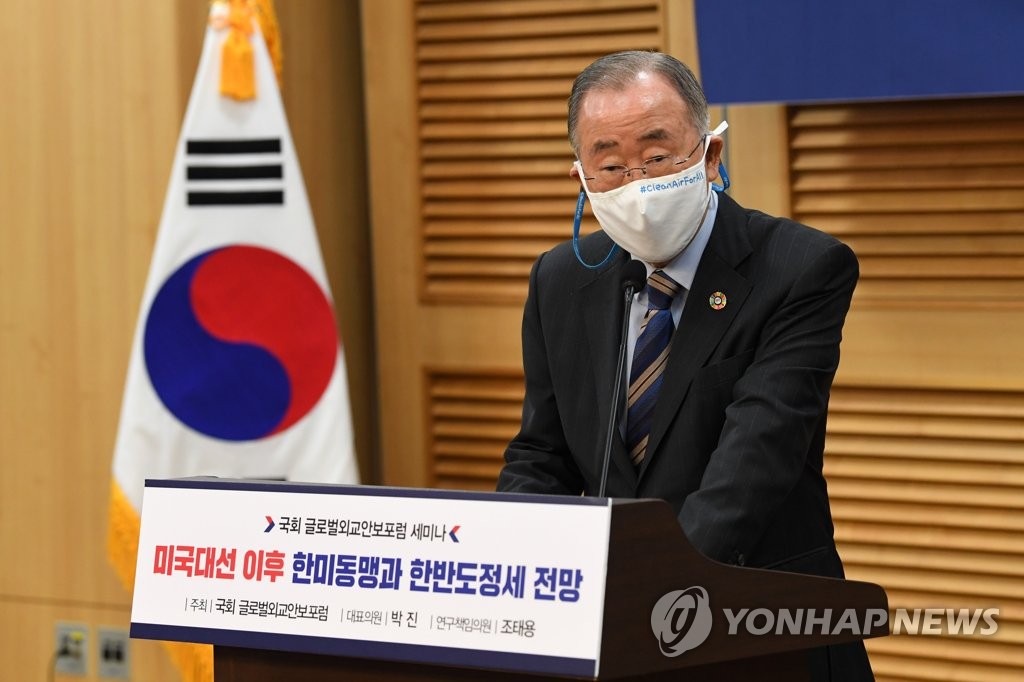 Ban predicated that the Biden government is likely to differ from the current U.S. administration in dealing with North Korea. The former U.N. chief projected the Biden administration will likely seek an approach that prioritizes coordination and consent between Seoul and Washington in engaging with Pyongyang on denuclearization.

On the bilateral alliance, the Biden administration is also likely to differentiate itself from the current government under President Donald Trump. Ban characterized Trump's view on the alliance as based on the logic of a "commercial deal"

"He has both passion and compassion. He is a highly dignified leader with power to unite and empathize with people ... I have high expectations for his respect for the South Korea-U.S. alliance," Ban stated.