SEOUL, Nov. 12 (Yonhap) -- The Doosan Bears are sitting one win away from booking their sixth straight trip to South Korean baseball's championship series. And with the Bears holding a 2-0 lead over the KT Wiz in their best-of-five penultimate round in the Korea Baseball Organization (KBO) postseason, Doosan manager Kim Tae-hyoung isn't going to mess around during Thursday's Game 3.

"We're going to try to win tonight," Kim said in his pregame media availability at Gocheok Sky Dome in Seoul. "We may even use one of our starting pitchers out of the bullpen, depending on the situation." 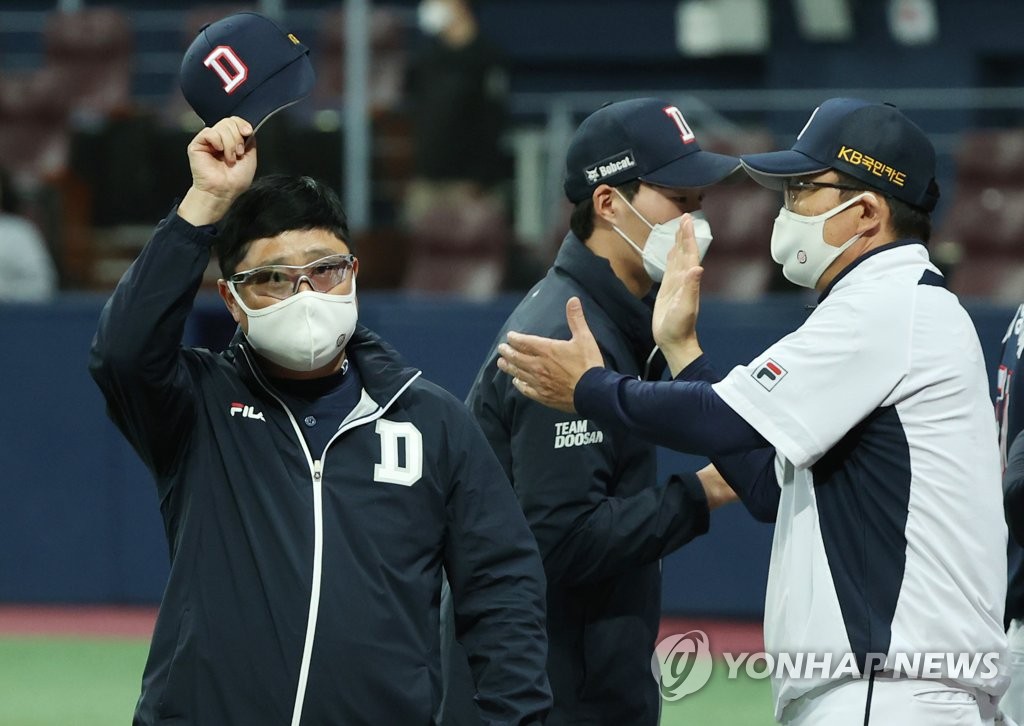 If the Bears complete their sweep Thursday, they will have four days off before the Korean Series begins Tuesday. The NC Dinos, who had the best record in the regular season, earned a bye to the Korean Series.

The Bears would then have their No. 1 starter, Chris Flexen, well rested and ready to go in Game 1. Right-hander Raul Alcantara, who will start Thursday, would be available for Game 2 on five days' rest.

Alcantara dealt with some neck stiffness during the previous round, and is pitching Thursday on six days' rest. Kim said the Dominican right-hander should be fine after an extended break.

When asked about struggles of some hitters, though, Kim declined to elaborate, saying, "Some hitters are doing better than others. It'd be nice to capitalize on opportunities more often," 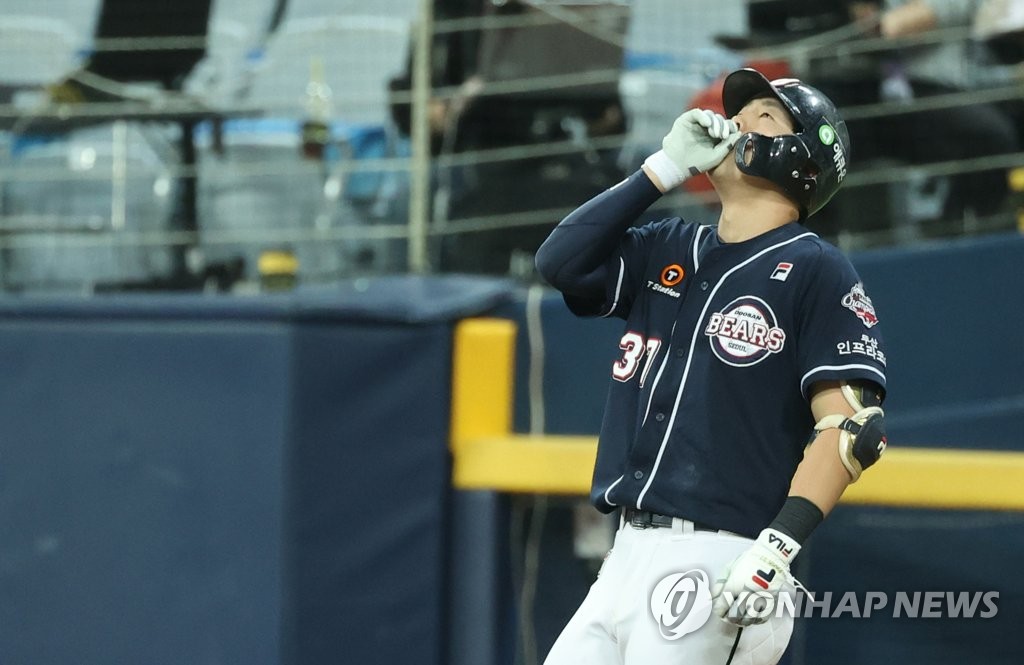 Kim spent some time chatting with Park Kun-woo, who was the primary leadoff hitter during the regular season but has moved down to the No. 9 spot for the postseason.

A lifetime .326 hitter in the regular season, Park is only batting 2-for-14 in four postseason games so far, including the previous round against the LG Twins.

"I didn't tell him anything special. I just felt he was rushing things a bit at the plate," Kim said. "I said he should try to slow things down and let the game come to him."