SEOUL, Nov. 12 (Yonhap) -- As his club marches toward yet another championship round, Doosan Bears' catcher Park Sei-hyok wants his pitchers to stay aggressive.

The Bears lead the KT Wiz 2-0 in their best-of-five penultimate round in the Korea Baseball Organization (KBO) postseason. The Bears have won four straight games, dating back to the previous round against the LG Twins, and Park said one of the keys has been for pitchers' ability to consistently stay ahead in the count. 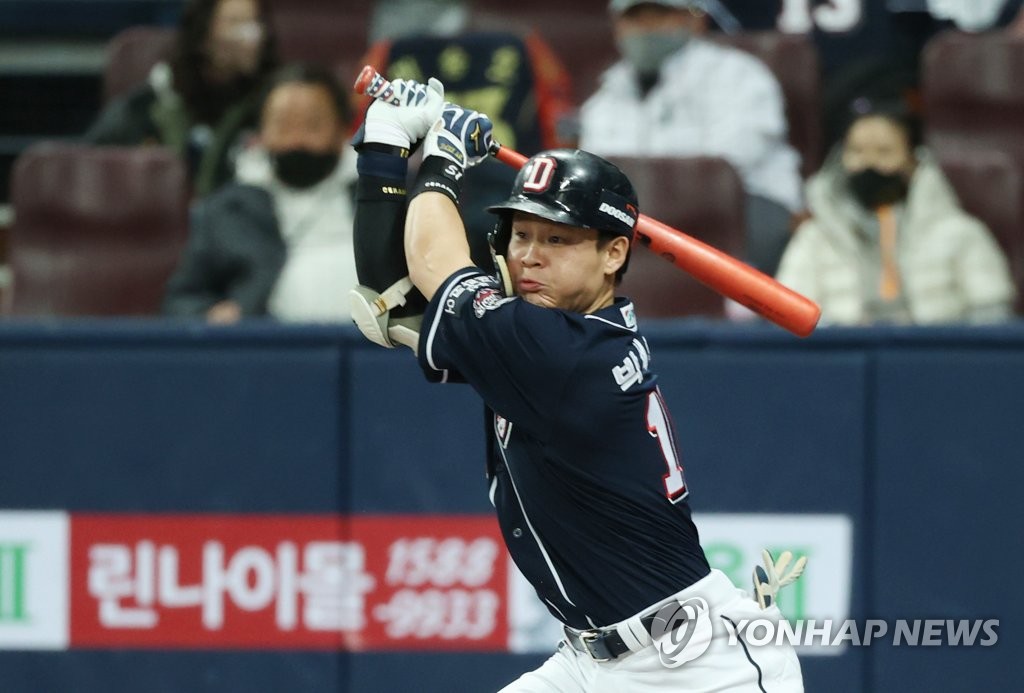 "KT has a lot of players who are playing in their first postseason, and I felt our pitchers should take an attack-first mindset against inexperienced batters," Park said in his presser before Game 3 at Gocheok Sky Dome in Seoul on Thursday. "Instead of getting defensive, we have to attack the zone and try to take the upper hand whenever we can."

Park said it's difficult to score a lot of runs in the postseason, especially with teams running out their best relievers in later innings. The catcher thinks getting the leadoff hitter out each inning can go a long way toward limiting the damage.

"I think that, as long as we sit down the first batter of each inning, we can stop the other team from putting up a crooked number," Park said. "I call for fastballs early, and it sets us up for some breaking balls. I also go with the pitcher's best pitch on that given day. This isn't the time to get too cute."

Playing the most demanding position in baseball, Park said he enjoyed his offday on Wednesday. If the Bears can finish off the Wiz Thursday, they'll have four days off before taking on the NC Dinos in the Korean Series.

"We should try to get to the third win (of this series) as soon as we can, and give ourselves some time to rest," Park said. "That's the focal point of our game tonight."

Against the Dinos, Park will go toe-to-toe with former Doosan backstop Yang Eui-ji, a perennial All-Star and MVP candidate.

Asked about the potential matchup against his former teammate, Park said, "I knew I was going to be asked that question. But I will talk about that when that matchup happens." 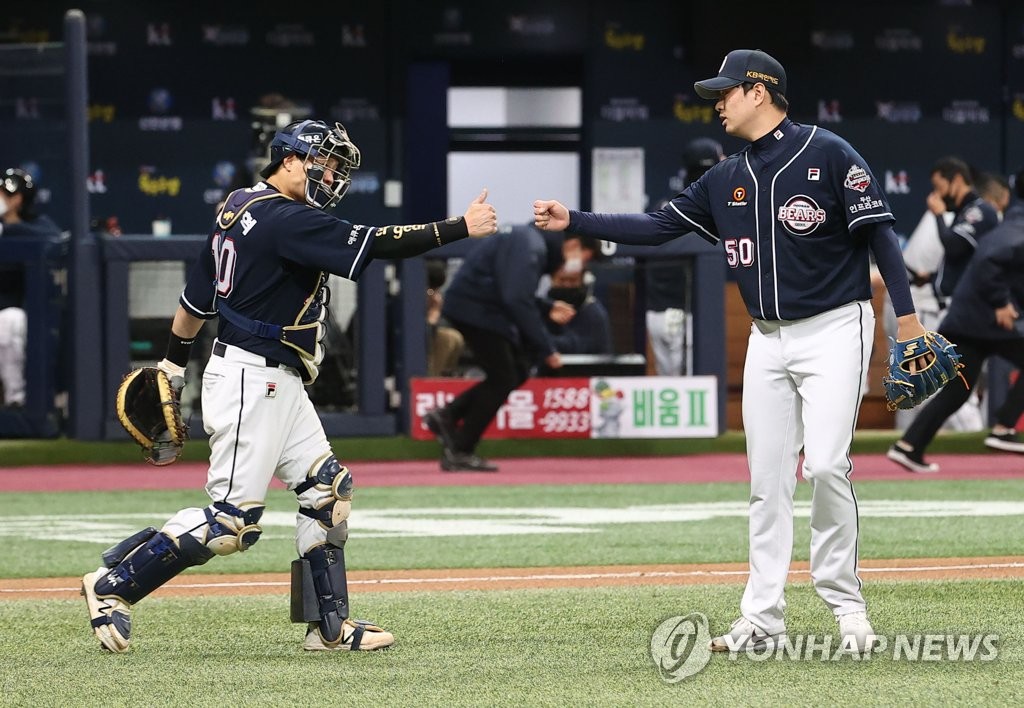