SEOUL, Nov. 12 (Yonhap) -- The vice foreign ministers of South Korea and Japan spoke over the phone on Thursday and agreed on the need for close communication and dialogue, the ministry said, amid a protracted row over wartime forced labor.

In the phone talks, Seoul's Vice Foreign Minister Choi Jong-kun and his Japanese counterpart, Takeo Akiba, noted that the two countries have continued dialogue and exchanges since their leaders agreed to improve bilateral relations in their recent phone talks in September, the ministry said in a release.

They shared the understanding that the governments of the two countries should continue to closely communicate on issues related to the COVID-19 pandemic, the upcoming Tokyo Olympics and the Korean Peninsula, the ministry said.

Choi wished for a successful hosting of the Olympics, and the Japanese minister expressed appreciation in turn, the ministry added.

Concerns are growing that victims' move to sell off the Japanese firms' seized assets in Korea for compensation could aggravate bilateral tensions.

In Thursday's talks, Choi reiterated the need for Japan's swift retraction of export restrictions and Seoul's position on the issue of wartime forced labor, according to the ministry.

Seoul has said it honors the 2018 top court rulings that ordered Japanese companies to compensate Korean victims. But Tokyo has argued that all reparation issues stemming from its colonial rule were settled under a 1965 treaty that normalized bilateral relations. 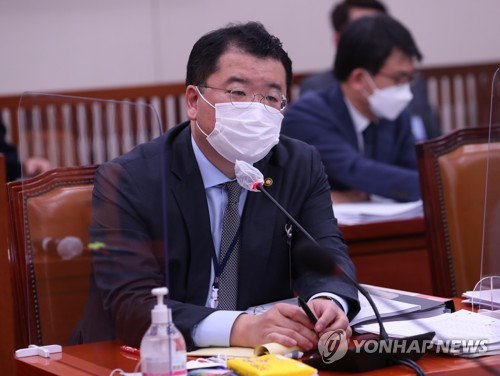