SEOUL, Nov. 12 (Yonhap) -- Even with his club's back against the wall in the South Korean baseball postseason, KT Wiz manager Lee Kang-chul doesn't feel stressed out.

"We've been playing good baseball," Lee said Thursday before Game 3 against the Doosan Bears in the penultimate round of the Korea Baseball Organization (KBO) postseason. The Bears have won the first two and can complete the sweep Thursday at Gocheok Sky Dome in Seoul. 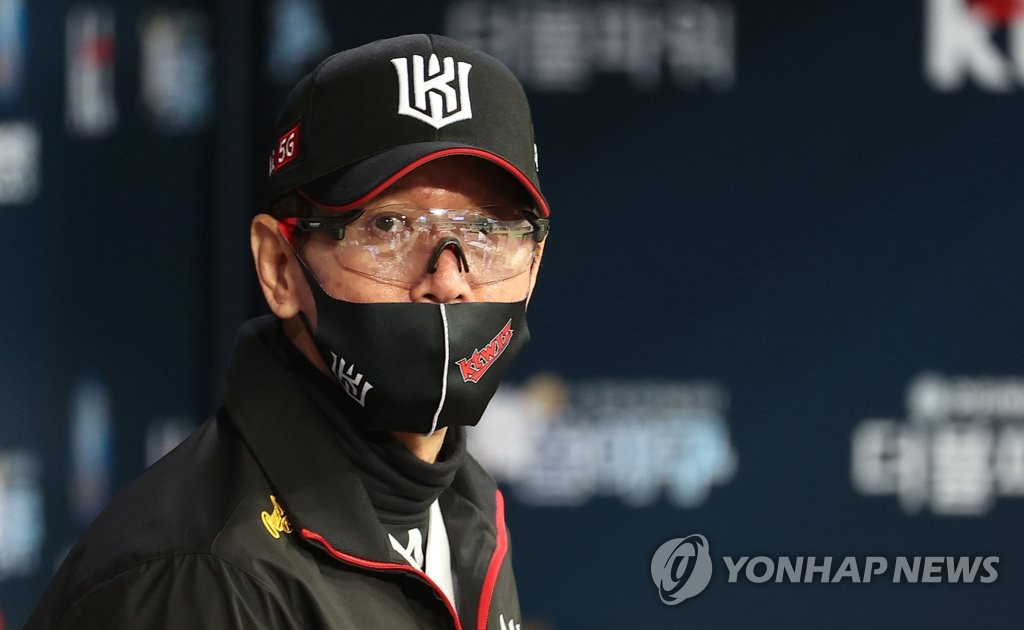 "The series is not over yet," Lee added. "If we win tonight, we'll be in a pretty good spot."

Asked about any message he delivered to the team, Lee said, "I just hope the guys will stay calm. We haven't shown our best just yet."

Lee admitted that he was a tad slow with pitching changes in the first two games, and he will keep Game 3 starter William Cuevas on a short leash. Bae Je-seong, a potential Game 4 starter if the series goes that far, will be available.

"There's no tomorrow for us," Lee said. "This is my first time managing in the postseason, and I think I've already tasted some failure. Today, I am going to be quick with the hooks."

Cuevas made a surprising relief appearance in the eighth inning of Game 1 but ended up getting charged with two earned runs without getting out of that inning.

"I think he was feeling the pressure in the first game, but he should be better as a starter today," Lee said. "His stuff wasn't too bad in that game, either. But if I feel like he's off his game even slightly, I will take him out."

Lee will also use his third different lineup in three games. They scored twice in Game 1 and once in Game 2.

First baseman Kang Baek-ho will move down from cleanup to No. 5 spot, trading places with designated hitter Yoo Han-joon. Yoo had the two-run single in Game 1 loss.

Kang, who batted .330 in the regular season, has been held to just one hit in eight at-bats this series. Kang admitted a postseason game is "two, three times more stressful" than a regular season contest, and he doesn't want to hold anything back in what could be his final game of the year.

"I don't want to get caught up in any personal disappointment. I just want to focus on winning," Kang said. "It doesn't matter where I hit in the lineup. I think the ultimate outcome for a hitter is a home run, but I haven't been able to do that so far. We have one of the best offensive teams in the league, and we'll try to live up to that."

Asked if he has been nervous this series, Kang said, "I think I got ahead of myself too much. I was trying to stay patient during batting practice." 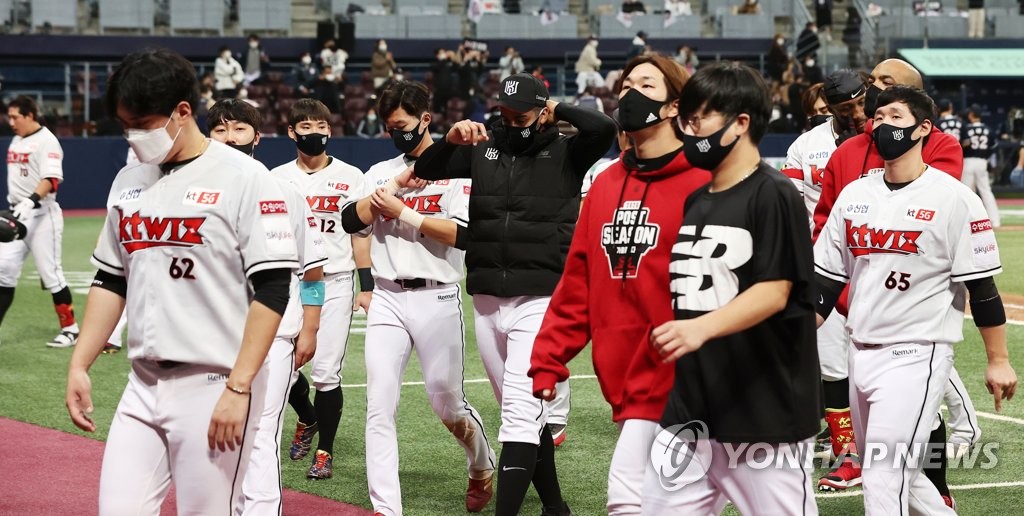