The New Southern Policy Plus is an upgraded version of the Moon administration's initiative, launched three years ago, aimed at strengthening Seoul's strategic ties with the member states of the Association of Southeast Asian Nations (ASEAN). India is another key partner in the drive.

The fresh strategy contains "new and practical measures" with a focus on seven major fields, including "comprehensive health care cooperation," Moon said during a speech at the 21st South Korea-ASEAN summit.

It would enable South Korea and ASEAN to lead the opening of a post-coronavirus era and make the "people-centered community of peace and prosperity" a reality faster, he added. 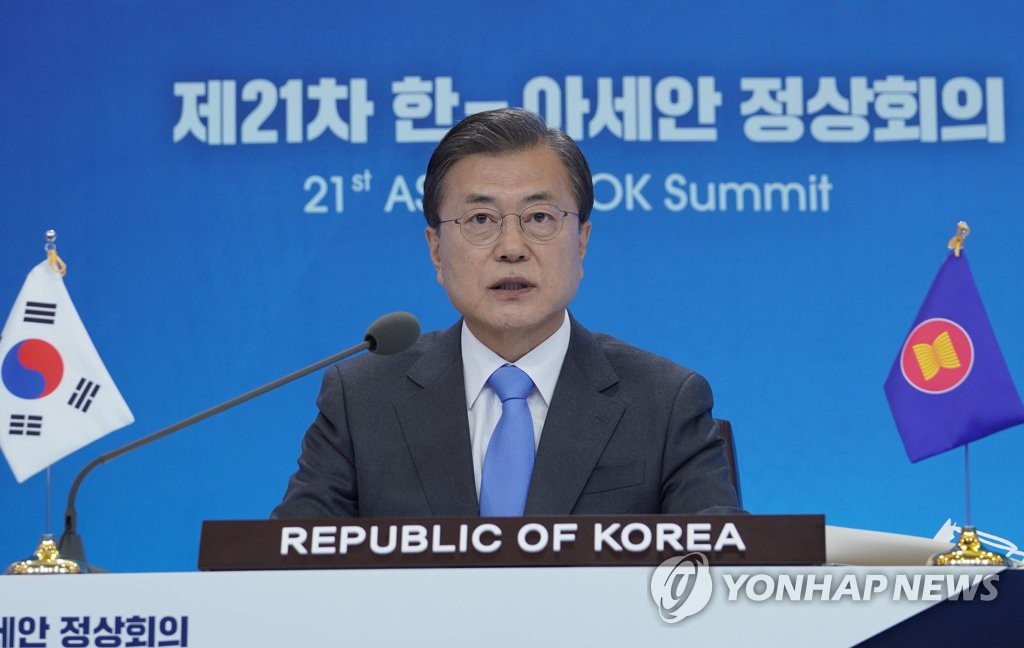 Moon said South Korea plans to participate actively in ASEAN's COVID-19 Response Fund and its related system to reserve medical supplies in addition to efforts to share virus-testing kits and masks, as well as experience, in the anti-virus fight.

He also declared Seoul's support for the ASEAN Comprehensive Recovery Framework, approved by the bloc's members earlier in the day as part of efforts for post-coronavirus recovery, and expressed hope for synergy between the campaign and the New Southern Policy Plus.

South Korea and ASEAN will be able to overcome the coronavirus with the spirit of "solidarity and cooperation," Moon added.

Vietnam, which holds the rotating presidency of ASEAN meetings, hosted the virtual session. 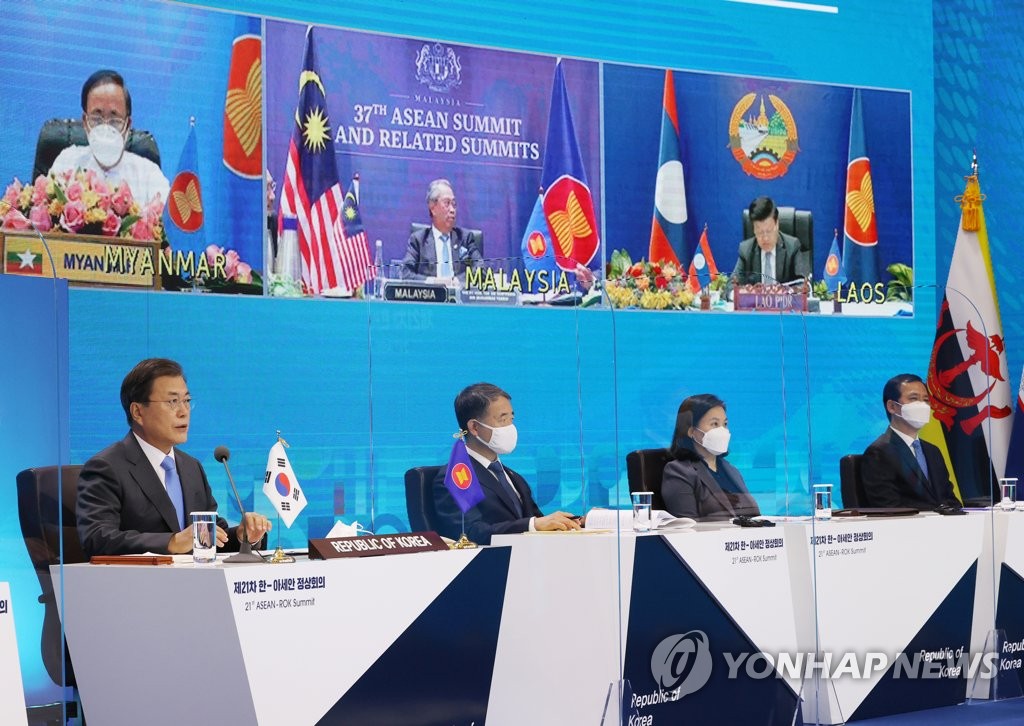 It marked the start of Moon's four-day virtual summit diplomacy with ASEAN and major countries in the Asia-Pacific region.

Moon plans to hold a summit with leaders of the five Mekong River nations -- Vietnam, Cambodia, Myanmar, Laos and Thailand -- on Friday.

The next day, he will take part in the ASEAN Plus Three Summit, also involving China and Japan, and the broader East Asia Summit (EAS) joined by the United States, Russia, Australia, India and New Zealand.

On Sunday, Moon is expected to announce a final deal on the Regional Comprehensive Economic Partnership (RCEP) along with his counterparts from 14 other Asia-Pacific countries. It would be the world's largest free trade agreement, though India has withdrawn from negotiations.