Lee and high-ranking executives discussed the tech giant's future design plans during the meeting at its research center in Seoul, the company said.

It was the first time that the 52-year-old tycoon led a company event since the passing of his father and longtime Samsung Group chief Lee Kun-hee, who died at age 78 on Oct. 25.

Lee, the eldest child and only son of Kun-hee, has been de facto leader of the nation's top conglomerate since 2014 after his father collapsed from a heart attack. 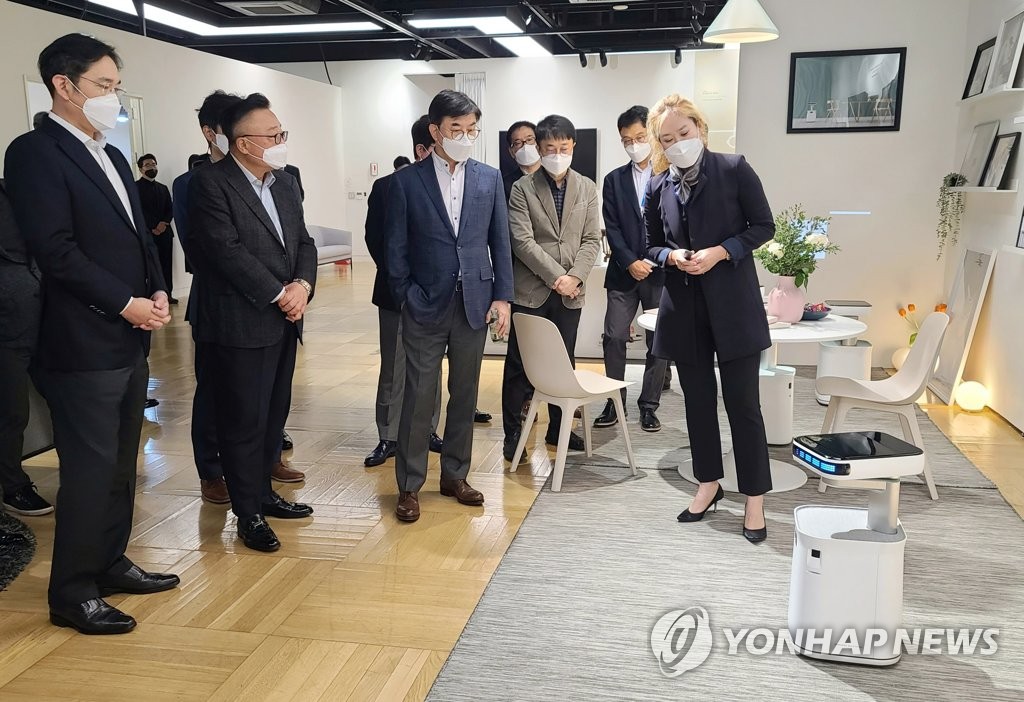 Samsung's business divisions have been holding respective design strategy meetings since 2016, and it was the first time that Samsung held a companywide design meeting.

Samsung said Lee convened the meeting to emphasize that design capability that covers both hardware and software is crucial for its future business, citing that the convergence between products and services is getting faster with technologies including artificial intelligence (AI) and 5G.

Samsung has been trying to improve its design capability since the mid-1990s under Kun-hee's leadership, building design centers and the Samsung Art and Design Institute (SADI).

Currently, Samsung runs design offices in seven countries including the United States, Britain, India and Brazil, with some 1,500 designers.