Hanjin Group is in talks with the state-run Korea Development Bank (KDB), the main creditor of Asiana, to buy the debt-ridden carrier, the sources said.

"The KDB first came up with the idea, and they have been negotiating for about two months," a source familiar with the matter said.

A KDB official said a deal with Hanjin is among various options under consideration but that nothing has been determined at this moment. A Hanjin Group official also said the news cannot be confirmed.

The two sides are reportedly discussing a plan under which the KDB will inject funds to Hanjin KAL Corp., the holding company of Hanjin Group, and then the group will use that money to buy a 30.77 percent stake in Asiana.

The reported plan can make the KDB the third-largest shareholder in Hanjin KAL and help Hanjin Group finance the acquisition deal, the sources said.

In September, Asiana's creditors -- the KDB and the Export-Import Bank of Korea -- decided to end a drawn-out deal to sell the cash-strapped air carrier as they failed to iron out differences over acquisition terms with HDC Hyundai Development Co. amid the coronavirus outbreak.

The HDC-led consortium initially signed the deal to acquire Asiana from Kumho Industrial Co. as well as new Asiana shares to be issued and the carrier's six affiliates for 2.5 trillion won (US$2.1 billion).

But HDC later demanded a renegotiation with Kumho and the creditors over the terms and another round of due diligence on Asiana to reflect the COVID-19 pandemic's impact on the industry. The demand was rejected by the creditors. 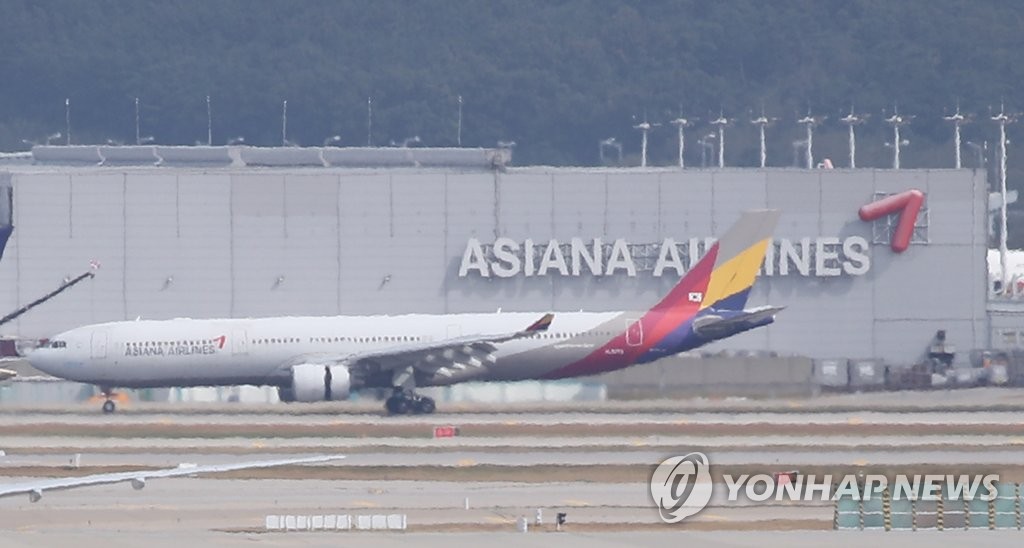