Cuevas threw eight innings of one-run ball, giving up just three hits without walking anybody, helping the Wiz past the Doosan Bears 5-2 in Game 3 of their best-of-five series. It was the first postseason victory in KT's franchise history.

The Bears still lead the penultimate round 2-1, but the Wiz finally showed some fight behind Cuevas' outstanding start. 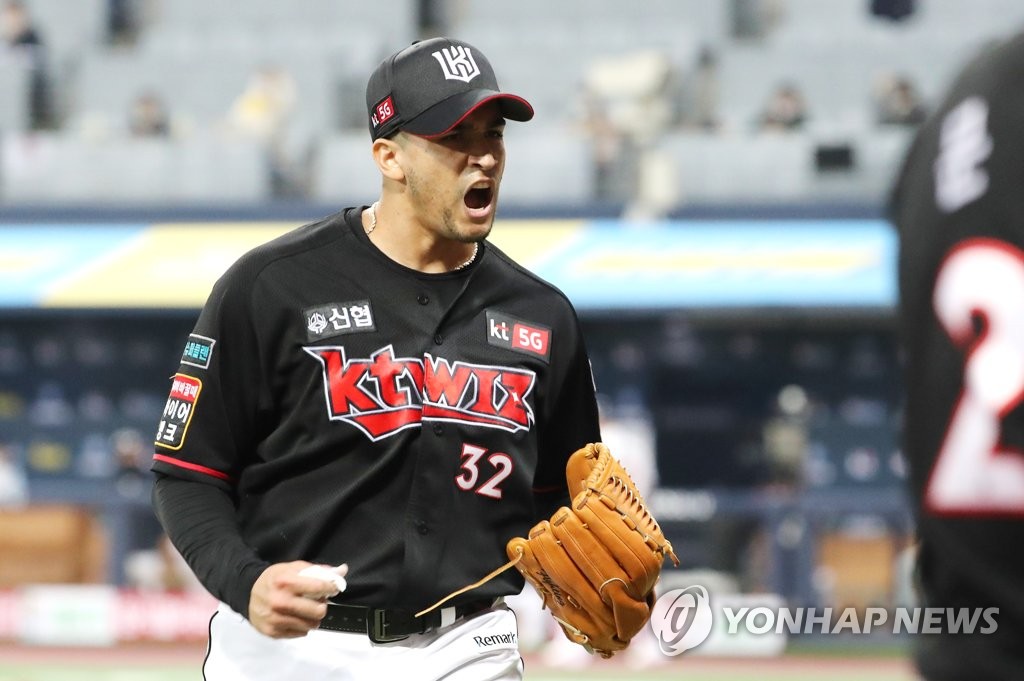 Cuevas had a dismal relief appearance in Game 1 of the series on Monday, getting charged with two earned runs in 2/3 of an inning in a 3-2 loss. He got his chance for redemption on Thursday and made the most of it.

He was at his efficient best early, throwing only 15 pitches to retire the first six batters. Kim Jae-ho got an infield single for Doosan's first hit in the third inning but Cuevas got three quick outs.

With two outs in the fourth, Cuevas got himself into trouble by making a wild throw to first base after fielding a soft comebacker. He breathed a sigh of relief when pinch hitter Choi Joo-hwan grounded out to second. 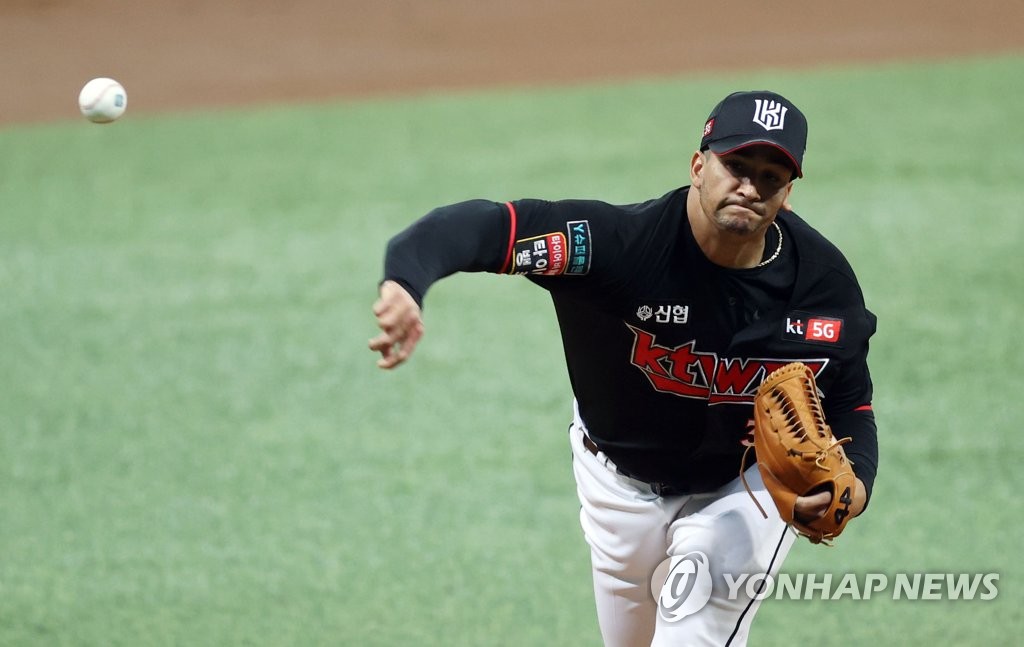 Another error, this time an errant throw from shortstop Shim Woo-jun, and a sacrifice bunt put a man at third with one out for the Bears in the sixth inning. Cuevas dug deep and retired the next two, including Oh Jae-il on a 3-2 curveball that froze the slugger. It was only Cuevas' second strikeout of the game.

Cuevas pitched a clean seventh inning and then watched his teammates break out for five runs in the top eighth.

Cuevas came back out for the bottom eighth after that extended rally by the Wiz and served up a one-out solo home run to Oh Jae-won.

That turned out to be the only blemish for Cuevas. He mostly pitched to contact and got 13 groundouts against only two strikeouts. 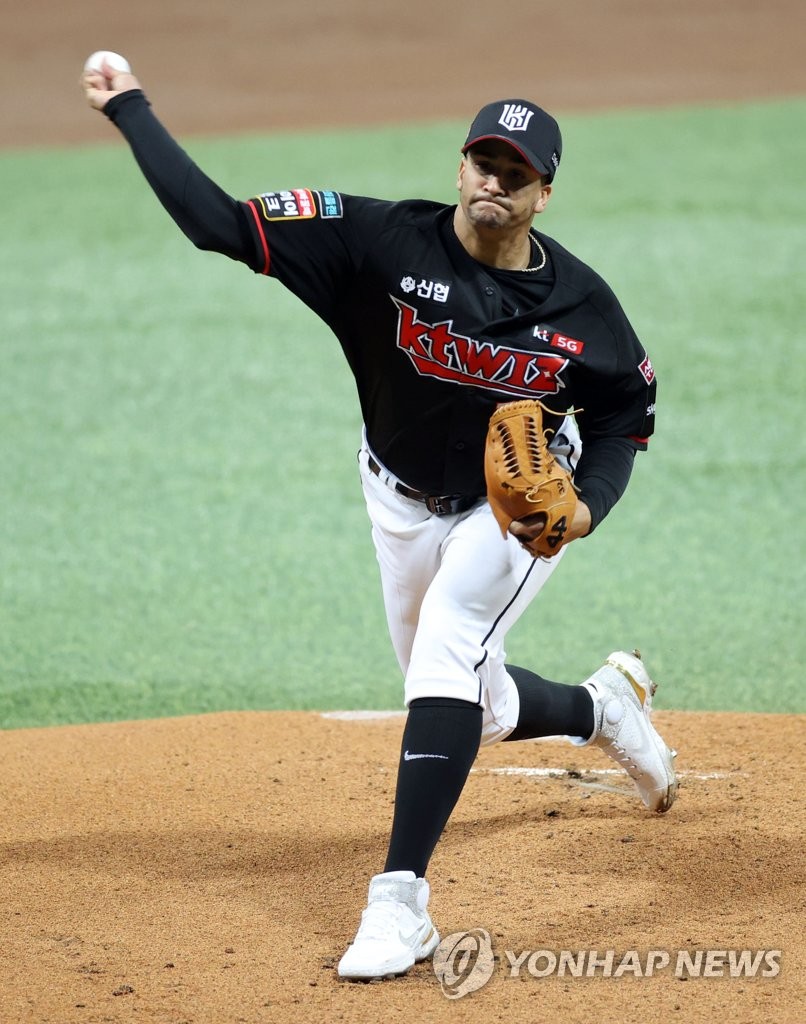 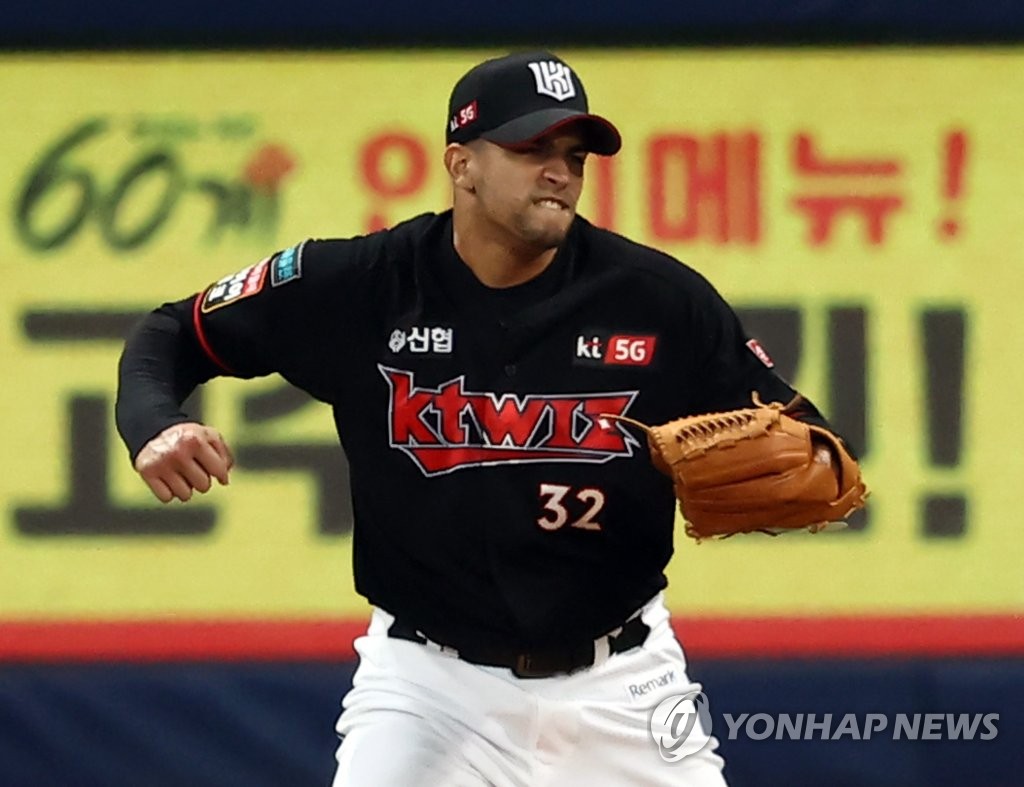