The country added 191 more COVID-19 cases, including 162 local infections, raising the total caseload to 28,133, according to the Korea Disease Control and Prevention Agency (KDCA).

The daily caseload was the highest since Sept. 4, marking a triple-digit growth for a sixth consecutive day.

Health authorities said many infections occurred at small gatherings of family and friends across the nation, expressing worries over sporadic infections on various occasions. 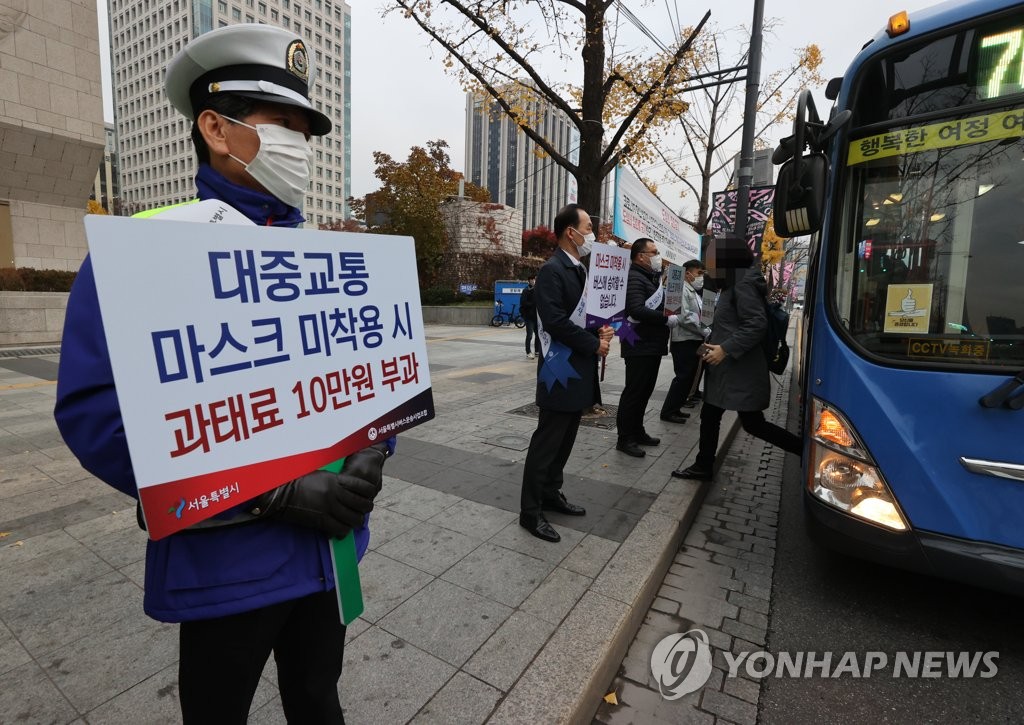 "If the current trend continues, we have to seriously consider raising the social distancing scheme, while some provincial governments have already raised it to Level 1.5," Prime Minister Chung Sye-kyun said in a meeting with senior health officials.

Chung expressed worries over large gatherings by labor and civic groups in Seoul and other regions over the weekend that could lead to an another spike in new virus cases.

"Although the organizers promised to abide by quarantine measures, (such gatherings) could lead to a major outbreak of COVID-19," Chung said. "I call for the groups put more priority in people's lives and safety, and reconsider their gatherings."

Health authorities said participants of the rallies will be required to wear masks, banned from shouting and having meals before and after the events, calling for organizers to make a list of the participants and follow quarantine rules.

"If the organizers don't strictly keep the antivirus rules and several new cases are later traced to the events, the government will take legal action to hold them accountable for it," Yoon Tae-ho, a senior health ministry official, said in a briefing.

People are still allowed to carry on with most of their daily routines under Level 1.5, but gatherings of 100 or more people will be regulated, though it is not a complete ban.

The government is expected to maintain Level 1 social distancing for the Seoul metropolitan area, as the daily average number of new patients remained at 75 this week, the KDCA said. 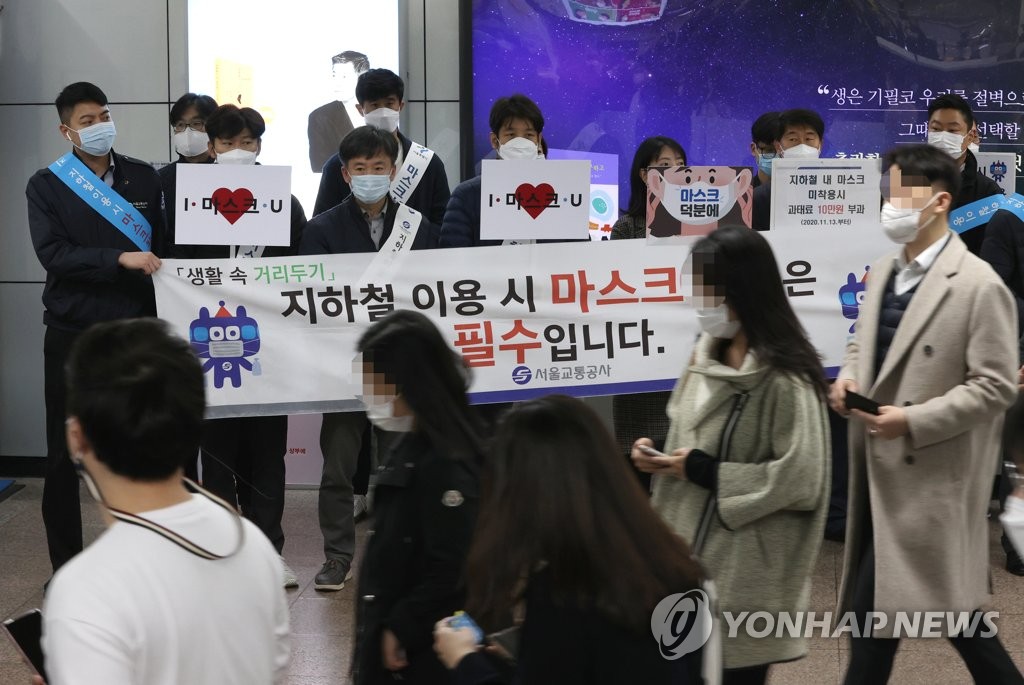 People will face a fine of up to 100,000 won (about US$90) if they do not wear masks on public transportation and at demonstrations, as well as medical, religious and care facilities.

Operators of those facilities and rally organizers will be fined up to 3 million won if they fail to ensure that users or participants stick to the requirement.

Among the locally transmitted cases, the capital city of Seoul accounted for 74 cases, and Gyeonggi Province that surrounds Seoul reported 36. Incheon, located west of Seoul, had three new patients. The greater Seoul area houses around half of the nation's population.

The number of new cases in the Seoul metropolitan area hit a three-week high since Oct. 23.

A total of 14 cases were traced to a military facility in Seoul, and an insurance firm in western Seoul had 46 infections.

Cases tied to medical facilities and senior nursing homes in Gunpo, south of Seoul, came to 154, and those linked to an elementary school in Pocheon, north of Seoul, reached 22.

Cases with unknown transmission routes accounted for 13 percent of the total.

Eleven cases were from the United States, while Russia and Europe accounted for five and four, respectively.

The number of seriously or critically ill COVID-19 patients came to 50, down 53 from Thursday.

South Korea reported one additional death, raising the total at 488.

The number of people released from quarantine after making full recoveries stood at 133.