(ATTN: UPDATES with more details in paras 9-10)
By Kim Soo-yeon

SEJONG, Nov. 13 (Yonhap) -- The South Korean economy is on a recovery path, but it faces lingering uncertainty amid a global resurgence in new coronavirus cases, the finance ministry said Friday.

The Ministry of Economy and Finance said South Korea's exports are on a mild recovery track and the country's production, consumption and investment are improving.

"While the service sector and the job market have seen recovery momentum being capped, the Korean economy faces continuing uncertainty amid the fast spread of COVID-19," the ministry said in a monthly economic report, called the "Green Book."

South Korea's production, consumption and investment returned to growth in September following months of slumps amid the coronavirus outbreak.

The country's exports rose 20.1 percent on-year in the first 10 days of November as shipments of chips and autos increased.

"Exports are on a track for improvement. After being severely dented by a flare-up in COVID-19 in August, domestic demand is also recovering," Kim Young-hoon, director of the ministry's economic analysis division, said at a press briefing.

"But downside risks also linger, as the number of daily virus infections recently topped 100 here. Amid spikes in COVID-19 in Europe and the United States, potential lockdowns by some nations are feared to affect Korea's exports," he added.

The service sector, hit hard by the pandemic, remains sluggish as people refrain from making in-person contact. The job market is also frozen, led by declines in employment in the service and manufacturing sectors.

The number of employed people reached 27.09 million last month, 421,000 fewer than a year earlier and marking the sharpest on-year decline since April, according to data from the statistics agency.

Vice Finance Minister Kim Yong-beom voiced concerns Thursday that recovery momentum in the labor market may have lost steam due to the fallout of the protracted virus outbreak.

"Externally, concerns about global economic recovery mounted as improvements in real economy indicators weakened due to a global flare-up in COVID-19 and an expansion in border lockdowns. But expectations for the development of vaccines also increased," the report said. 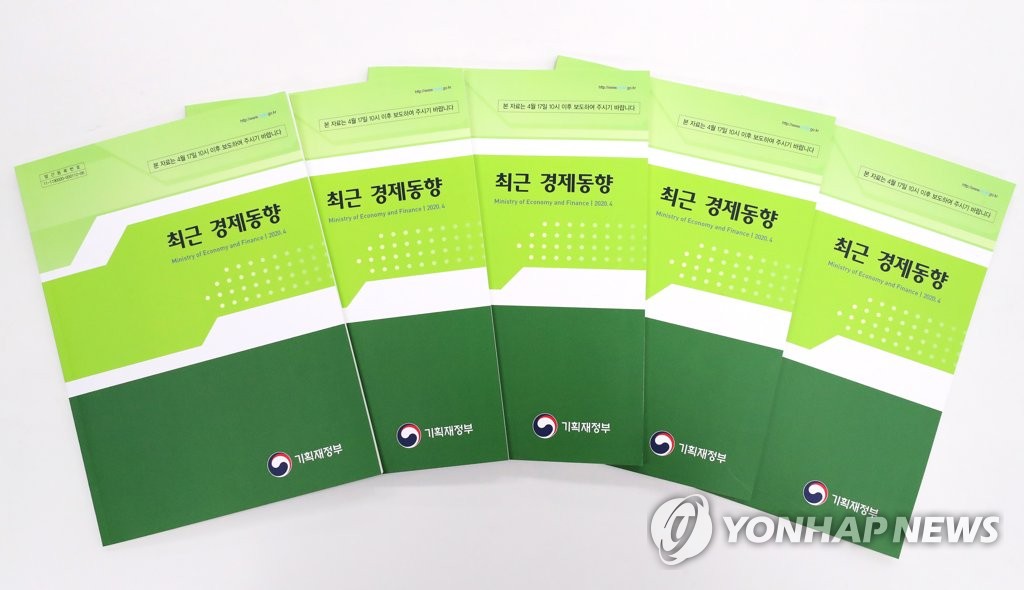