SEOUL, Nov. 13 (Yonhap) -- The landscape of the South Korean streaming service market is facing seismic change as new players have been jumping into the booming sector in diversified forms.

As the protracted novel coronavirus pandemic has accelerated the trend toward mobile-based binge-watching of content, e-commerce firms, like Coupang and online portal operators, including Naver, have revealed plans to break into the highly competitive market.

Netflix, which launched its service in South Korea in 2016, got a head start in the country's online video service market, with its paid subscribers topping 3.6 million as of October.

Wavve, led by terrestrial broadcasters like KBS, and tving, run by entertainment giant CJ ENM, have also made their presence felt thanks to their original shows and drama series that are popular in Asia.

On top of that, in July, Coupang, a leading delivery service provider in South Korea, acquired Singapore's streaming service operator, Hooq, a joint venture established in 2015 by Singapore Telecommunications, Sony Pictures and Warner Bros, as a way to diversify its business portfolio.

The Seoul-based logistics company is set to launch a video content streaming business, while it has applied for trademarks for "Coupang Wow Play" and "Coupang Streaming," possible names for the company's streaming service. 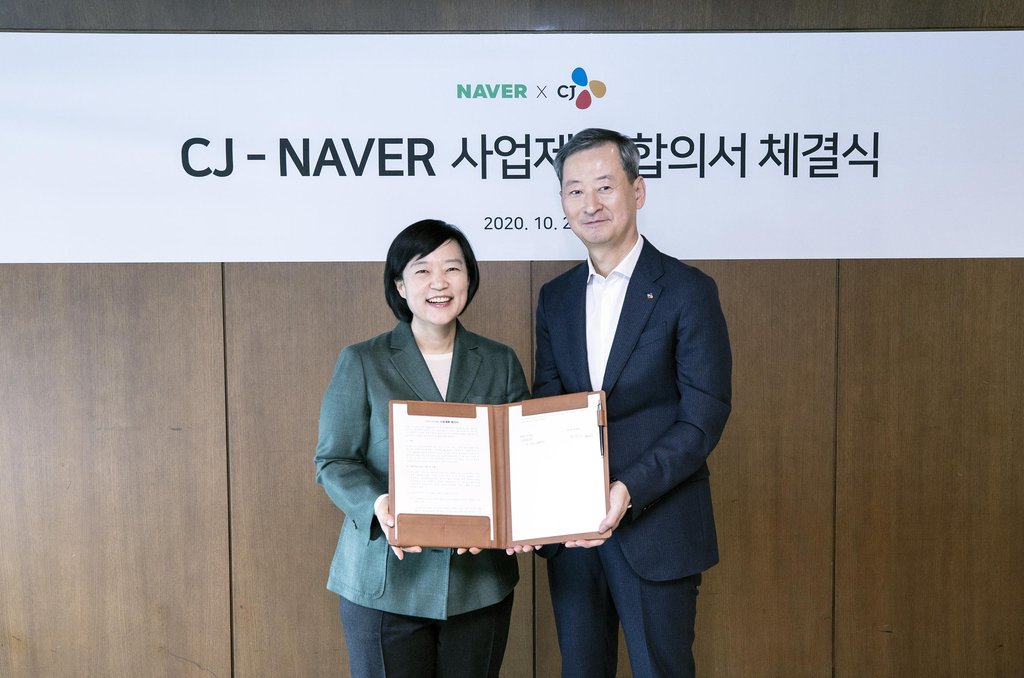 Naver, South Korea's No. 1 online portal operator, has been also expanding into the entertainment sector by joining hands with entertainment and logistics titan CJ Group.

In a share-swap deal, Naver acquired stakes in CJ's affiliates, including CJ ENM, which is behind Oscar-winning "Parasite," and the drama production house, Studio Dragon, that created the popular drama "Guardian: The Lonely and Great God."

At the same time, Kakao, the operator of the biggest chatting application Kakao Talk, has come up with plans to invest 300 billion won (US$268.8 million) by 2023 to produce original content for its live-streaming channel Kakao TV.

The company's business strategy has focused on the entertainment sector in recent years as it has taken over local talent management agencies, music labels and drama productions.

"The South Korean media industry has been seeking ways to deal with Netflix' expanding influence," Noh Chang-hee from Media & Future Institute said in a report published by the Korea Creative Content Agency. "As a result, foreign and domestic players have become business partners or competitors to deal with the fast-changing media environment."