Ban made the remark in a keynote speech at a seminar in Seoul, saying the North's denuclearization issue is likely to be back "on a rollercoaster" following the inauguration of Joe Biden as the next U.S. President.

"There is a possibility the Kim Jong-un regime could test-launch a missile to test the Biden administration," he said. "It is necessary for us to send strong messages using various routes so that they don't make such provocations." 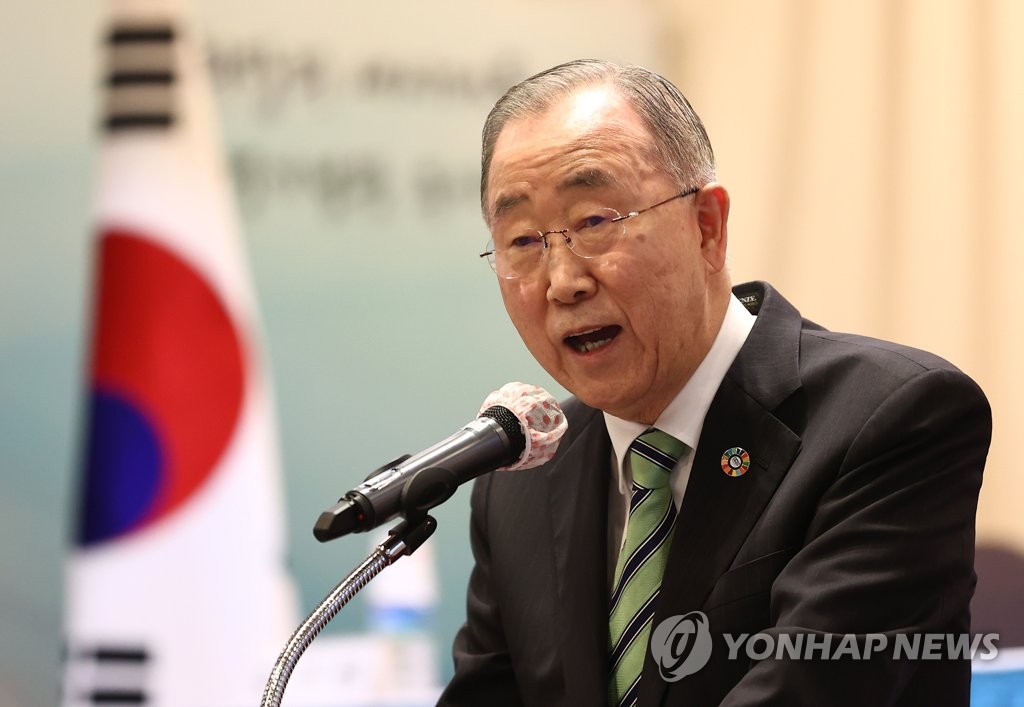 South Korea's government has repeatedly urged North Korea to act in a discreet and flexible manner and stay clear of provocations amid heightened uncertainty over Washington's North Korea policy during the leadership transition there.

Biden has been critical of President Donald Trump's policy on denuclearization negotiations, saying that he will push for "principled" diplomacy on the North. Pyongyang has stayed mum on Biden's election, an uncommonly long silence on the results of U.S. presidential elections.

Forecasting South Korea and the United States to have a "much stronger, much better relationship" under Biden, Ban, however, said the two countries should first have a shared definition of North Korea's denuclearization.

As two players running a three-legged race together, they should have "light-tight" coordination on the North Korea issue with Seoul taking a more active role as "the most directly involved party," he said.

Ban did not expect Biden to use a declaration to end the 1950-53 Korean War as a "surprise show" like U.S. President Donald Trump could have done.

"Still, if North Korea partly shuts down its nuclear or missile program, if there is a firm agreement on that, I think U.N. sanctions could be partly eased. Such a progress is possible as a reasonable process (under Biden)," Ban said.

On other alliance issues, the former secretary general said the envisioned transfer of the wartime operational control (OPCON) of South Korean troops from Washington to Seoul is unlikely to be completed within the Moon Jae-in administration.

The Moon administration hopes to retake OPCON from Washington within his term that ends in May 2022, though the transition is not time-based but conditions-based.