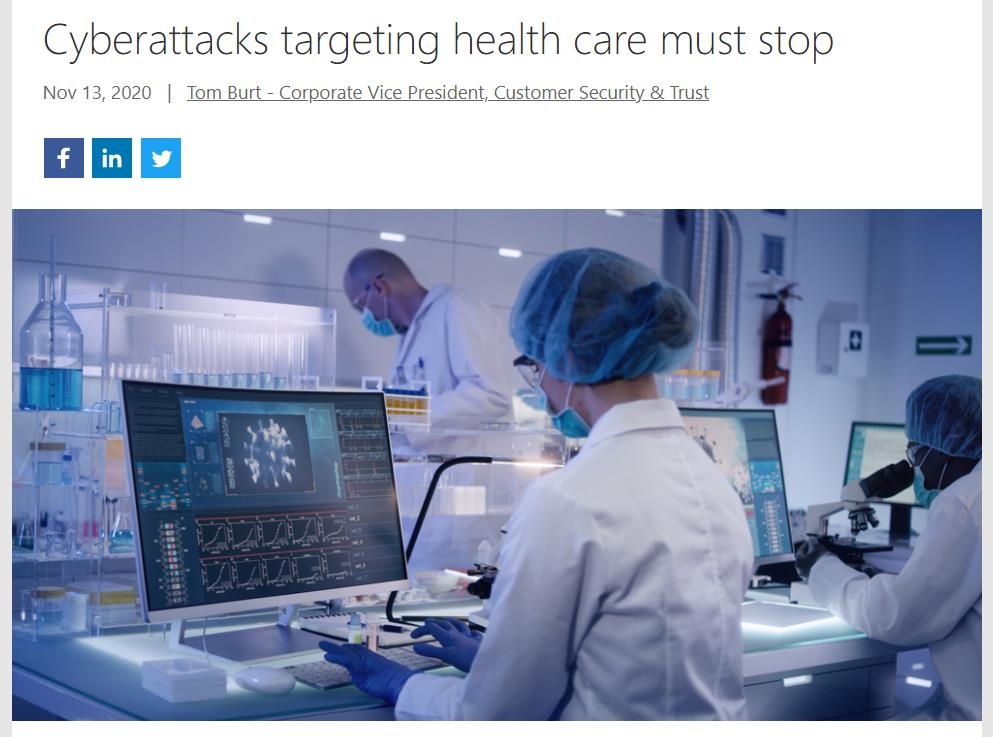 "The majority of these attacks were blocked by security protections built into our products. We've notified all organizations targeted, and where attacks have been successful, we've offered help," he wrote.

Burt insisted the recent attacks against vaccine developers are "unconscionable and should be condemned by all civilized society."

"Microsoft is calling on the world's leaders to affirm that international law protects health care facilities and to take action to enforce the law," he added.

North Korea is said to maintain an army of up to 6,000 hackers, with most of them based in other countries, including China and Russia.

The communist state has often been implicated in cyberattacks aimed at stealing money from banks and other financial institutions around the globe.