SEOUL, Nov. 15 (Yonhap) -- Three ruling party lawmakers, including the chairman of the parliamentary foreign affairs committee, left for Washington on Sunday for meetings with U.S. congressional leaders and experts in the wake of Joe Biden's election as U.S. president.

"Rep. Sherman is one of the leading candidates for chairman of the House Foreign Affairs Committee," Song, the National Assembly's foreign affairs committee chairman, told reporters at Incheon International Airport. "We're going to discuss the North Korean nuclear issue and the alliance between South Korea and the U.S."

The three lawmakers also plan to meet with U.S. Deputy Secretary of State Stephen Biegun, who doubles as the U.S. point man for North Korea, as well as people related to the incoming Biden administration, though it will be difficult to meet with members of Biden's transition team.

"After the U.S. presidential election, Foreign Minister Kang Kyung-hwa visited the U.S., and we're the first to go there as lawmakers," Song said. "We're at a point in time when parliamentary exchanges are important because President-elect Biden hails from Congress and considers parliament important."

South Korea has been trying to maintain close coordination and cooperation with the U.S. after Biden's election as it wants to continue its Korean Peninsula peace process by engaging with North Korea and keep a mood for peace and reconciliation alive. 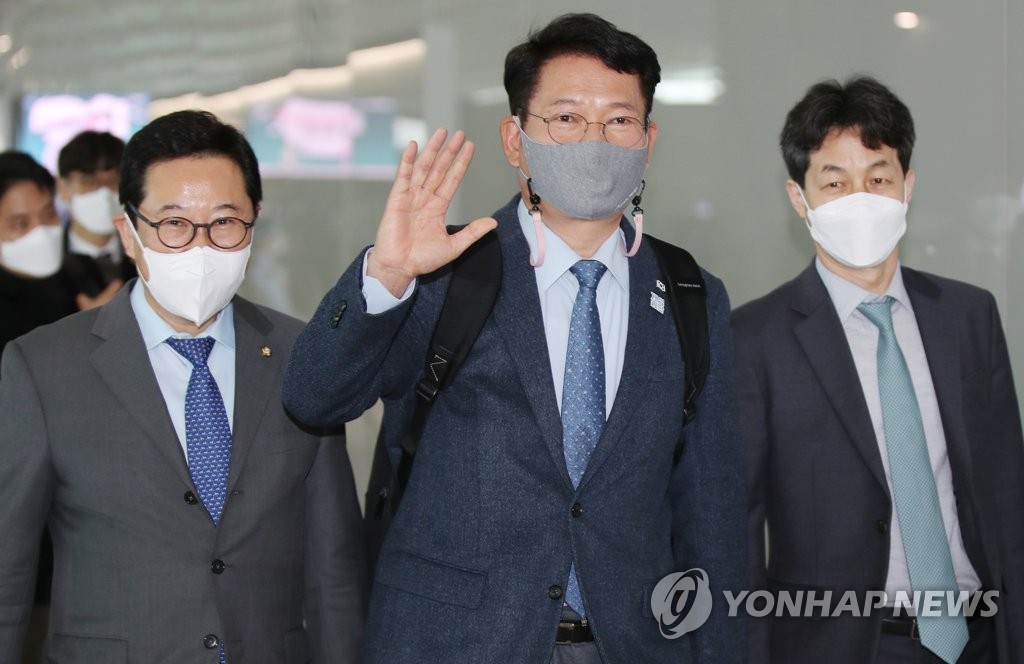