SEOUL, Nov. 16 (Yonhap) -- LG Electronics Inc., a major home appliance maker in South Korea, said Monday it has ramped up TV production in Mexico to cope with rising demand in North America ahead of the year-end shopping season.

LG's TV plant in Reynosa, northeastern Mexico, has recently expanded its production volume by 30 percent from a year ago so that it can meet demand in the North American market for Black Friday and the Christmas shopping season.

All of the LG TVs produced in Mexico are sold in North America.

According to market researcher Omdia, global OLED TV shipments are expected to surpass 1 million units in the fourth quarter. Around 904,000 OLED TVs were sold worldwide in the third quarter.

In particular, Omdia projected OLED TV shipments in North America in the fourth quarter to increase 20 percent from a year ago, as TV demand is recovering from the COVID-19 pandemic.

LG is the world's second-largest TV vendor and the largest maker of OLED TVs.

LG's home entertainment division, which covers the company's TV business, logged sales of 3.67 trillion won (US$3.3 billion) in the third quarter, up 14.3 percent from a year earlier, while its operating profit jumped 13.2 percent on-year to 326.6 billion won over the cited period. 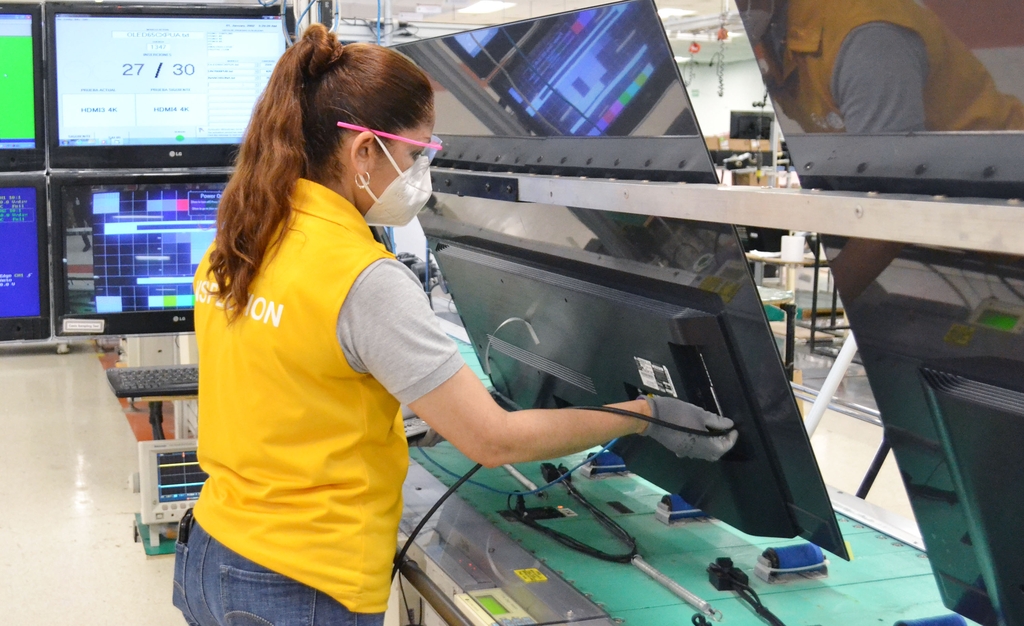