CJ CGV, the leading multiplex chain in South Korea, saw its third-quarter operating loss reach 96.8 billion won (US$87.3 million), swinging from an operating profit of 31 billion won tallied a year earlier, according to a regulatory filing.

Its sales tumbled 68.8 percent on-year to 155.2 billion won for the three months through September.

But from the previous quarter, its third-quarter bottom line improved to some extent thanks to summer blockbuster hits like the zombie thriller "Peninsula" and the crime opera "Deliver Us From Evil."

Over the April-June period, the company posted an operating loss of 130.5 billion won, with its sales reaching 41.6 billion won.

CJ ENM, an entertainment unit of CJ Group, said its filmmaking and distributing business has still been struggling with a drop in sales, with its operating loss totaling 4.1 billion won for the July-September period. 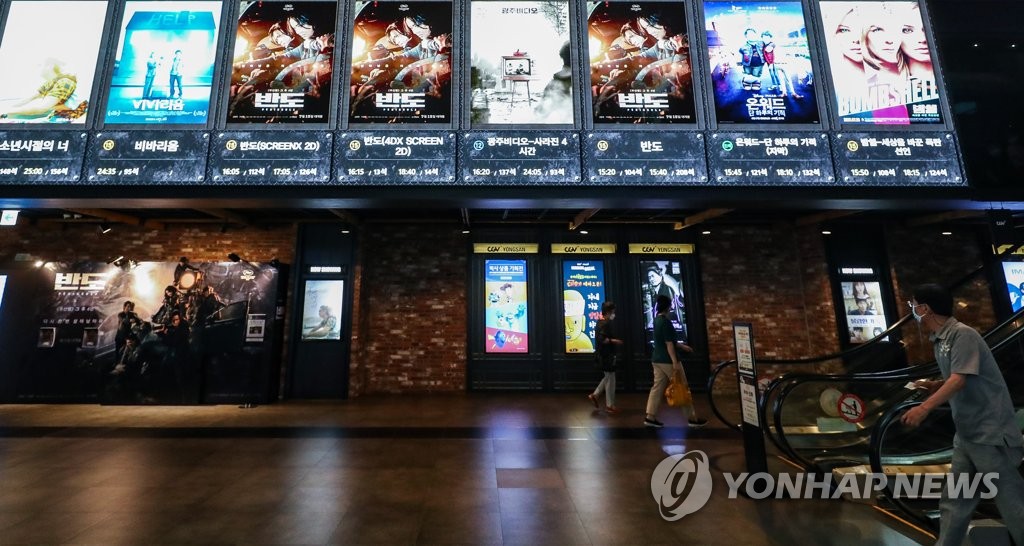 "As the COVID-19 pandemic has continued in the third quarter, all of CGV's overseas branches and affiliates logged operating losses," the company said in a press release. "But the deficit reduced from the second quarter when the coronavirus pandemic peaked. It seems that the film industry has turned a corner."

Lotte Cultureworks, which runs Lotte Cinema, one of the country's three largest multiplex chains, and distributing company Lotte Entertainment, said it also remained in the red for the third quarter with an operating loss of 44 billion won.

But the deficit decreased 13 percent on-quarter from a loss of 50.6 billion won for the second quarter, it added.

J Contentree, which owns Megabox, also posted an operation deficit of 7.8 billion won for the third quarter, compared to 14.2 billion won in operating loss in the previous quarter.

Experts said the local film industry seems to have bottomed out, but the rebound will hardly come soon because the coronavirus scare is still lingering.

"There are uncertainties over how fast the earnings of theaters will get on track," analyst Lee Dong-ryun from KB Securities said. "At the same time, the COVID-19 pandemic has changed the media industry, with video streaming services having emerged."

South Korea's film industry has been hit hard by the coronavirus outbreak.

The number of moviegoers slumped 70 percent on-year to 54.5 million over the January-October period from the previous year's 185.6 million. Distributors have postponed the release schedules of dozens of homegrown and foreign movies, while some of them went to Netflix without a theatrical run.

Theaters have tightened their belts to survive the impact of the coronavirus pandemic, undergoing job cuts and closing some of their branches to handle a financial crunch stemming from the COVID-19 pandemic. 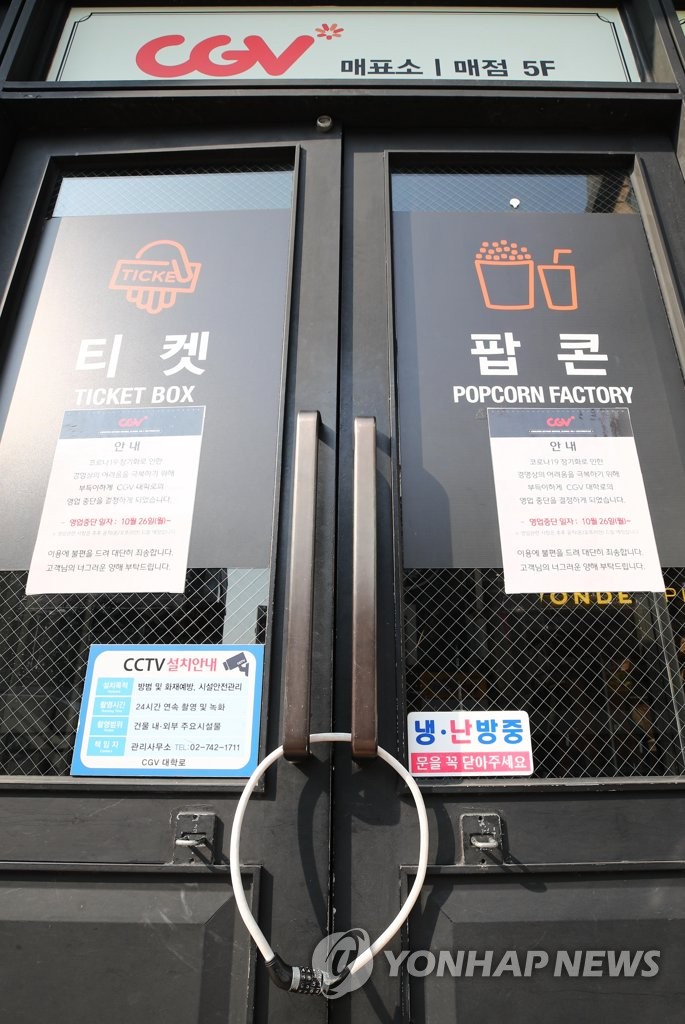 Cinema chains, distributors remain in red in Q3, but have likely bottomed out

Cinema chains, distributors remain in red in Q3, but have likely bottomed out