Samsung said its Smart Monitor is a "do-it-all screen" that meets consumers' needs in remote working, learning and at-home entertainment with better mobile and PC connectivity.

Its Smart Monitor is available only in the United States, Canada and China at first, but Samsung said it plans to launch the product in other countries from the end of this month. 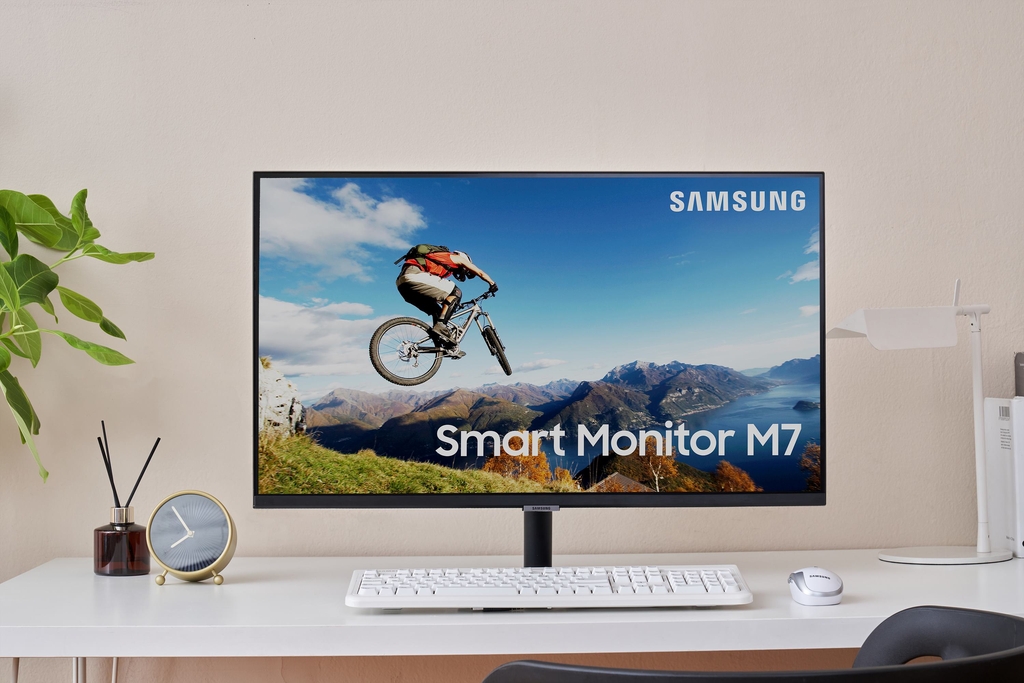 The monitor can operate Microsoft Office 365 applications without a PC connection thanks to embedded Wi-Fi, according to Samsung, which allows people to easily view and edit documents in the cloud directly from the monitor.

The monitor's app store allows users to access Netflix, HBO and YouTube even when it is not connected to a PC or mobile device.

Samsung said the display can also be voice-controlled with its Bixby platform.

According to market researcher TrendForce, Samsung is expected to see a 30 percent on-year increase in its monitor shipments to rank fourth in the global monitor market this year, up two spots from a year ago.

TrendForce estimates global monitor shipment to grow by 5.4 percent on-year to reach nearly 135 million units this year on the back of the stay-at-home economy induced by the pandemic.