The quake was detected around 3:10 a.m., 38 kilometers northwest of Kilju, North Hamgyong Province, and 8 km away from the site of North Korea's sixth nuclear test in 2017, according to the Korea Meteorological Administration.

"This area used to be solid terrain without the occurrence of earthquakes, but there have been frequent natural earthquakes since the nuclear test," a KMA official said.

The quake posted a maximum of 1 on a seismic intensity scale, which means that most people would not have felt the tremor. 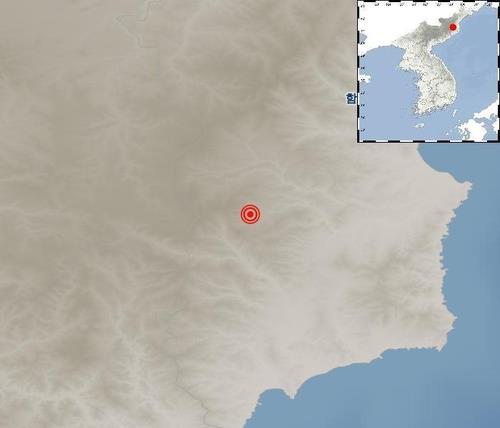