"Gen. McConville ... plans to meet with senior ROK Defense Ministry and Army leadership to discuss how the ROK-U.S. Armies can remain ready to meet the security needs of the region," Lt. Col. Curtis Kellogg, public affairs officer to the chief of staff of the Army, said in a statement. ROK is the acronym of South Korea's official name, the Republic of Korea.

"Gen. McConville recognizes that the Republic of Korea and U.S. Armies have stood side by side to safeguard the peninsula and the region for more than 70 years," he added.

The general also plans to visit American soldiers stationed in South Korea to thank them for their contribution to the bilateral alliance, according to the statement.

His detailed itinerary was not immediately available, including how long he will stay here and if he plans to visit any other countries before returning home. 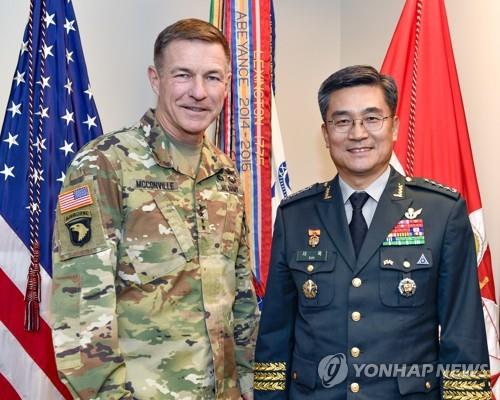