SEOUL, Nov. 17 (Yonhap) -- South Korea is set to raise the social distancing scheme in the greater Seoul area by one notch to rein in the upward trend of coronavirus infections as the number of new cases hovered above 200 for the fourth consecutive day Tuesday.

The country added 230 more COVID-19 cases, including 202 local infections, raising the total caseload to 28,999, according to the Korea Disease Control and Prevention Agency (KDCA).

Daily infections stayed in the triple digits for the 10th consecutive day, with the daily caseload exceeding 200 for the first time in 73 days on Saturday.

Cluster infections from private gatherings, public facilities and hospitals continued to occur in several parts of the nation, making it harder for health authorities to pin down potential cases and curb the spread of the virus. 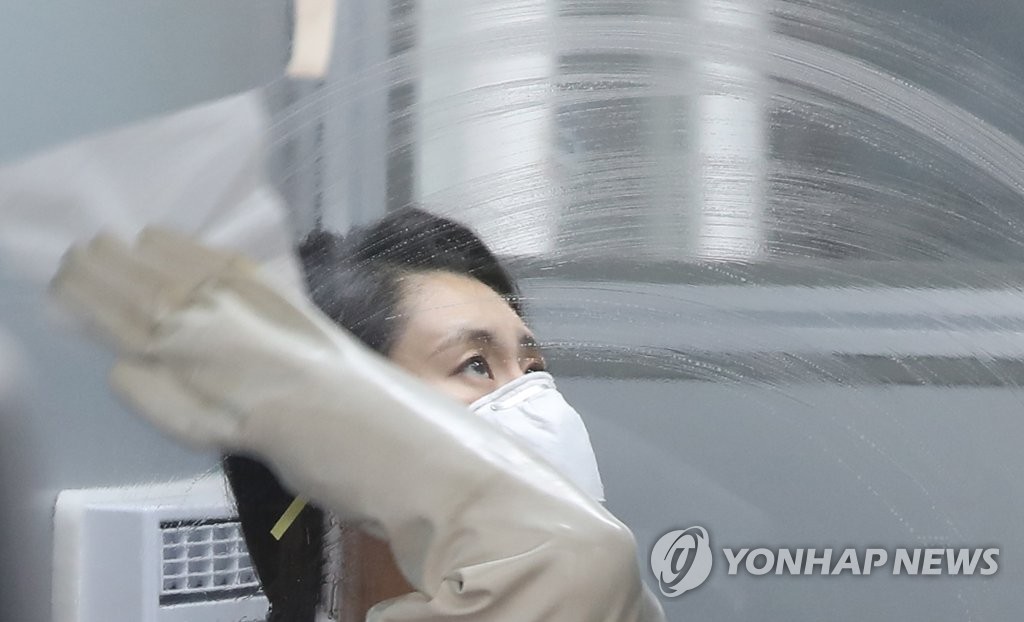 To slow down the spread of COVID-19, health authorities raised the social distancing scheme from Level 1 to 1.5 under a new five-tier scheme in Seoul and the surrounding Gyeonggi Province, effective from Thursday.

It will take effect from Monday in Incheon, west of Seoul, considering there are fewer cases in the city, while some counties will remain under the Level 1 distancing.

The latest measure comes as the daily average number of patients in the greater Seoul area, which houses around half of the nation's population, stood at 113.3 over the past week, surpassing the threshold for Level 1.5 for the region.

Gangwon Province will decide on its own distancing level in the western region, which saw a sharp rise in new cases over the past week.

"The goal of upping social distancing to Level 1.5 is aimed at turning around the current trend (of virus spread) and preventing the pandemic in the Seoul metropolitan area and Gangwon Province," Health Minister Park Neunghoo said in a briefing. "It is important to flatten the virus curve without adopting Level 2, which could have a bigger impact on the local economy."

Park said the new measures are also aimed at providing a safe environment for students ahead of the nationwide college exam slated for Dec. 3, which was already delayed by two weeks on virus fears.

Without a single, large source of new infections, several cases occurred at various places, including informal meetings, workplaces, hospitals and cafes, posing a challenge for health authorities to pin down their transmission routes.

"The latest trend requires every one of us to strictly follow antivirus steps in our daily lives to prevent another wave of the pandemic," Park said.

South Korea saw its number of daily new infections go over 900 in late February due to major infections from a minor church sect in Daegu, and it raised virus curbs after the daily figure surpassed 400 in late August following a massive anti-government rally in downtown Seoul. 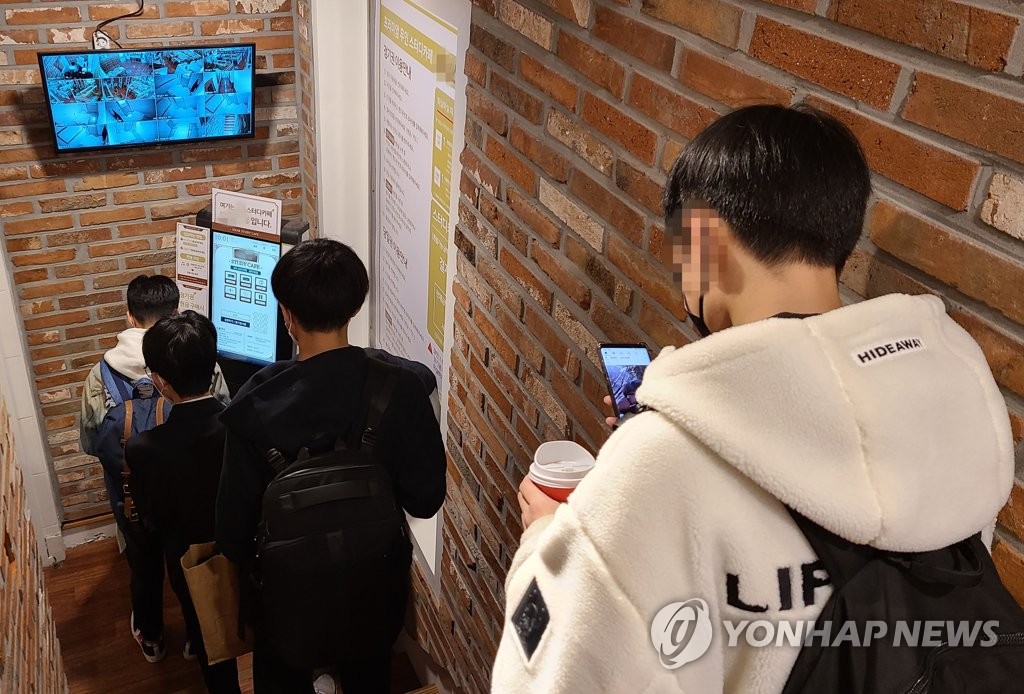 Under Level 1.5, facilities with higher risk of virus infection, such as bars, clubs and indoor concert halls, are required to adopt stricter quarantine measures, such as keeping certain distances between tables and setting up partitions.

Rallies, music concerts and festivals are limited from having over 100 attendants, and attendants are not allowed to chant, sing or eat during the events.

Restaurants and cafes need to keep a 1-meter distance between tables, fill every other table or seat or install partitions between tables.

Sports events and churches are allowed to have only 30 percent of their maximum capacity, and schools should have less than two-thirds of students in classrooms under the second-lowest level.

At Level 2, the pandemic is considered to be spreading nationwide, and nonessential outdoor visits and gatherings are discouraged in the affected zones.

The KDCA said it has nearly completed negotiations with international bodies and global pharmaceutical companies to buy five COVID-19 vaccines, which are currently in Phase 3 clinical trials.

Health authorities have been studying the potential vaccines to make sure they are effective and safe before beginning vaccination in the nation, the agency said, without elaborating on the schedule.

"We set a goal of completing COVID-19 vaccines for those with priority in the nation before influenza vaccination gets under way in late autumn 2021," KCDA Deputy Director Kwon Jun-wook said in a briefing. 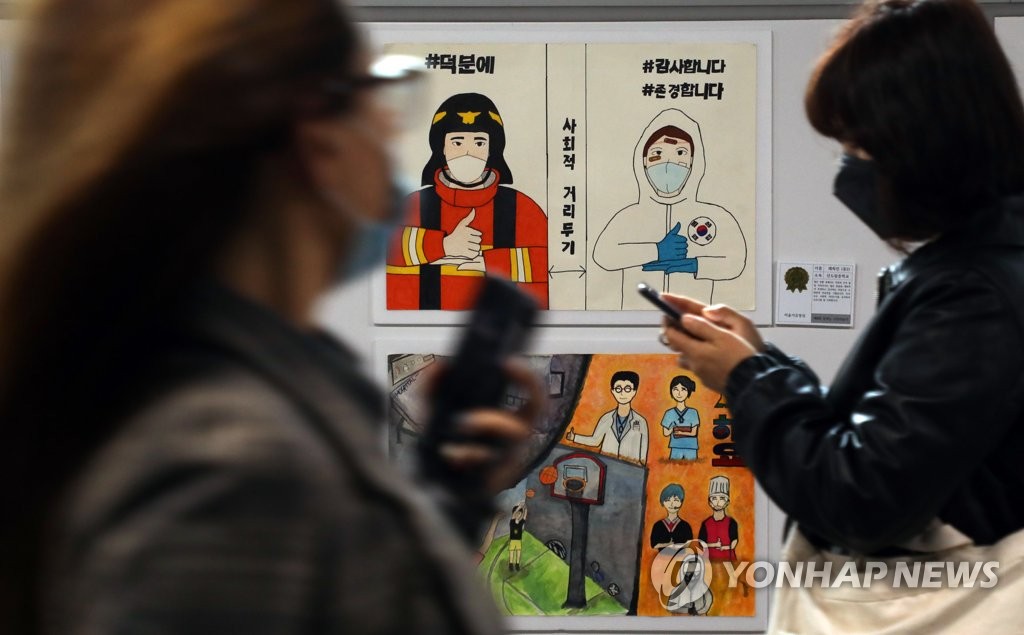 Among the locally transmitted cases, the capital city of Seoul accounted for 87 cases, and Gyeonggi Province that surrounds Seoul reported 38. Incheon, west of Seoul, had 12 more.

Seven more military personnel at a defense ministry agency in Seoul and their family members tested positive for the new coronavirus on Tuesday, raising the total linked cases to 26.

The southwestern city of Gwangju reported the second-biggest single-day tally outside the capital region, with 18 new cases, followed by 16 in South Jeolla Province and 13 in Gangwon Province.

Eight national football team members, including one staff member, have tested positive for COVID-19 during their stay in Austria, and the government is preparing an air ambulance to safely transport them after a friendly match against Qatar later in the day, the KDCA said.

The country added 28 imported cases, up from 30 on Monday. Eleven were from the United States and eight were from Russia.

The number of seriously or critically ill COVID-19 patients came to 60, up from 55 on Monday.

The KDCA reported no additional deaths, keeping the total at 494. The fatality rate was 1.7 percent.

The number of people released from quarantine after making full recoveries came to 101, raising the total to 25,860.