SEOUL, Nov. 17 (Yonhap) -- The number of multiple home owners in South Korea grew by more than 90,000 over the past year, data showed Tuesday, amid the government's efforts to curb rising home prices.

The portion of people who have more than two houses accounted for 15.9 percent of the total home owners of 14.3 million in the cited period, up 0.3 percentage point from a year earlier.

In Seoul's posh southern district of Gangnam, the portion of multiple home owners hit the highest of 21.5 percent, according to the data.

In land-starved and densely populated South Korea, owning a home has been long regarded as the main way to augment one's assets.

The government has rolled out a series of comprehensive measures to stem rising home prices, including tax hikes and loan regulations. But the measures have resulted in a only short-term letup in housing prices.

Amid expectations for further gains in home prices, excess liquidity from record-low interest rates has made its way to the property market.

Meanwhile, the number of people who possess one house came to 12.05 million, accounting for 84.1 percent of the total home owners, the statistics agency said.

The number of new first-time home buyers reached 832,000 in the cited period. Of them, the portion of people having one house came to 95.9 percent of the total. 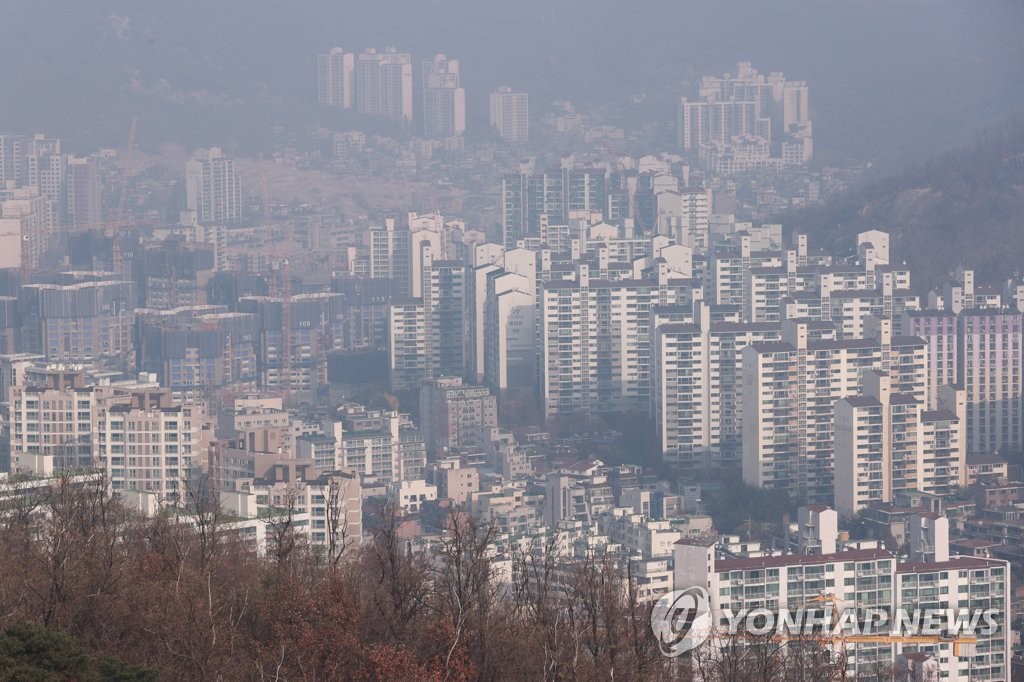 No. of multiple home owners grows by more than 90,000 over past year

No. of multiple home owners grows by more than 90,000 over past year